Josh Azouz is a fricking brill writer (The Mikvah Project! The terrifyingly stirring, powerful Buggy Baby!!). Ned Bennett is a fricking incredible director (Pomona! Buggy Baby!! An Octo-blummin-roon!!!). Any NYT member working under such an edgy, exciting, daring duo is likely to be hitching a ride on a wild rollercoaster of surreality, invention and novelty.

And Victoria’s Knickers, premiering at Soho Theatre, fits the bill exactly. Loosely based on a true story of Edward Jones (played here by Jamie Ankrah), who apparently broke into Buckingham Palace multiple times between 1838 (aged only 14) and 1841, the rumours were that he stole both into Victoria’s own bedroom and, sensationally, her undergarments. 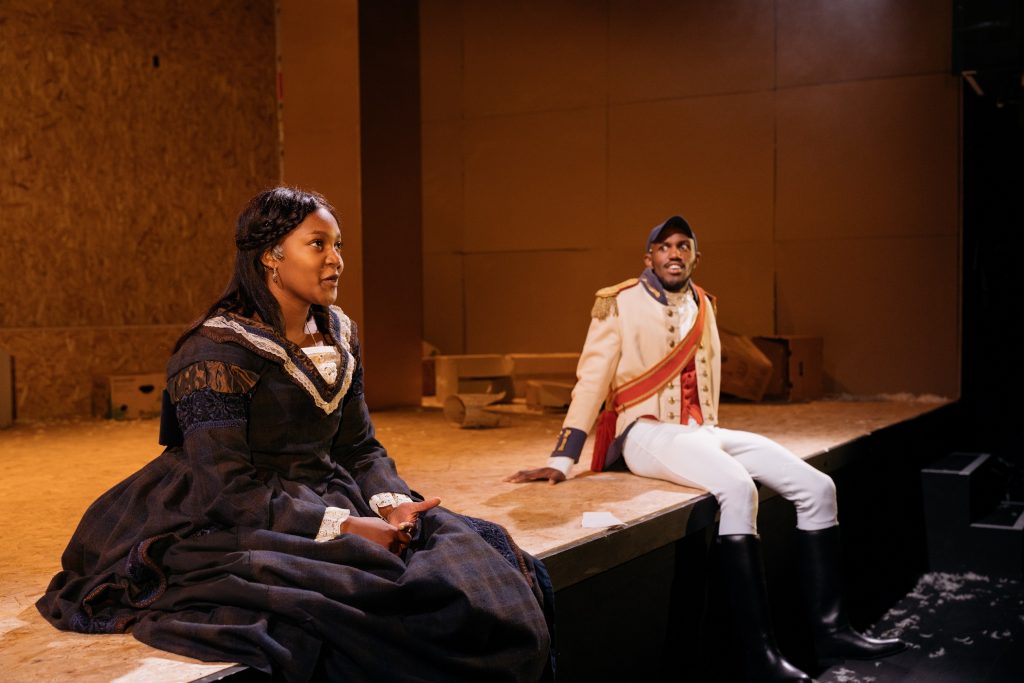 Azouz takes the premise and runs with it (what would a teenager and a young queen do in a bedroom together?) to dish out a sordid tale of forbidden romance (think Anakin/Padme vibes) chock full of both anachronisms and attitude. It’s the classic tale of rags colliding with riches, of “grass is always greener”.

It’s also ridiculous and funny. The NYT company are on a grand and impressive form – especially Alice Vilanculo’s central performance as Victoria, regal yet slowly hinting at a constant sense of discomfort with her position, not asked for, inherited without consultation. One great scene during her coronation sees a paper crown dumped in front of her, token, irrelevant and meaningless. For working-class urchin boy Jones the crown means freedom, for the queen it means confinement. 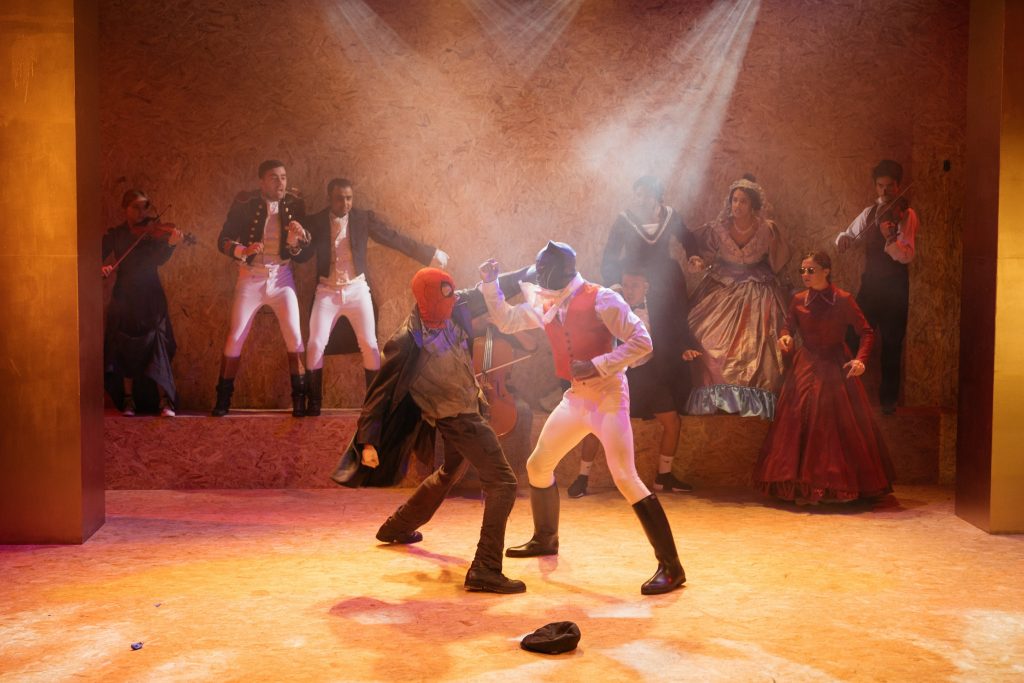 The music, courtesy of Chris Cookson is catchy and tuneful, marvellously mixing styles (with a stand-out vocal performance from Oseloka Obi), while an ad-hoc rendition of “No Diggity” is spades of fun.

The problem is, Azouz’s premise doesn’t have the necessary bite. Buggy Baby worked so profoundly because it was based in the here and now, taking the reality of displaced immigrants and transforming it into an unsettling surreality. Victoria’s Knickers, already a surreal concept, just becomes, well, even more surreal. Victoria’s Knickers starts to feel toothless – only the sudden execution of one character’s family member gives the show a sense of emotional weight.

Bennett’s direction always has a bubbling undercurrent of violence, of creeping dread. He finds the absurdity in horror and the horror in absurdity. The same is true here, with chainsaws, gimp masks, eyeball gauging and cock-fighting – not likely for the faint of heart. Jess Bernberg matches Bennett’s ambition keenly, with the stage constantly awash with bright, bold colouration. 19th century England as seen through a kaleidoscope. But while there’s certainly a degree of shock, because Azouz’s play never feels like it has the same intensity of Bennett’s other work, it never gels as cleanly.

There’s a strong start down a brilliant path here, and with more work, the play could be something genuinely inspired. The cast performs adeptly, with a sense of playful joy at being able to brandish one-liners and witty retorts. It does amount to a genuinely enjoyable experience. But by the same token, it could have amounted to more.

Victoria’s Knickers is on at the Soho Theatre until 10th November. Tickets start at £11.00 and are available here.