Review of: A Streetcar Named Desire

Tennessee Williams said the play is about ‘delicate people’. We none of us are exempt from this and the sexual politics within this production seem particularly relevant.

‘Can we talk frankly?’

‘There’s no other way we can talk.’

So goes the interview where Tennessee Williams interviews himself. Frankness is a thing with Tennessee Williams’ plays; it is the same with A Streetcar Named Desire. ‘Stanley’s the only one of his crowd that’s likely to get anywhere’ says Stella [Vanessa Kirby]. 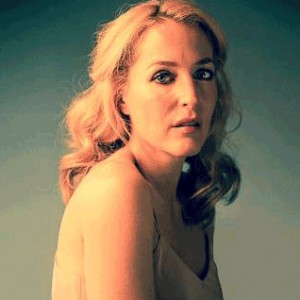 Identity. Who are we and what might we be? It’s a question asked in various forms in this production performed in the round at the Young Vic Theatre. Gillian Anderson’s Blanche is a could have been who wants to become. A woman who lives laden with guilt [which is funny, because TW did not believe in guilt] over the death of her homosexual young husband, richochets off his suicide and her and society’s homophobia to losing her school teacher job, into shady hotel exploits with rich lovers, losing Belle Reve [the sweet dream] before arriving, like an alien from another planet, into the lives of her sister Stella and husband Stanley Kowalski [Ben Foster]. The Young Vic and Benedict Andrews directing, continues the seeming seasonal theme of rejected individuals and broken communities, following on from Happy Days, A View from the Bridge, Red Forest, Valley of Astonishment and The Events and has Blanche as a woman Stanley [and his community of friends] understands all too well but cannot accept. And neither her him, or them. And life, the way it is, becomes unbearable for Blanche as bit by bit, Stanley strips away her necessary delusions and confines her to the psychiatric ward.

Andrew Haydon asks whether ASND is still relevant and why we should still want to watch this play. He is thinking in particular with reference to an article by actress Doon Mckichan in the NewStatesman which voiced concern about our culture’s predisposition of indulging our love of violence towards women shown on stage and screen. But I don’t believe that there is a problem here. Any violence derives from everyone’s inability to articulate themselves in any other manner- it is not sadistic or salacious in the way Doon Mckichan talks about in relation to her own experience. As it turns out, the women are as good at it as the men- it is not only Blanche who gives as good as she gets, as the New York Times suggests, but the other female characters as well.

Like the people in the novel Germinal [Zola] Stella and Stanley both embrace their way of life and its necessary melodrama [the violent arguing makes the sex even better]. Whereas Blanche rejects this outright and the sensitive Mitch [Corey Johnson] with his [in this production] slightly implied sexual duality, is torn between the violence and good manners. Gillian Anderson’s Blanche could be the bad feminist of the Roxane Gay kind. Constantly in internal conflict, she desires to control and yet wishes to be taken care of. If she had a car, she’d drive around listening to rap whose lyrics she would hate, but whose poetry she would love. She loves men of all sorts, yet despises them at the same time. She can’t understand Stella’s animalistic love for Stanley nor that they have found each other because their erotic needs are the same. Her erotic needs, in part satisfied by art and poetry, are smashed by the idea that sex is and can be brutal. How is it that Stella can embrace her sex but Blanche cannot? Blanche wears all the dresses but is less of a woman than her sister. And is Blanche’s propensity to keep stepping into the light and exposing herself an indication of something abusive in her childhood or just desperate need?

Perspective is everything in this production. A metaphor for Tennessee Williams’ original thoughts about the play. The revolving stage skewers our view- both of scenes and of characters. Comparisons with Francis Bacon have already been made. But the set, by Magda Willi, is also the streetcar Desire ‘853’ and belatedly, the hospital. Its downside is that the perpetual movement destroys the ability for held moments of tension- which the audience wills. The counter argument to this is that this is a Blanche continually on the move, not resting in the mire of her own self pity but riding the spinning rocking tram car which is surely going to crash.

Whilst the division of the stage allows us to see simultaneous action and character responses, giving us theatre’s equivalent of the CU or continuous take – think Hitchcock’s Rope- [and the scene where Stanley returns to over hear Blanche’s ghastly and cruel tirade against him] it also dictates what the audience will see and when. Audience members sitting opposite me witnessed things I did not and vice versa for example. This may add or detract from a person’s interpretation.

Tennessee Williams said the play is about ‘delicate people’. We none of us are exempt from this and the sexual politics within this production seem particularly relevant. Not least the tiny detail, which most of the audience will not have seen, where Mitch tenderly kisses Stanley as he lays him in the bath after a drunken violent poker game. The stage directions in the play are clear – ‘the men talk softly as they lead him [Stanley] to the bathroom. Sounds of blows are heard.’ In this production Mitch is left to take Stanley to the bathroom alone, where he offers his hesitant and tender kiss. Surely such a small and yet important detail is a suggestion of Mitch’s tenderness towards Stanley and perhaps something more? Yet Mitch quite plainly has feelings for Blanche too. This duality of gender, almost bisexuality, could be the bridge between Stanley and Blanche. Mitch is equally at home with Blanche’s artistic sensibility as he is with Stanley’s crudeness. In him the two meet. And surely it questions the propensity of who we may fall in love with and why? Does sexual orientation dictate whom we fall in love with or can compassion- the feeling Blanche and Mitch have for each other- override orientation? The scene where Blanche and Mitch have their final fall out is the most heart wrenching.

But the production is, as Matt Wolf suggests, also about communal loss. We don’t go with Blanche [in our hearts and minds] as she is led away by the doctors [in contrast to Arthur Miller’s experience when viewing the play for the first time]. I believe our identification remains with the people left behind- unable as they are- and somewhat unwillingly- to prevent this catastrophe. Blanche’s lack of presence, her departure, leaves a gash in the auditorium where the stage should have been- the production is not so much about the madness of a woman and her inability to navigate the world but society’s, through no fault of its own, inability to deal with this. And this is the tragedy and realism we all live with on a daily basis. The ‘crying need of a great world wide human effort to know ourselves and each other a great deal better- well enough to concede that no man has a monopoly on right and virtue anymore than any man has a corner on duplicity and evil.’*

What’s in store for Blanche now? A lobotomy, like Tennessee Williams’ own sister? The hopelessness of the situation is at least countered by Stanley’s newfound compassion and tenderness for Stella- supposedly the ‘normal’ ones.

Tennessee Williams always considered his work as psychotherapy for himself. Is the rough tenderness Stanley shows Stella enough of a balm to heal the wounds the play inflicts? For is it not Blanche who is more in need of a kiss? As they say, those in need of love rarely receive it. The last word from Tennessee Williams..

‘have you not noticed that people are dropping all around you, like moths out of season, as the result of the present plague of violence and horror in the world and time we live in?’

This play and production should make you notice.

* taken from Tennessee Williams interviewing himself