ENYI OKORONKWO plays Donovan, a young black man running from his girlfriend into a relationship with another man, in Boy with Beer, performing at the King’s Head Theatre until 26th November. Writer Paul Boakye says of the play “I started to write because the lives of Black people were not being portrayed on British stage and screen… it is still rare to see Black life at the centre of serious drama in England.” 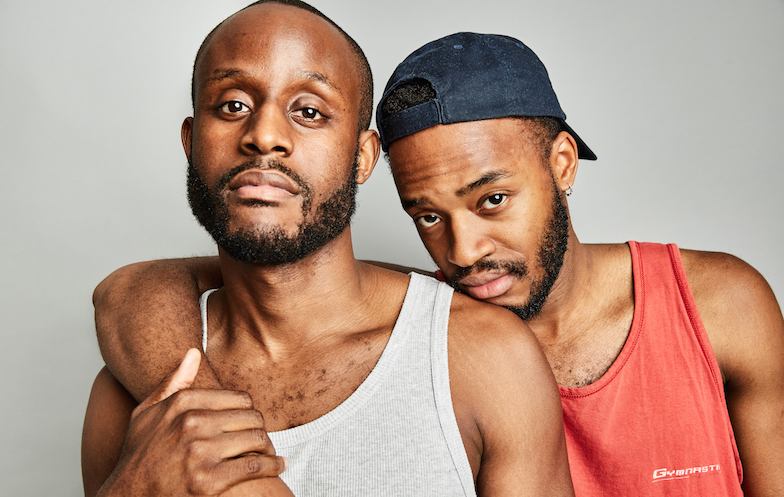 Chin Nyenwe and Enyi Okoronkwo (right) in Boy with Beer

Theatre Bubble: It is Boy with Beer’s 25 year anniversary. What makes this the right time and place to revive the play?
Enyi Okoronkwo: Well at the time it was very much set in the modern day. Now it’s an important part of history that we would do a disservice to if we neglected it. Paul’s writing is personal and beautiful so I hope it gets revived and appreciated again and again.

TB: What advice do you have for someone attempting to pursue a career as an actor?
EO: I don’t think I’ve learned enough or know enough to give proper reasoned advice! But something I’ve learned is to embrace failure. Acting is mostly failing. Fail in the right direction and try not to apologise to much for doing it. But as I say – I know literally nothing.

TB: Do you think LGBTQ representation is still problematic on the UK stage?
EO: Again I think it’s important to point out my ignorance. But the fact that the question is being asked must at least indicate a certain way to go. More diverse stories need to really solidify themselves in the mainstream – and that’s our responsibility. Theatre is for everyone but if it fails to be so it often is a reflection of a wider societal issues, so everyone is responsible for being more culturally progressive than we are. In my opinion.

TB: What would you most like to change about the industry?
EO: The fact that more doors are open to those who are more privileged. It is a very personal vocation and people often measure themselves against their success. So really what can often happen is a lot of actors who can’t afford drama school auditions let alone drama school or expensive industry days think they are somehow worth less than those who can which is awful. Not to mention if the industry gets more inclusive the stories it tells will be too – who doesn’t want that?!