Okay – I accept this is completely off topic for theatre – but it was a quite day in the office! For over 60 years the location of Ambridge, the village at the centre of the worlds longest running soap opera, has remained clouded in mystery and speculation. We knew (despite the cast’s accents!) that the location was somewhere near Warwickshire, due to mentions of the village’s proximity to the National Agricultural College in Stoneleigh – putting Ambrige both in the physical, as well as emotional, heart of the country. But with new maps released by the BBC as part of their new flooding storyline I think it’s possible to pin point the actual location of the village … and find its real life counterpart. As you can well imagine this is earth shattering news – and might just make one small Oxfordshire Village the world’s most important visitor attraction of 2015.

First off we’ve long had the following map of Ambridge available on the BBC website as a screen saver: 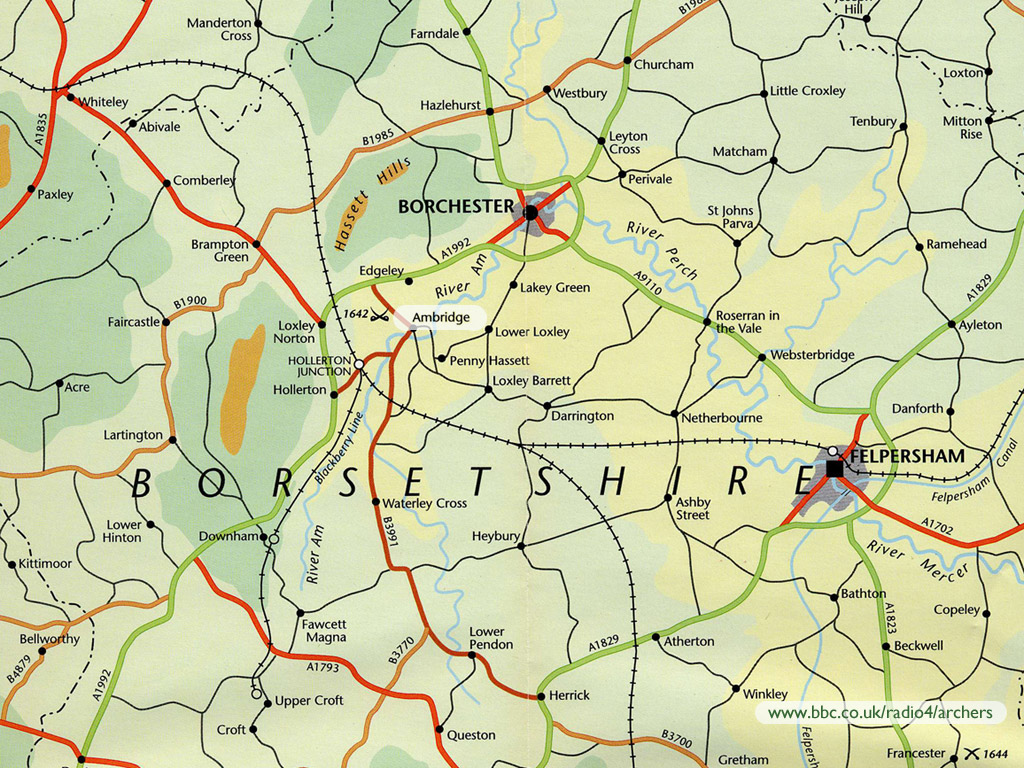 Which by itself wouldn’t be much use. But with the new story line they’ve released the following image: 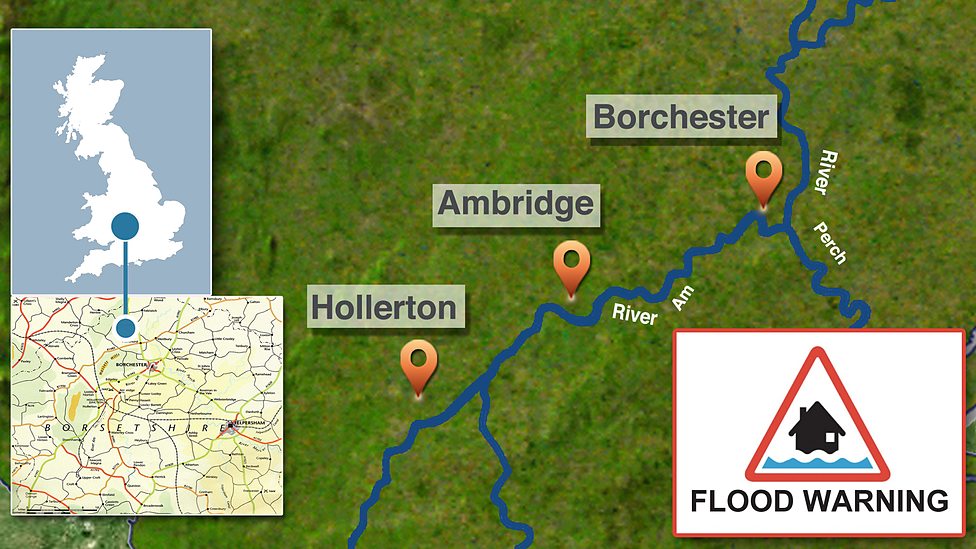 Which clearly places Ambridge within the Warwickshire / Oxfordshire borders – which would tally with the earlier mention of Stoneleigh. Looking closer at the screen saver map we see a battlefield from 1642 next to an area called Edgeley. The most noteworthy battle in 1642 in Warwickshire is of course the battle of Edgehill – which started the English Civil War. If we compare maps we see the ridge above Edgehill closely resembles the ridge on the Borsetshire Map:

Location of Edgehill vs Battlefield and town of Edgeley

So if we then overlay both maps we can clearly see that the real location of Ambridge is in fact the Oxfordshire town of Hornton. Borchester is clearly Warmington and Felpersham is in fact Banbury:

The real town of Hornton appears to have many similarities to the town, as portrayed in the illustrations on the BBC website of Ambridge particularly the church as shown below. The famous Bull pub finds its real life Hornton counterpart in the Dun Cow as shown below. Explore the town for yourself here.

Cramming the contents of four novels covering a period of 60 years into 2 plays is a tough ask. It [Read More]