Wales Millennium Centre is delighted to announce the casting of Wynne Evans as Sir Galahad in Spamalot which will play from 20 – 24 March.

Wynne Evans is an opera singer and broadcaster known to millions throughout the UK as the face and voice of the GoCompare.com ad. Over fifty radio and television commercials of this multi-million-pound advertising campaign have made him a household name. As a radio and television personality, he now presents his own daily show for BBC Radio Wales as well as making numerous appearances presenting on TV for S4C and BBC.

His appearances around the world have ranged from singing over a hundred roles in major international opera houses, such as the Royal Opera House Covent Garden, English National Opera, Welsh National Opera and the Opera de Lyon, to concerts, galas and recordings with many of the UK’s premiere orchestras, including the RPO, the LSO and the BBC Symphony Orchestra, and have taken him to major concert halls and arenas including the O2, Wembley Arena, Wales Millennium Centre and over 150 performances at the Royal Albert Hall, where he appeared not only in the Proms, but also starred as Piangi in the 25th Anniversary Performance of The Phantom of the Opera, broadcast to cinemas worldwide and released on DVD. He became a firm favourite at the Milllennium Stadium in Cardiff where he most famously responded on behalf of the Welsh Rugby Team to the New Zealand Haka and went on to sing at over twenty international games.

No stranger to Wales Millennium Centre Wynne is delighted to make a welcome return in the role of Sir Galahad in Spamalot and says;

‘I’m so excited to be joining the Spamalot cast at the wonderful Wales Millenium Centre.    It’s a great feelgood show and one that I have loved for a long time.   Everyone is going to come out laughing and singing the tunes!    And I’m so pleased to be back at the WMC:   I’ve sung in so many operas there with Welsh National Opera over the years and I’ve presented and sung concerts with many orchestras there too.   It’s going to be fantastic making my debut as Sir Galahad in Spamalot in such a stunning venue! ‘ 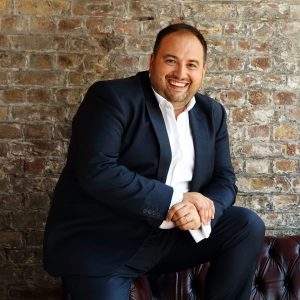 Funnier than the black death!  Spamalot is headed for Wales Millennium Centre in a brand-new production from Selladoor Productions and Mercury Theatre Colchester.  Lovingly ripped off from the hugely successful 1975 film Monty Python and the Holy Grail, this spammier than ever production is a riotous comedy full of misfit knights, killer rabbits, dancing nuns and ferocious Frenchmen. Join King Arthur as he travels with his hapless Knights of the Round Table on a divine mission to locate the illusive Holy Grail – with uproarious consequences.

Spamalot was the winner of the 2005 Tony Award for Best New Musical, while it enjoyed a victorious West End run. This hilarious show is written by Python legend Eric Idle, who has been entertaining the British public for over 50 years. The funnyman also wrote the score alongside John DuPrez, famous for his work on Monty Python’s The Meaning of Life amongst a host of other big-name scores.

With comic tunes including Brave Sir Robin, We’re Knights of the Round Table and perennial favourite Always Look on the Bright Side of Life,  Spamalot audiences are sure to be dancing in the aisles.  Don’t be a knight who says ‘No’ …. Grab your coconuts and gallop down to Wales Millennium Centre to book your tickets today!