Mark Sands is one of the Creative Directors of Ardent Theatre Company, a new theatre company set up in August 2014, producing politically engaged theatre that supports the careers of recently graduated artists. Their commitment to artistic excellence, fair wages for artists and affordability of ticket price led to their turning to crowdfunding in order to finance Party Lines, a theatrical response to the election. 5 writers picked one political party – Conservative, UKIP, Green, Labour, Lib Dem – from a ‘ballot box’ and were given 6 weeks to write a 15-minute play inspired by their chosen party. The plays were performed by 10 actors at Westminster Reference Library for one night only – Friday 8th May, the night after the General Election. Ardent Theatre raised £8,100 from 17 Backers on Crowdfunder – the highest ratio of donation per backer of the companies we have interviewed this week. 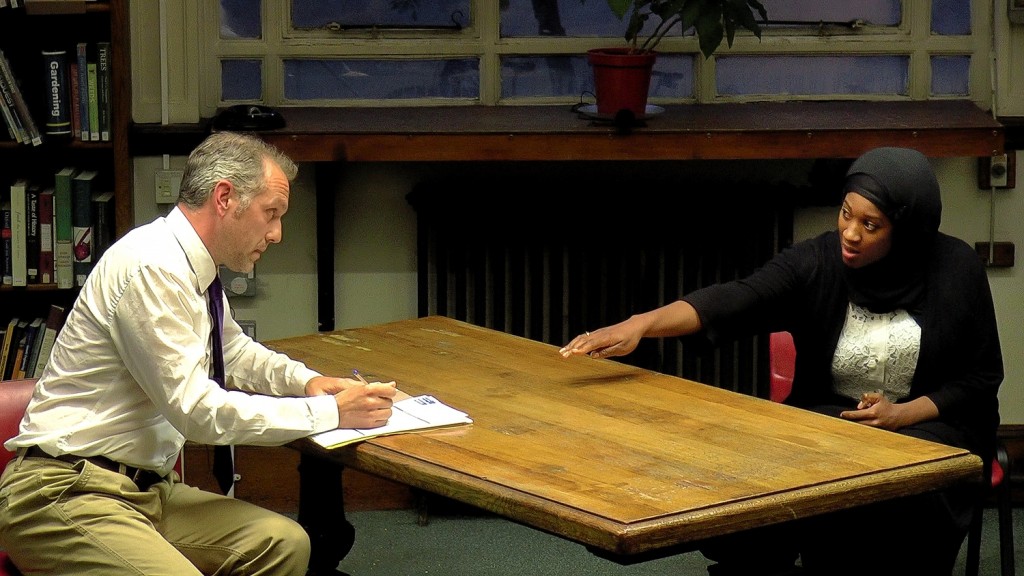 TB: Why did you turn to crowdfunding?
MS: As a new company wanting to establish itself we knew funding would be difficult. From the outset we wanted to make a commitment to paying artists at least Equity minimum, which meant the budget was around £30K even for a performance that took place on one night. We knew Arts Council England would be unlikely to award a major grant at his stage in our development and therefore we applied for £15K, which we were successful in getting. We’d secured another £1,000 from a Trust and some other small donations. We also knew that ticket income would only raise about £500. This left us with an impossible task of raising the shortfall which is why we turned to crowdfunding.

TB: What do you think makes a successfully crowdfunded project?
MS: I think crowdfunding only genuinely works if you already have in place a large fan base with the ability to give. I also think theatre productions are difficult because often you are targeting the same people who you want to buy tickets, which means you are asking them for money twice. For a film product it’s different because there’s no second stage expectation to pay, since those who donate can be rewarded with a preview screening, online link or even a copy of the film itself. Also, I think more charitable causes are more successful because there is a tangible benefit. With theatre, it’s subjective what the benefit is and often you are raising money to pay artists and production costs.

A successful project (and by this I mean an arts project) is probably one that has a high-level reward benefit for the donor. They are more likely to pay for that, rather than the artistic product itself.

TB: How was your experience of the crowdfunding process? Would you recommend it?
MS: Honestly, we struggled. At first we offered tickets to the event as the reward, with additional benefits for higher donations. This confused people who were not used to getting tickets this way. We soon realised it wasn’t working and set up a separate means to secure tickets. This meant we had lost any incentive for people to give and had limited flashy rewards we could offer. Having said this, we did get a few substantial donations based on just wanting to support the project itself. However, we had in place a donor who had offered to make up any shortfall, which is why we appeared to be more successful than we actually were.
We are looking to do it again. This time we’ve worked hard to build contacts with people who have the ability to give as well as lining up a few key organisations with access to a large crowdfunding audience (one such organisation has 1.5 million members).

To me, crowdfunding seems a good idea on paper and politically I like the idea of a sort of mass public ownership of art, but in reality it was a last resort for us and didn’t go as well as planned. We were saved only by a single donor as our plan B to make up the shortfall.

TB: Do you think the crowdfunding process is just a case of the theatre industry being subsidised by those who work within it?
MS: I think so. I think the process is a case of who you know and that those likely to give are those who know and support the company already. I doubt there are many examples of ‘cold calling’ donations of people who see it advertised and just decide to give. As I mentioned, we’re about to embark on another campaign with 1.5 million members that know nothing about Ardent, but do know the organisation we’ve aligned ourselves with. This will be the real test for us whether a crowdfunding model can really work as a means to fund theatre productions.