Review of: Director's Cut at the Vaults

Kill The Beast have been tearing up the fringe scene for many a year, and seeing them come to VAULT festival as part of New Diorama’s festival takeover feels more like a theatrical treat than anything else.

But this is a company that doesn’t rest on its laurels, delivering a fantastic instalment that previously had its premiere at the Edinburgh Fringe in 2018.

Director’s Cut is everything you could want from a farcical fringe production: multi-roling, slapstick, stupidly trivial humour and characters ratcheted up to 11. With laughs aplenty and a stupidly contrived plot (inspired by the likes of the infamous Ghostwatch) about a deceased actress who comes back to haunt the film studio she’d previously been working on, there’s a lot of whimsical weirdness and tongue-in-cheek dark comedy to make for a solid hour of fun. 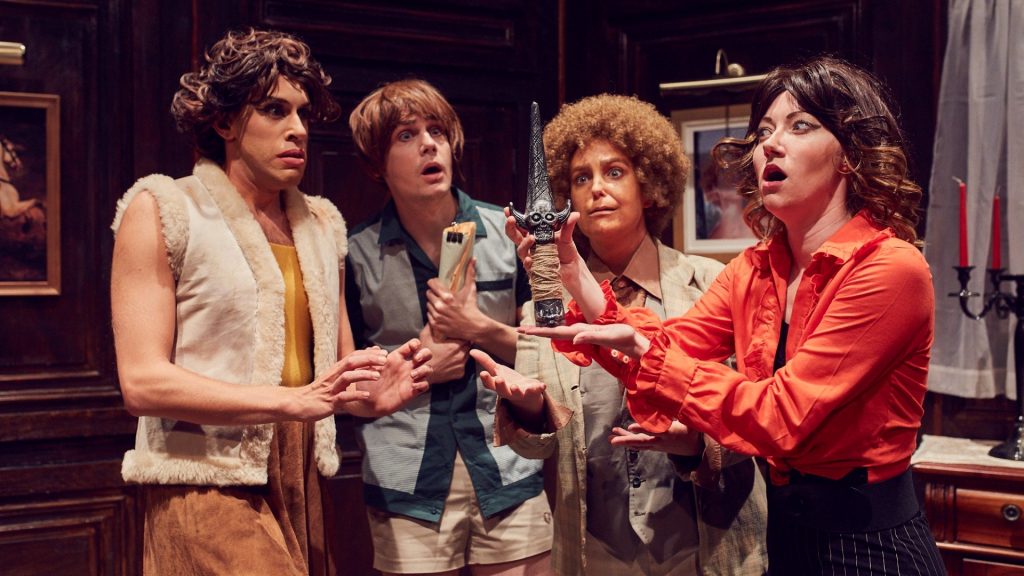 The company’s real forté lies in the fact that beneath all the silliness is a slick production,  utilising screens and live video to mask costume changes and add supernatural vibes to the events occurring on stage. Low budget has never seemed so high quality.

Director’s Cut may only be having a short stay at the VAULT Festival, but fingers crossed, it’ll be back for a longer run soon.