Last week Wefund, the website that claimed to have introduced crowdfunding to the UK, closed its doors, thanking the contributors and donors that had enabled it to raise £315,114.27 of funding since the site’s birth in October 2010. When Theatre Bubble last reported on crowdfunding in April 2014, editor Alexander Parsonage worried that the phenomena was merely “another way for the artistic community to subsidise the industry” and “neither positive, productive or in any way sustainable.” In the wake of the demise of Wefund, we at Theatre Bubble decided it was time to see if things had changed, and to assess both crowdfunding’s impact and whether it has become a viable alternative source of funding for the theatre industry. Over the next month, we will interview companies across the industry that have turned to crowdfunding to finance their productions, as well as volunteering our own perspectives on the legacy of sites such as Wefund. 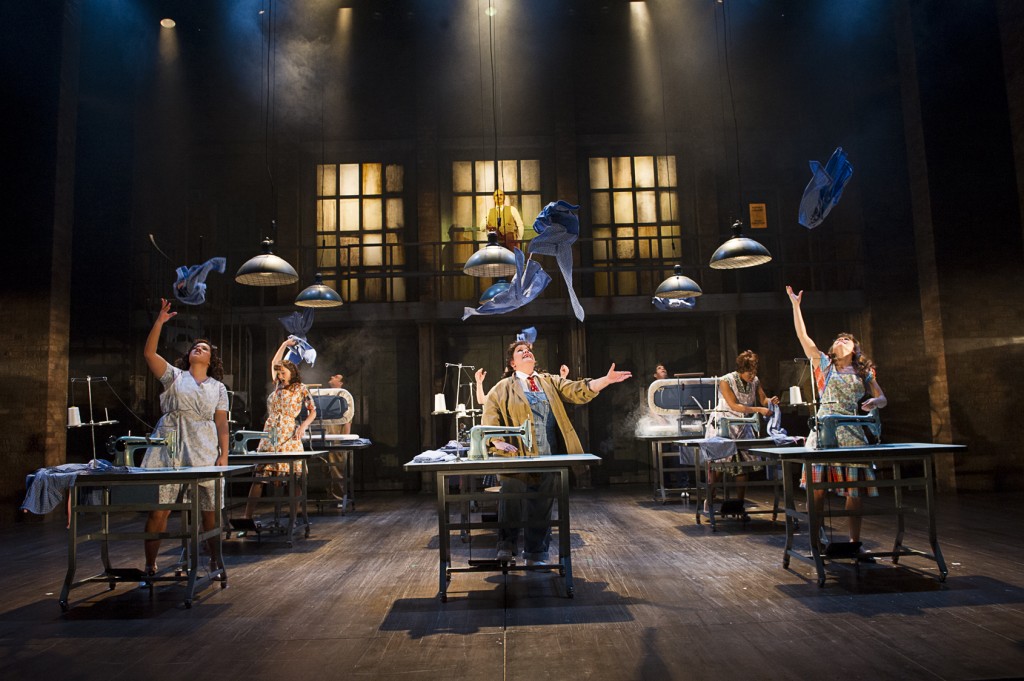 What is it – Crowdfunding is a way of funding a project by asking for small donations from a large group of  people – rather than the more traditional method of asking for large sums of money from a small number of institutions or people.  So if you need to raise £10,000, for example, you can ask 1000 people for £10 rather than asking 10 people for £1,000. In theory the sums of money asked for are suitably low that anyone could afford to back a project. In this sense, crowdfunding has been hailed as the democratisation of philanthropy – allowing anyone to support the creation of the arts.

Donors receive rewards or ‘perks’ depending on the level of their contribution – for a theatre production, for example, £5 might grant you a mention on the website, whilst £1,000 might buy the title of ‘Executive Producer’. Crowdfunding has so far been used in the industry to fund tours and new productions as well as renovating theatre spaces and paying the course fees of individual artists.

There’s nothing new about the idea of sourcing small amounts of money from large numbers of people in order to finance artistic projects. The Royal Albert Hall was essentially paid for through crowdfunding, and the tradition of funding book publishing through mass subscription goes back to the Seventeenth Century. What is new about the crowdfunding phenomenon now, however, is the internet. On a practical level, the internet provides a platform which makes it possible for anyone to put their project in front of a global audience with very little or no upfront cost. For donors, the ability to champion a project by becoming a ‘backer’, all from the comfort of your computer screen, speaks to the zeitgeist of the slacktivist clicktivism generation.

Internet crowdfunding predates dedicated crowdfunding websites. It emerged organically in the early 2000’s as people realised they could use email and websites to ask for small contributions for campaigns and projects. As a fundraising model it was thrust into the international spotlight when it was successfully used to raise campaign funds for the Obama Presidential campaign in 2008. It should be no surprise that it was in the same year that, Indiegogo – the first of a new breed of crowdfunding sites – was launched in the U.S. to facilitate the process of pitching projects and taking donations, and since then numerous websites have launched offering to do the same thing.

How does it work – There are three main forms of crowdfunding:

Who are the major players:

Wefund – launched 5th October 2010 and claimed to be the first crowd-funding platform in the UK, focusing on creativity in all forms. In 2011, Wefund won Website of the Year from the Good Web Guide and came second in the Tech Entrepreneurs investment competition. It closed its doors in January 2016 – whilst no official reason has been given, the 5% fees from the £315,114.27 they’ve raised would only point to a net turnover of just £15,700 in five years.


Indie GoGo – Founded in the U.S. in 2008 with a focus on film projects. Inspired by the frustrating experience of raising alternative revenue for an Arthur Miller play, Indie GoGo is now looking into expanding into equity crowdfunding. The site now features a ‘Coming Soon’ page as well as its own marketplace – a business model it styles as its ‘lifecycle approach’. Applies a 5% fee to successful projects, plus 3%-5% payment processing fees. Has the option of flexible funding, enabling users to keep funding even if they do not reach their target.

Crowdfunder – a smaller site than those above, Crowdfunder claims on its website to be “the UK’s #1 rewards based crowdfunding platform”. The site caused controversy, as it received large levels of public funding and yet still charges the same level of fees as it’s purely commercial rivals. Offers fixed and flexible forms of funding. Has a sister site, Business.Crowdfunder offering equity crowdfunding. Very interestingly, gives this advice on its website: “Line up your first few pledges before going live. This is crucial because your project won’t show up in the Crowdfunder onsite searches while it’s at £0. You could pledge yourself with GoCardless or Stripe.” Whilst not necessarily more dubious than a busker putting their own change in the hat to encourage others, it certainly encourages getting your own contacts to fund your pitch.

Spacehive – An alternative crowdfunding site for financing building projects to “bring civic spaces to life”. Used two years ago to save The Yard from winter closure. Fixed funding only,  applies a 5% fee to successful projects, plus payment processing fees.

In the coming weeks, watch out for our articles on the pros and cons of crowdfunding for theatremakers, interviews with crowdfunded productions, a guide of ‘how to crowdfund your production’ and on crowdfunding campaigns that excite us!