Review of: The Open House at the Print Room, Coronet

An ordinary, respectable house where a disorderly, disrespectful family gathers. However, the play by Will Eno described as “subversive and darkly hilarious” manages to be more the former than the latter.

Quite unlike the previous shows I saw at the Print Room, for The Open House the stage is furnished with a grey, neat, polished set design. An ordinary, respectable house where a disorderly, disrespectful family gathers. However, the play by Will Eno described as “subversive and darkly hilarious” manages to be more the former than the latter.

I’ll say it straight away, the show has a rather grey start. At some point, mocking his Son, the Father claims it’s “all… like… beige”, which is ironically a rather apt description of the first part of the show. The family is gathering for the parent’s anniversary, but they have hardly anything to say to each other, and when they do, it’s nor particularly nice. You can cut the tension with a knife, and there are a few cleverly nasty punchlines. The family is disrupted, flimsy, and the lack of communication is painful to watch. But it’s all a little too awkward to be genuinely and darkly funny, and a little too civilised and static to be really ground-breaking.

A little comfort is brought by a smile-inducing Uncle (Crispin Letts), who, with a lively interpretation and a slightly more credible American accent, keeps the show going. In the first half, shout-outs also go to the Father (a Greg Hicks in great shape), an inveterate pessimist, made even more resentful by his recent heart attack, which forced him on a wheelchair. 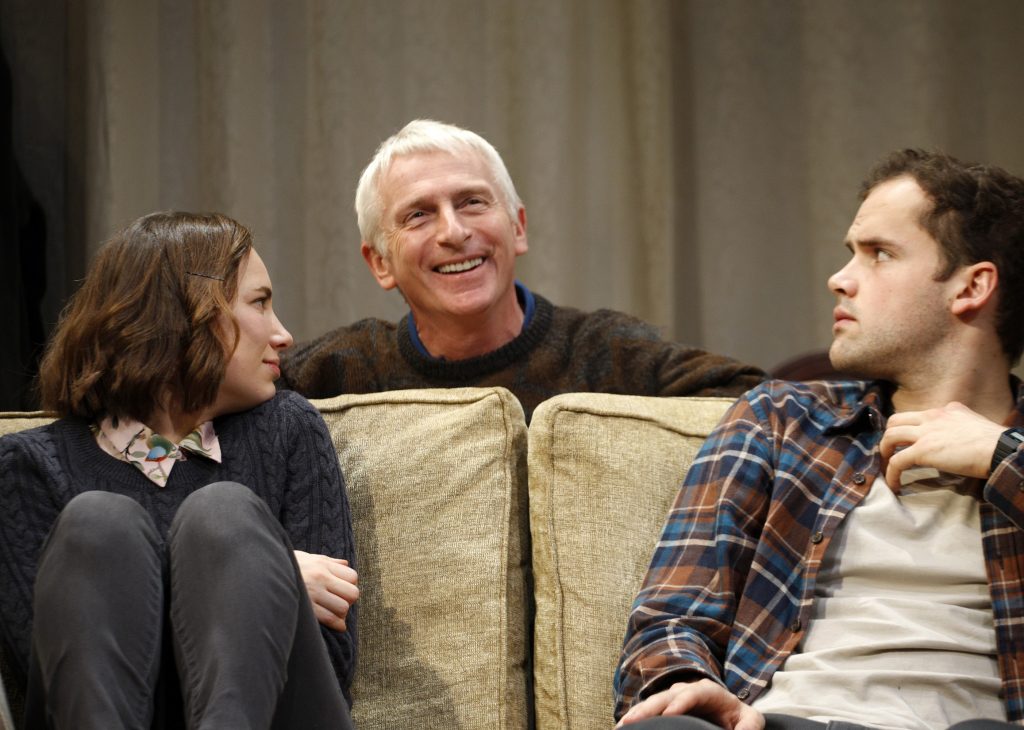 In this dysfunctional family, things really kick off the moment a new character comes in. A bubbly, scintillating Lindsey Campbell – previously playing Daughter – brings in some renovation (in all senses), which gradually invests the whole play and cast. We breath a bit of fresh air; new life is infused into the greyness. It is eye-opening to see how family dynamics are transformed from inside out, and how power roles are subverted. Even the tyrannical Father is silenced by the novelty that breaks into his isolated kingdom. 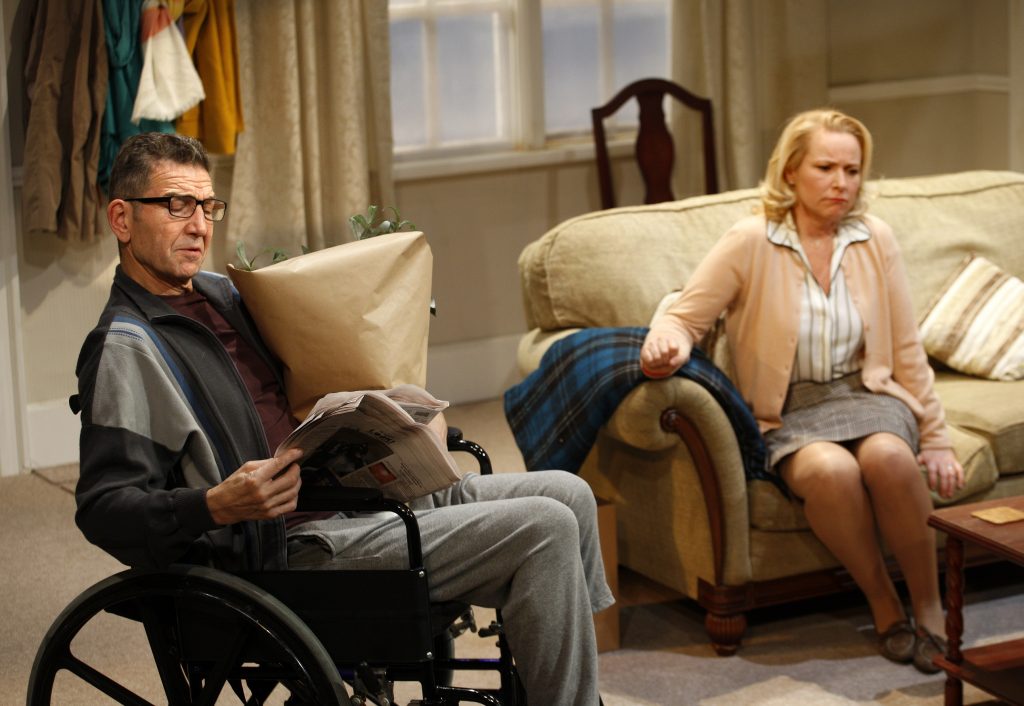 The twist, and the way the play spirals onto itself, is probably the best thing the show has to offer. After the quite dull start, it is genuinely frankly fascinating to witness how much things can change. Arguably, in spite of the change things don’t necessarily lead anywhere, but then again, it depends how much you like an open ending. But watch for the (slightly gimmicky) heart-warming surprise at the end.

The Open House, a co-production with Theatre Royal Bath, runs at the Print Room Coronet until 17th February, at 7.30pm. More information and tickets are available on the theatre’s website.