With a storming opening,  Diary of a Teenage Girl  have kicked off a month long run at the Southwark Playhouse. We thought we’d pop them some questions to get an extra insight into the show!

The Diary of a Teenage Girl recounts the coming-of-age adventures of Minnie Goetze, a San Francisco teenager who begins a secret affair with her mother’s boyfriend.

1) The show actively confronts some intense ideas and themes – why do you think they resonate now though the show is placed almost 40 years ago?

The themes and ideas explored in Diary of a Teenage Girl are universal, no matter what decade or even century. We join our protagonist, Minnie at a time in her life when she is confronted with a new and exciting sexual desire. Burgeoning sexuality is something to which we can all relate; we have all been teenagers and remember the maelstrom of conflicting feelings and emotions.  The backdrop of the fading hippie movement, and rise of punk rock allow us to draw comparisons about what was “socially acceptable” at that time, and how these expectations may have shifted and changed over time.

2) The play has a fascinating genealogy as first a graphic novel, then a film – how has this informed the show’s development process in the UK?

It’s been huge fun because the property transformed from graphic novel to play – first in New York – then play to film and now the play has come to London.

The film was obviously a huge critical hit and has a great following, but it was fun to return to the reasons Marielle Heller adapted the novel for the stage in the first place.

The film is obviously a very naturalistic adaptation of the book but the play is much more dynamic – at times it has the qualities of a musical to really capture the boldness and the extremities of life as a teenager in the 1970s.

3) Complimenting a production with video design has started to take a vital part in theatre (having been a new category at the What’s On Stage Awards last week for example) – what impact are you trying to create with it here?

Minnie is full of young energy and creativity. She expresses herself through words within the piece, but also through pictures in the artwork and comic books she creates.  We wanted to find a way to explore this private side of her personality and to weave this exploration into the narrative. Video design felt like the most exciting way to do this- to watch Minnie’s artwork come to life before your eyes as the narrative unfolds. 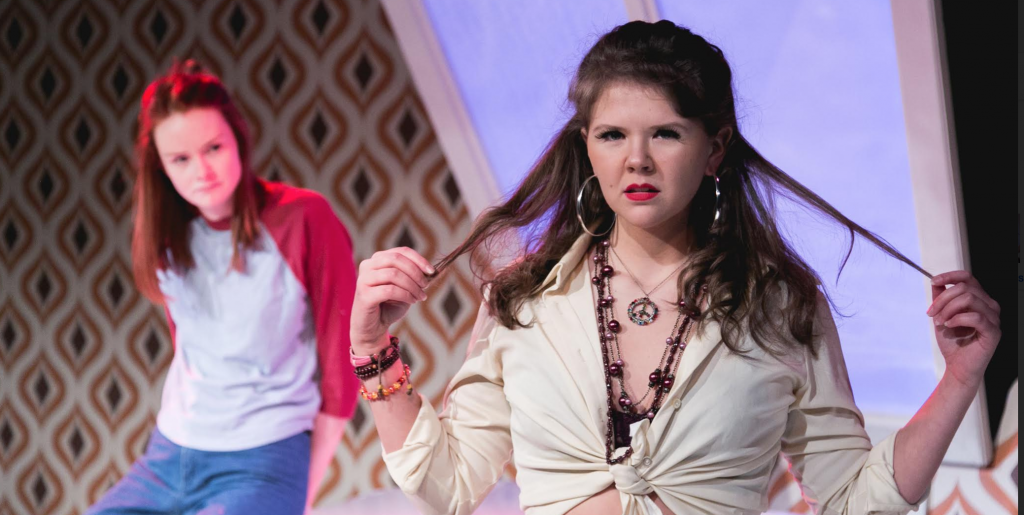 4) A story of a teenager’s sexual encounter with a 30-something man can be quite intense a concept for the show – why do you think it has had such an impact in its various cultural iterations?

There have been many art forms that have explored the narrative of an older man and a young girl. Where Diary of a Teenage Girl is unique is in the recounting of this story by giving full weight to the emotional journey of the girl involved, in a non-judgemental and honest portrayal. Her emotions and desires are not sidelined, but rather we shine a light on what it means to harbour a secret sexual desire, and the consequences of the choices she makes, as well as the choices of those adults that orbit around her and shape her life story. This is about a young woman and her story, an all too rare chance to see explore the female perspective.

5) Sexual and artistic awakenings sometimes go hand in hand in theatre – why do you think this is the case and what does it provide here?

Art and sex are both expressions of self. In both of these expressions, we see a private side of the person, something intimate and unique. Both art and sexuality allow us to explore a side of ourselves which we may not fully comprehend at first; a frightening and exciting side of ourselves full of fear, anticipation and hope. Diary of a Teenage Girl lets us into this awakening, to see it unfurl in all its powerful messy glory.