Review of: Don't Wake the Damp

Produced by:
Kill The Beast

To warn you right at the very start, this review will be a slightly embarrassing conglomeration of every single superlative adjective I have in my vocabulary. Don’t Wake the Damp is simply superb, a fantastic combination of a beautifully funny script, a group of gloriously talented actors that, most importantly, don’t take themselves too seriously, and a breathtaking set design. 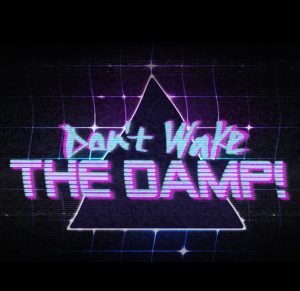 The soundtrack is pulsing and punchy, mirroring the beautifully designed projections that skim across three movable screens gliding across the stage in glorious synchronization. The plot is horrendously complicated and ambitious, but Kill The Beast manage to pull it off with the lightest of touches. The blocking and stylisation is tremendously tight and never gets dull – sequences as simple as walking up and down a flight of stairs are given a new lease of life due to Killl The Beast’s never-ending imagination, and keep their audience hanging on for the full 1hr 20 of the show.

However, most impressively, Don’t Wake the Damp is a play that is utterly unique, not succumbing to any of the usual comedic tropes that get trotted out every Fringe. Every character, who could so easily degenerate into a two-dimensional stereotype, is given enough love and thought for me to get genuinely emotional when they all meet a sticky demise. It takes a company of huge talent to create personalities so utterly ridiculous, and yet so real at the same time. This show balances the wit and the emotion perfectly, and, (this following statement is quite a big one given the number of shows I’ve seen..) is the best play I have seen at the Fringe so far. Utterly glorious.