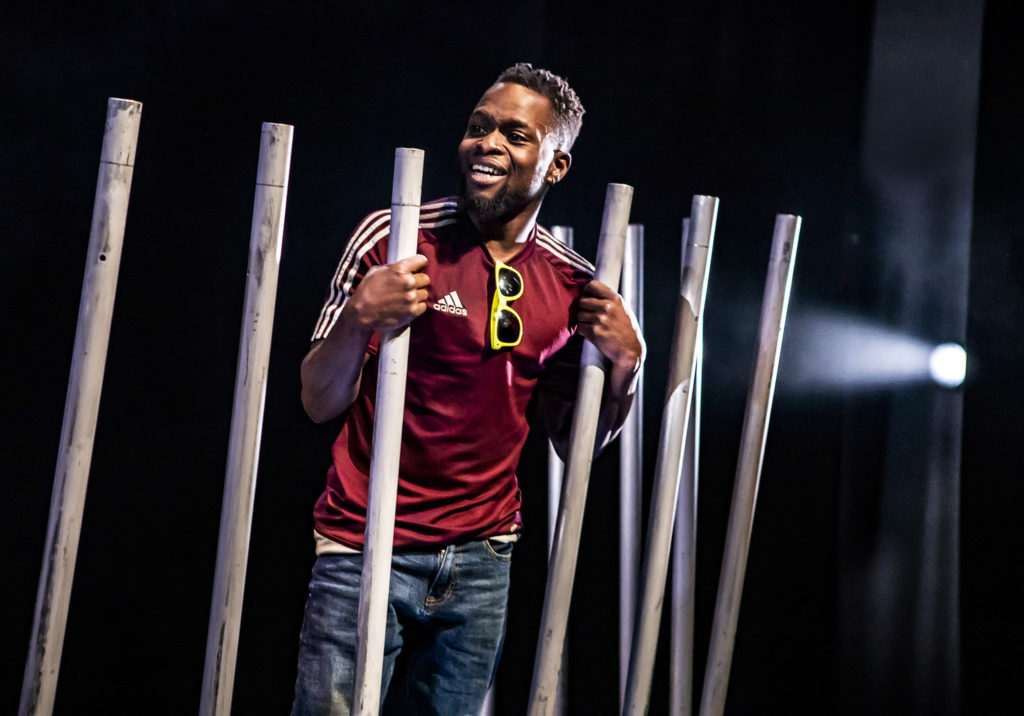 Actor Valentine Olukoga tells us all about how it feels to be returning to  The Fisherman for the British Council Showcase and the Trafalgar studios, his new co-performer and encouraging the next generation of performers. 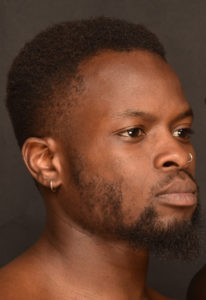 Thanks for talking to us Valentine, how are you finding getting back into The Fishermen again for your Edinburgh British Council Showcase and Trafalgar studios runs?

It’s been difficult, as it has always been really. ‘Cause Fishermen is a very very demanding show physically and mentally, and obviously I haven’t done it in, you know, just coming up to a year. So to get back into the swing of that kind of, the physicality’s and the change of characters and the kind of headspace you’ve got to be in, that alone is draining. To then be in the headspace and to then do the action and do the stuff, is even more draining and also to support David who’s obviously just come on board, and to make sure he feels comfortable with everything, again that adds elements of tiredness. But it’s all a fun process and I’m enjoying every part of it.

How did you come to be involved in the project, and what initially appealed to you about it?

So I’d quit acting, I’d quit acting for a year through a heartache. A horrible heartache in 2017. Started just to quit, left my agents, decided that I was gonna just work in a gym, when I put my Spotlight back on for another job opportunity and The Fishermen came through. I was like “OK. So what’s this?” I saw Gbolahan Obisesan and I saw Jack McNamara at New Perspectives so I was like “Ok. I know Gbolahan. What is this? Is this a tour? Ok. Let me go for the audition, just so I can balance that against the work that I have.” So then I’ve got the job and I was like “Oh my God. Wait. Hold on. Am I gonna be an actor again? Like, I think I’m back into the swing of things.“ So I took the job and I’m not gonna lie I think it definitely took me by surprise. First of all getting the job took me by surprise, and being called up for the audition, and second of all the actual play itself. I was like “Brah”. I thought they might have needed an actor that hadn’t taken a year out to do this one to be honest with you, but yeah man again, it’s kicked me back into life to be honest as an actor so yeah, it’s been great. 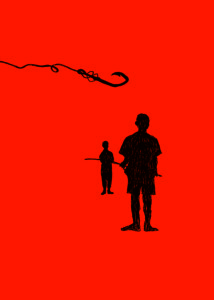 The show has been a huge success so far, awards, sell out runs etc. What do youthink the secret of its success is?

I think the secret to The Fishermen’s success is one, it’s a two-hander. Played by two males, playing female, playing animals, and playing males. So I think that that is really one selling point knowing: Oh my god so hold on, there’s two guys in this play. But they’re playing about 8 characters, 10 characters. Ok. Interesting. That was interest number one. Two, it’s an international play. So it’s a play that not only is it international in terms of it’s based in Nigeria, but it can cater for any country in the world. Like any culture could pick up aspects of this play and go “Yeah. That’s how I remember we kind of treated our kids” or “That’s how these kids were like with their parents” and so on and so forth. So it’s a broad play in terms of being able to relate to it. And I think thirdly, the writing. The writing, the novel I think it’s quite special, you know, to have a play that touches the basis of too many emotions. So it has that anger, real anger. Like people can go “Oh my god I’m feeling that anger too.” It has the sadness that makes people want to cry with you. It has the happy moments that makes everyone want to laugh. So naturally if an audience member was to walk in, they’re gonna probably walk out and go “Oh my gosh. I would recommend this to someone. To this person or to my African friend or to my Asian friend or to my British friend or to my…” and most people do get something out of it.

How is it having new actor David Alade in the show with you now?

Do you know what? At first I was very sceptical when I first found out Michael (Ajao) wasn’t gonna be doing it. Because obviously we created this baby together with New Perspectives and Jack (McNamara). So I was very very very sceptical and very nervous about it you know, ‘cause I was used to having Michael, you know, we had the chemistry. David’s blown this out the water. In terms of being in rehearsals with him and where his head’s been at, it’s just been in the perfect place. Like, I remember when me and Michael were rehearsing last year, and we were really forcing ourselves to make sure that we were constantly in the right headspace in order to get the best out of the play during the rehearsal, and David came with that exact energy. Now that energy you can’t make it up, you can’t fake it. I believe that when Jack was casting he saw that in David, and he has not stopped. Seriously, I think he’s impressed everybody, every single person that’s watched him in rehearsals.

And finally, what are you up to when this run ends? Any immediate plans?

Ok. So first immediate plan, I do a lot of work with young people through acting ‘cause that’s how I came. I came through Synergy Theatre Project, so I continue to work with them, so I’m really hoping that when I finish The Fishermen that I jump on a project with Synergy, where I can get a chance to kinda speak to young people. ‘Cause once The Fishermen gives me a buzz, it gives me more motivation to speak to other young people to tell them: look like, you know, I was one day sitting in prison and now I’m doing The Fishermen in the West End. So that alone, you know, with the proof in the pudding, there’s no way that I’m not gonna be able to motivate at least one person. So I wanna kinda use that buzz not only for my own career but also for my purpose, which is to also help other people who came from disadvantaged backgrounds or didn’t understand the world of theatre, weren’t exposed to the Arts. So I’m hoping that between then, the end of The Fishermen, and the end of the year that that’s what my focus will be.