Review of: Britney Spears: The Cabaret at The Other Palace

A fantastic tribute to one of the century's greatest musical icons

Britney Spears:The Cabaret has been jetted across the world after sell-out seasons in Oz for a one-week run at Sir Andrew Lloyd Webber’s The Other Palace. This show is everything you could possibly want out of an evening. Christie Whelan Browne (Britney) is in turns sweet, clever, genuine and, above all, hilarious. She had the audience laughing no less than five lines into the opening number as she sashayed down a side aisle and made her entrance onto the stage, and kept them laughing throughout the entire show.

To build the cabaret atmosphere they chose to take out the first few front rows of seats and put in cabaret tables – I would definitely recommend going for these if you’re planning on going to the show, I was eyeing them up from my more boring aisle seat! The set was simplistic: a mic stand, a bar stool and a grand piano and herein was the only missed opportunity of the show. I waited the whole evening to see Browne recreate that iconic image, lying luxuriously across the grand piano. I was excited to see her jump onto it but she only stuck some tap shoes on for the following pageant routine (I mean if you’re going to put a grand piano on stage…). 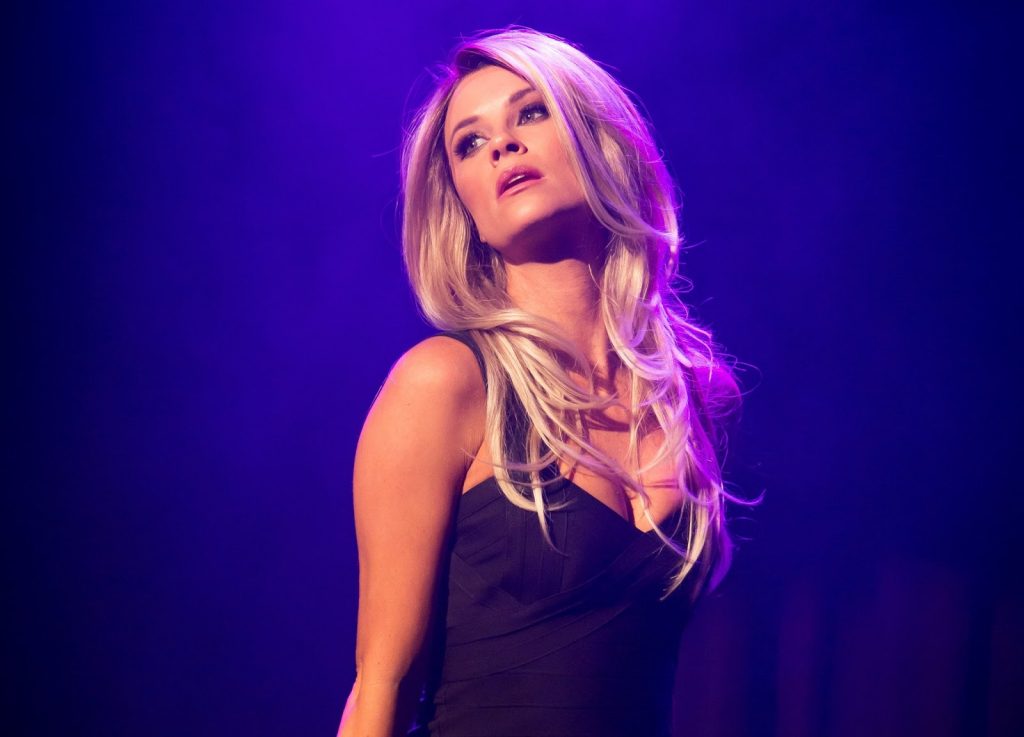 Writer and director Dean Bryant did an impressive job of transforming Britney’s pop hits into the cabaret style. I’ll confess when I heard about the show I wasn’t quite sure what I was letting myself in for and had envisaged a musical theatre style retelling of Britney’s life. I couldn’t have been more wrong, when they said cabaret they meant cabaret! Browne seamlessly transitioned between singing the pop hits we know and love into chatting to the audience with little anecdotes about Britney’s life, some sidesplittingly funny (flashing her “cooch” whilst getting out of a limo) and some incredible poignant and tear-wrenching (losing custody of her children).

Browne gave a truly fantastic performance, completely carrying this one-woman show from the moment the lights went down to the standing ovation at the end, never giving the audience’s focus a chance to waver. I would highly recommend it if you have a chance to catch it before it closes, sadly it’s only on a short run.