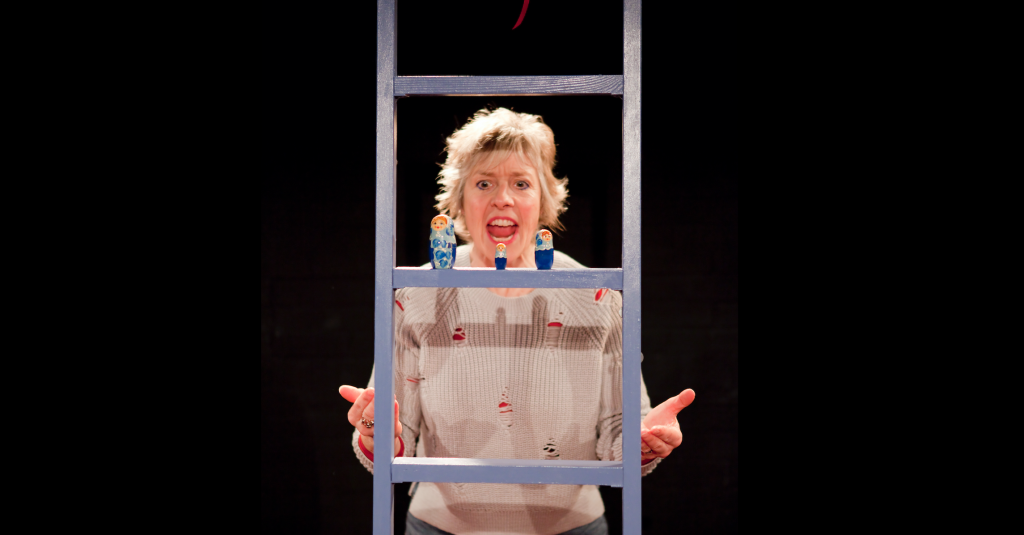 Next up in our series of Fringe Diaries (charting the highs and lows of Fringe life during the frenetic month) is Danyah Miller, who currently stars in Perfectly Imperfect Women – a biographical wonder tale at the Pleasance Courtyard. Read below to find out how she’s getting on!

Danyah discusses some of the more interesting discussions she’s had while flyering, as well as how the Fringe affects her perspectives both on gender within the context of culture but also wider trends within the Fringe.

Good morning diary…. I wonder what today has in store for me? It’s my sixth day at Edinburgh Fringe which officially opened yesterday. My new show, Perfectly Imperfect Women – a biographical wonder tale is settling in, I’m getting into my rhythm and stride and I’m finding the patter required for handing out our flyers… neat one liners and deeper conversations about the nature of my show: ‘It’s essentially about 5 generations of women in my family, from my great-grandmother to my daughter – but it’s universal and archetypal’ I say as I offer a leaflet to a couple of women walking down the Royal Mile.  It’s raining and people are hurrying for shelter, they listen but don’t want to hang around.

Later as I chat to a group of women relaxing together in the sunshine in Pleasance Courtyard, they are keen to know more and enter into a discussion, ‘We’ve just been talking about this very subject, our need to be perfect, what’s that about?’ one of them laughs. Another encounter with two couples is interesting too.

One of the men says ‘This looks like it’s for my wife?’

In the past few days I have been acutely aware that I have to make a point of saying that my show is for everyone, not just women. I don’t know why it has surprised me because I know that, as a women, I see shows and films, read books, listen to discussions that have men as the predominant lead figures, sometimes the only characters and I don’t question if this story will be of interest to me – as women we have long seen the world through the male lens. However if the show, film, book has a female protagonist, so often both men and women’s first reaction is ‘this is a girl’s subject’. It makes me remember that my
grandmother, one of the characters in my story, didn’t get the vote until after she was 30…..

This production happens to be about women because I’m a woman, but at heart it’s a theatrical storytelling production with a splash of stand-up thrown in, relevant to everyone who has a mother, although of course like all art it will delight some and not appeal to others. That’s part of the joy of the creative process.

Although in these early days my focus is definitely fixed on making sure that my performance is ‘perfect’ (I had to use that word!) and that all the seats are being sold… what I love most about the Edinburgh Fringe is how much it challenges me to take in the world afresh. I see as many shows as I can – some I love, some I’m not keen on, but all of them invite me to grow and learn whether through provoking me, make me laugh, cry, feel angry or questioning myself….

During this month in Edinburgh I will fill up my senses; the smell of the hops as they waft across the city when the wind is in the right direction; the sound of the seagulls and the bagpipes; the taste of haggis and delicious Henderson’s salads; watching the Tattoo fireworks from afar; feeling the butterflies in my stomach before my first performance; being touched by a conversation or a show that is moving, delicate and beautiful….

Right now as the sun warms my back through the window I wonder what mysteries are in store for me today?