Review of: The Merchant of Venice

Due to Shylock’s fate – far more horrifying in the present day than it was in Shakespeare’s time – it is easy to forget that this play is technically a comedy.  High spirits are not usually associated with modern productions, especially after the leaden Dustin Hoffman film adaptation.  Jonathan Munby’s directorial vision, however, is both hilarious and discomfiting by turns.  Before the play begins the actors swarm the stage in a wild Venetian mask, the revelry interrupted at its end to abuse two Jews.  This unscripted opening sets the tone for the entire show, one that is bold and unapologetic in merriment and grief, accompanied throughout by atmospheric live music. 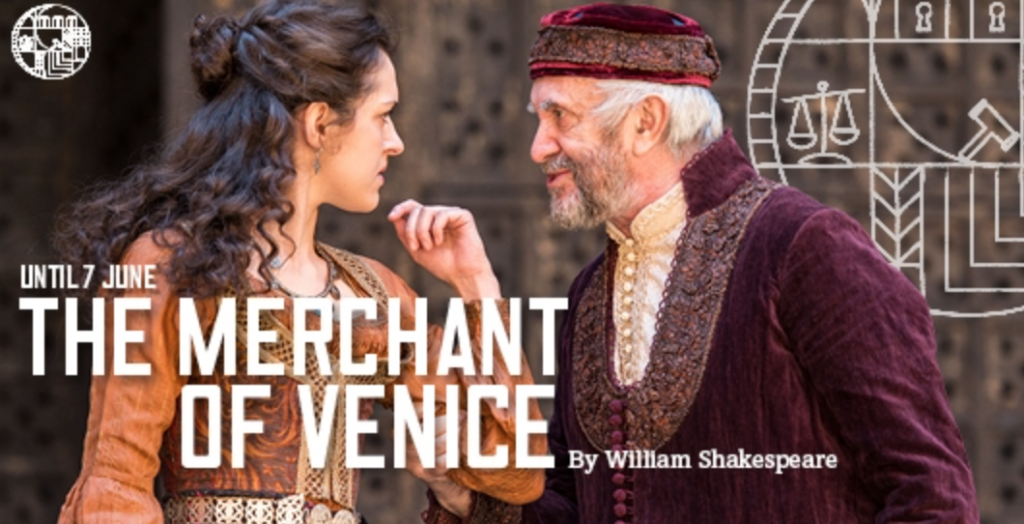 The entire cast delivers strong, memorable performances, making their characters sympathetic without erasing their ugly qualities; no one in the play is a saint, but no one can be called the villain either.  In an extraordinarily successful instance of art imitating life, the headliner Jonathan Pryce (Game of Thrones) and his daughter Phoebe stand out among the strong cast as Shylock and his daughter Jessica.  The elder Pryce commands the stage at every turn, hardened and vengeful only through the wrongs heaped on him.  The younger Pryce brings a delicacy to the often under-appreciated daughter, lending her both an impetuousness and acute awareness of her choices.  This is also one of the only productions which sold Lorenzo and Jessica’s relationship as a genuine love story, perhaps the most well-matched of the play’s three.  Lastly, this performance’s harrowing final image – notably without the Globe’s trademark dancing – will not be easily forgotten.