Review of: I Know You of Old

While the genius of Shakespeare is generally alive and well, in this play we get the impression that, much like Hero, he’s probably turning in his grave

Already from the outset, as we entered a small, stifling room with a coffin in the middle, the atmosphere at the Hope Theatre was extremely dodgy and uncomfortable. But that was nothing compared to the play that would “entertain” us for the following two hours.

I Know You of Old shows how Shakespeare is something to be handled with the utmost care. Revisiting Shakespeare’s popular and bubbly comedy Much Ado About Nothing, I Know You of Old casts it into a new light, or rather darkness, seeing as it turns a cheerful play into a dark, tenebrous comedy. The show begins with Hero’s death, and the original script is repurposed to rearrange events and dialogues into a new story-line. Laudable in principle, the enterprise could have given a whole new meaning to an old classic. But Shakespeare is a double-edged sword: adaptations from his oeuvre can either go extremely well or spectacularly wrong – I’m afraid this show leans more towards the latter. 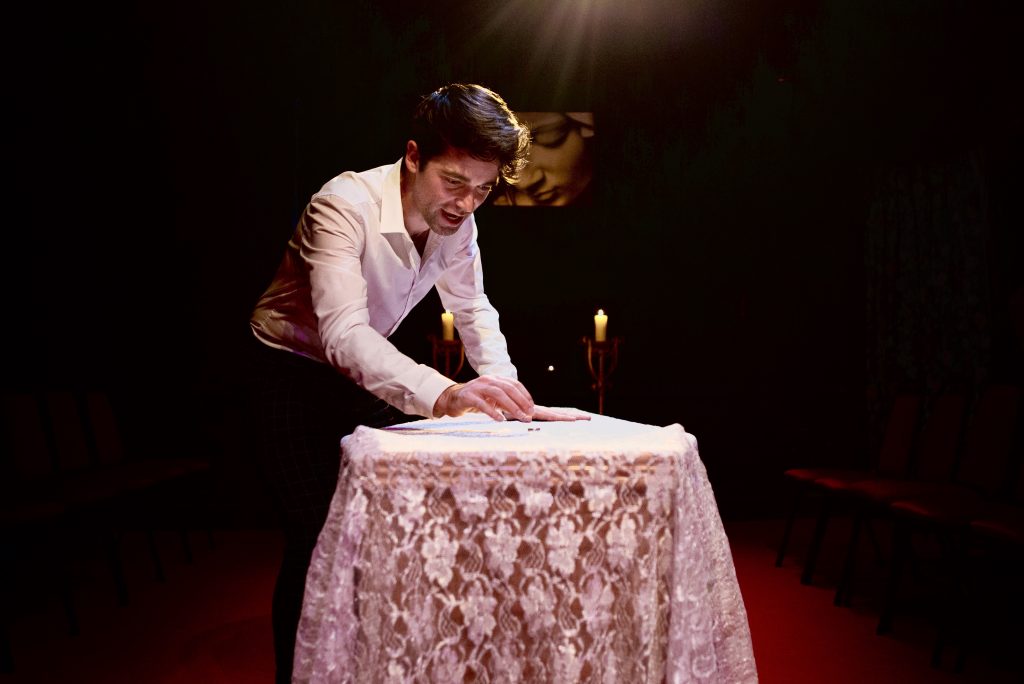 (Literally) centred around Hero’s coffin, the original play loses its cohesiveness entirely in this re-orchestration. While priding itself on using exclusively Shakespeare’s original text (alongside a couple of debatable songs as soundtrack…), the actual lines fail to make sense as they are rearranged, and the series of events is hard to disentangle. The swings of love, anger, laughter, and despair are fairly random utterly implausible, even for a Shakespeare-inspired play. They creates in the audience a sense of puzzlement, mystification, almost frustration. At times, the play is simply grotesque, for instance when Claudio arranges to bring Beatrice and Benedick together… and explains his plan to Hero. 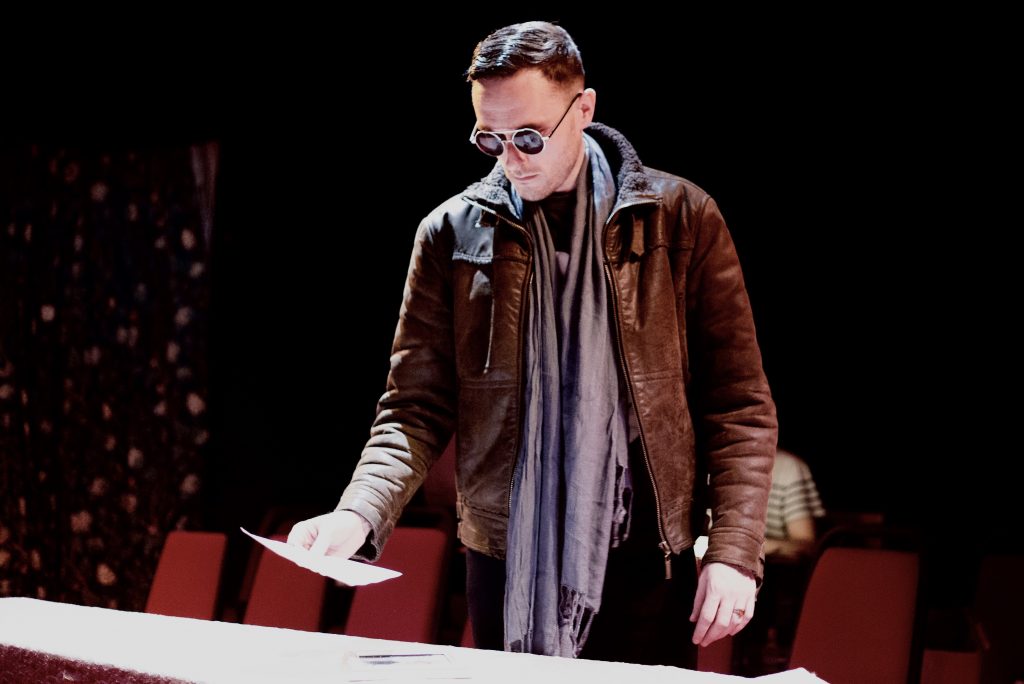 The delivery of this bizarre package of mixed emotions has also room for improvement. Claudio (Conor O’Kane), Benedick (David Fairs), and Beatrice (Sarah Lambie) offer a rather average performance. Awkward hands, hunched backs, and stiff limbs are omnipresent, and I almost felt grateful when the actors were holding chalices and mugs (though mugs, why?). The challenges of acting very close to the audience (we’re talking about the actors being inches away from us) are not to be underestimated. However, the intimate space made (caricatural) face expressions and (clumsy) line-delivering all the more obvious. 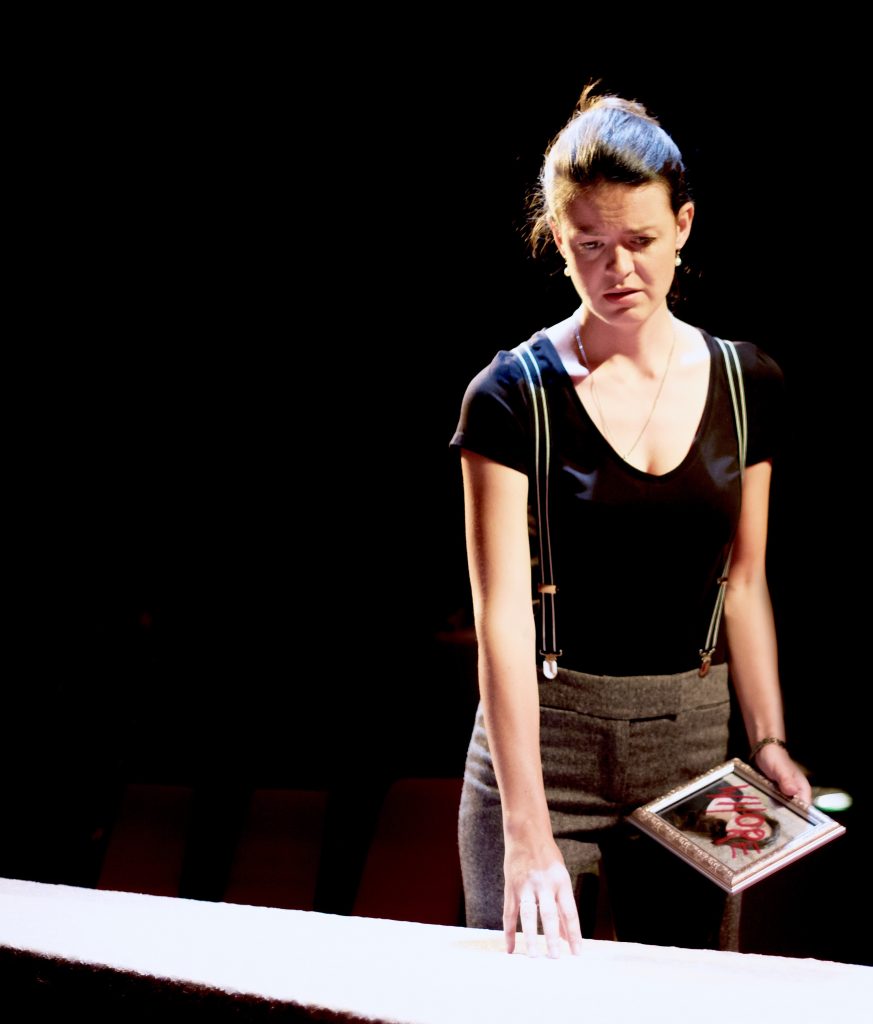 The setting chosen is also somewhat questionable. The idea of  having it all taking place in a chapel increases the feeling of claustrophobia that the physical location would have given to the show anyway. In addition, possibly following Shakespeare’s original choice of Messina, the play is tentatively set in an unspecified location in modern Italy. This, however, is rather superfluous and unconvincing, and didn’t add much to the play. Perhaps the only funny instance of Italian-ness is Claudio’s (exaggerated) gesturing at Benedick, upon which the cast managed to steal me a smile. But this was not enough to pull the play together and give it the solidity it deserved.

While the genius of Shakespeare is generally alive and well, in this play we get the impression that, much like Hero, he’s probably turning in his grave.

I Know You of Old runs at the Hope Theatre Tuesday to Saturday until 1st July at 7.45pm. More information can be found on their website.