As well as offering courses for adults in a range of subjects, the Gainsborough Learning Centre in West Ham is also the home of ZU-UK. West Ham conforms in many ways to what has become known since Athe Brexit vote as the “left behind” regions of Britain, despite its proximity to the Olympic Park and the financial hub on the Isle of Dogs. West Ham has a relatively low number of homeowners and a high unemployment rate compared with the national average. Unlike the trendier areas of east London like Shoreditch or Hackney Wick, it is not a typical area for artists to base their offices in.

At a time when artists are fighting for survival in a period of seemingly endless austerity, working in the fevered atmosphere of anti-cosmopolitanism Brexit has ushered in, it is important to ask what relevance a company like ZU-UK has for communities who have very little contact with the performing arts in their day-to-day lives.

Jorge Lopes Ramos, the executive director of ZU-UK alongside artistic director Persis Jadé Maravala, describes the profile of the centre’s users as “very different” to audiences who typically seek out digital arts and theatre events of the kind the company create at their GAS Station (Games and Arts Stratford).

“ZU-UK want to make art for people who don’t think it’s for them in spaces art does not usually inhabit”, Jorge explains. “Most people will engage with an artistic proposition not for what it is or who is making it but because it is immediate and personal to them. Artists should always be aware of the opportunities for their art to create spaces for people to meet”.

“Art must not remain confined to traditional venues if it is to reach as diverse an audience as possible”, says Jadé. “But this is made harder when there is a scarcity of public spaces. The growth of flats in urban areas means fewer parks, markets, libraries, community centres. They are all disappearing. There has been a slow cancellation of the future, as Mark Fisher would say. The EU referendum has meant a total deflation of expectations. We want to question who is producing culture and how the working class participate in cultural production”.

Many of ZU-UK’s events are not ticketed in order to maximise their engagement with the local community. This approach is rooted in ZU-UK’s belief that as a publically funded company they have a responsibility to make their work available to as wide an audience as possible. It also resonates with how Jorge and Jadé articulate the role of an artistic leader as a figure who does not confine themselves to a single discipline, or indeed consider art practices unrelated to other spheres of human activity. An artist’s work, they contend, has the potential to influence how structures function by offering alternative blueprints infused with creativity and playfulness for implementation in areas in need of transformation.

When collaborating with other artists, Jorge and Jadé feel it is vital for them to buy into ZU-UK’s vision of cross-disciplinary artistic leadership. This entails developing new models of production in a multitude of contexts. ZU-UK’s recent collaborative projects have involved working with a gamer’s research centre based in Montreal, TAG, and a game design studio in Brazil. However vital they are, Jorge points out that fruitful collaborations are contingent upon a number of factors.

“Artists need to understand what they want to achieve and identify how they’re going to do it. Collaboration is always born out necessity but it is never a given. Some pieces need isolation and individuality and working with others can sometimes obscure things. The form of a project doesn’t matter as long as artists have the space and time to consider if it is an appropriate channel for their proposition”. 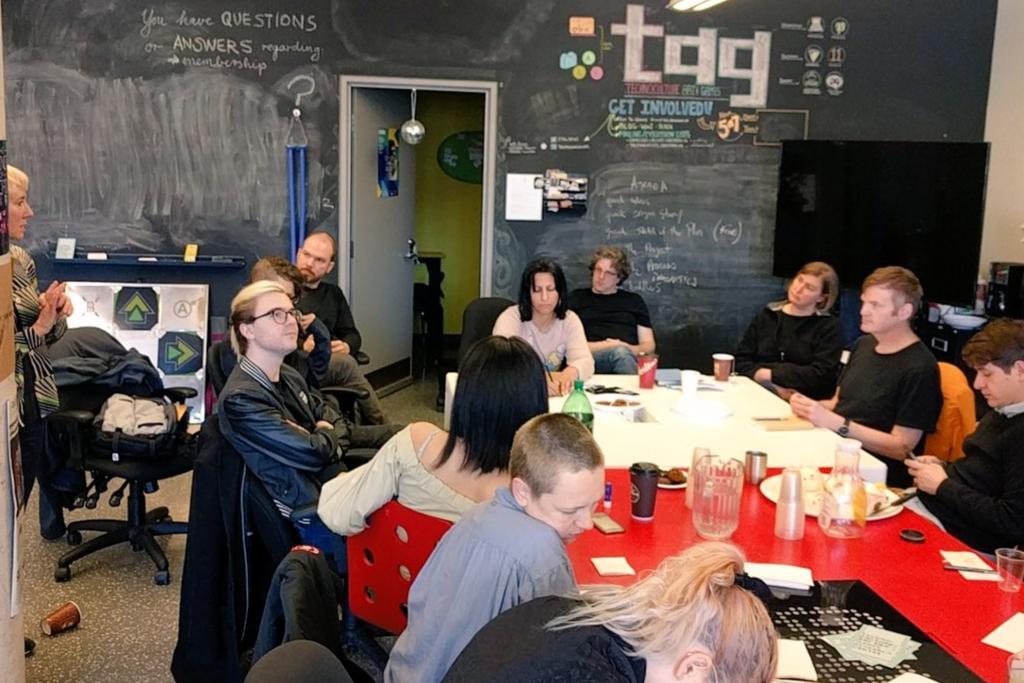 It is clear artists will have to adjust to a very different social and political climate in the context of Brexit. ZU-UK believe artists must urgently re-articulate their work by speaking the language of value and learn how to navigate the discourses of finance and business if they are to make work that can express the concerns and interests of today’s audiences. These principles are imparted to students on the recently launched MA in Contemporary Performance Practices Jorge teaches at GAS Station in his capacity as a senior lecturer at the University of East London. One of the guest speakers, James Leadbitter AKA The Vacuum Cleaner, told students that finding allies within larger organisations is vital for contemporary artists. This is especially true if they are seeking to influence change.

“Neoliberal values have weakened democratic pluralism, which is why culture as a projection of the future is totally ignoring the working classes”, argues Jadé. “Buildings and institutions have a discrete but great way of hiding art. A seductive vision of London designed by the so-called ‘creative industries’ that makes everything look like a fucking advertising campaign. I hate it. Artists can provide a refreshing language to resist a hegemonic or even vicious public discourse but the space has to be created first”.