Review of: How the Other Half Loves

How the Other Half Loves is the classic West End staple - a solid night of tickling theatre. For the team involved to see an extended run is much deserved

The transplanted continuation of the longstanding Alan Ayckbourn play How the Other Half Loves alongside the recent success of Florian Zeller’s The Truth (only 100 metres away) seems to suggest that the West End has developed some sort of small desire to stage shows revolving around infidelity – a destruction of typical domestic circumstances and a dabbling into moral ambiguity and deception. This is certainly Ayckbourn, the now wizened veteran of the typical British dramatic comedy, at his finest – pitching three couples in comparatively different social and economic positions against one another, filling a crucible with an illicit affair and seeing how the next couple of hours plays out. The twist here is the temporal and location distortion – two different scenes that occur either in different places or over different evenings here occur over the top of one another in real-time – we are essentially privy to two different yet conjoined narratives until they all clatter into one satisfying concluding scene.

Like so many of his texts, Ayckbourn’s play has now passed into a state of reverential respectability – a staple of the quintessential British drama. Serial collaborator Alan Strachan’s latest adaptation certainly embodies this trait, pitched as a period piece with all the attentions to detail necessary – newspaper cuttings lovingly stacked and telephones positioned in prime location. A period where a man could casually discipline his wife for her supposed bad behaviour. Strachan gives the show the customary Ayckbourn rhythms and wind-ups, delivering each carefully positioned gag with the necessary poise. The script certainly takes its time to get into the comedic gear, taking a long while to set each character (perhaps too long, and here Strachan may have found a faster pacing more suitable) sacrificing early gags for the sake of clarity and explicitly laying out the play’s form. There’s a subtle experimentalism that must be observed, after all. 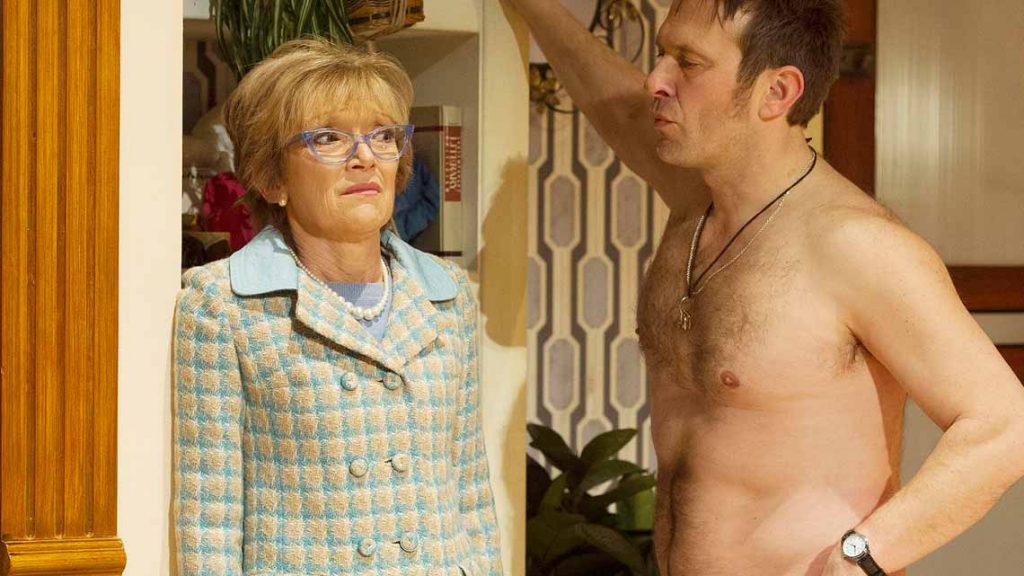 For an Ayckbourn show bridled with orthodoxy, it is the vibrant cast that really ushers in something much more exciting and fun. Nicholas Le Prevost, perhaps the most typical Ayckbourn affluent male imaginable, brings a lovable gusto to proceedings, his ignorance of his wife’s misgivings born more through a cognitive memory issue than simply farcical obliviousness. Yet it is the last character to enter the play that ended up stealing the show – Gillian Wright, most known for her role as Jean Slater on Eastenders, who committed not only to a wonderfully vibrant comedic turn (something not often seen on the TV), but also had a form of inventive and subtle physicality to go alongside it. She was the character we were rooting for throughout – a brilliant turn in every way for a play juggling big personalities.

How the Other Half Loves is the classic West End staple – a solid night of tickling theatre. For the team involved to see an extended run is much deserved, and continuing the notability of such a British institution and showing simply how enduring Ayckbourn will prove to be is certainly a commendable feat.