Review of: Cuzco at Theatre503

Two Spanish tourists go on holiday to Peru. Their relationship is, on the first day, dysfunctional, by the end irreparable.

Spanish playwright Víctor Sánchez Rodríguez presents a partnership slowly flayed by insecurity and betrayal, torn down from within. But what does that have to do with post-colonial legacies and the Incas?

Plays examining post-colonial sentiments are in far shorter supply than they should be, which makes Cuzco an appetizing prospect. And as we watch the two unnamed characters, played by Dilek Rose and Gareth Kieran Jones bicker and torment one another as they move from bespoke hotel room to bespoke hotel room, you can almost feel the weight of expectation – there is retribution to be paid, these people will come to understand the severity of what occurred in South America.

But Rodríguez drops his catch – never really examining the meatier, nastier nature of post-colonial sentiment and instead using it as a hazy, less specific backdrop for the romance at the forefront. Drawing a parallel between the disruption of an affluent couple and the decimation of an entire culture (by the forefathers of that very couple) just, upon reflection, doesn’t sit right. Maybe there’s something more nuanced at play, but it didn’t feel all that present in this production, which was all words, bluster and exclamation, without any of the underlying subtext vital to making this work.

There are some nice touches – the way Stephanie Williams’s set is slowly stripped back to a point of abstraction, veiled by fabric as it almost seems to shrink as the pressure mounts on the duo. Rodriguez’s neatest moments come in protracted monologues, which, though staged far too statically by director Kate O’Connor, contain some brilliant flourishes, particularly one of the early monologues where a British tourist is lambasted for not speaking Spanish. A later moment where the couple one-up one another with their various (and sometimes fictitious) sexual conquests is also worth a watch.

Max Pappenheim’s eerie sound design is a masterstroke, and the piece at times bears some nice resemblances to Brad Birch’s Black Mountain, though far more thematically engrossing. But maybe something got lost in William Gregory’s translation, as Cuzco just never really lands. 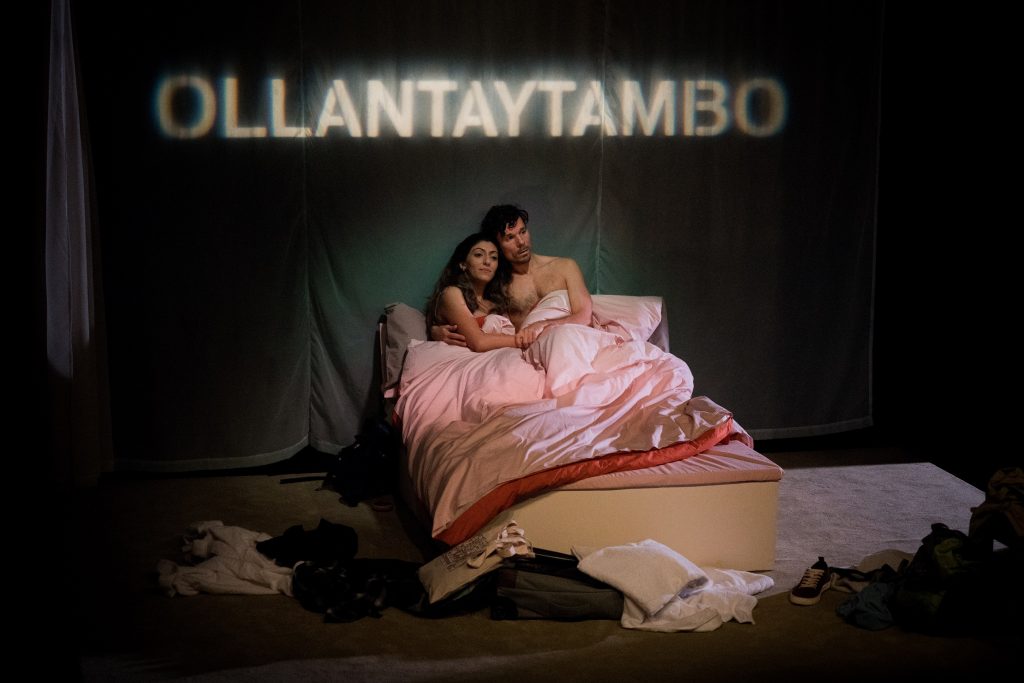