Even after seeing the show, I would struggle to put into words what it is that I actually saw, though it wouldn’t be hard for me to explain why I was so incredibly impressed with its storytelling.

Before seeing Summit, based on what I knew about the show, I really struggled to describe to my friends what I was going to see. The blurb on the website was intriguingly elusive and didn’t allow for a clear idea of what to expect. After seeing the show, I would still struggle to put into words what it is that I actually saw, though it wouldn’t be hard for me to explain why I was so incredibly impressed with its storytelling.

Created by theatre-maker Andy Smith, Summit is centred around one single event: during a meeting at an unspecified time and place, with an audience that we are left to impersonate (though we are sadly not required to do anything) – the lights went out. Inexplicably, this led to a watershed of positive change, so much so that, a thousand years on, people are still talking about the amazing impact of the summit. In an overtly optimistic future, things have got definitely better. What sort of things? Well, everything. We got better at work, kinder to people, there are no more wars nor inequalities, everything makes sense and everything is amazing (which reminded me of this video by BBC Three).

All of this is brilliant, but as the show remains diplomatically generic, it leaves one with an ephemeral feeling of positivity, quickly crashed by the harsh reality of things. As we are not given any solid elements to believe in this positive change, what Summitachieves is carving out a space for awareness, rather than generating any new, ground-breaking thoughts. In times such as these, it is very tempting to think that there is nothing we can do to improve the world we live in. Summit looks at the consequences if a change was actually take place, but never gives us the reasons for it. It’s like a really powerful, but unsubstantiated claim – as much as we’d love to believe in it, it’s too lightly treated for us to really buy it. 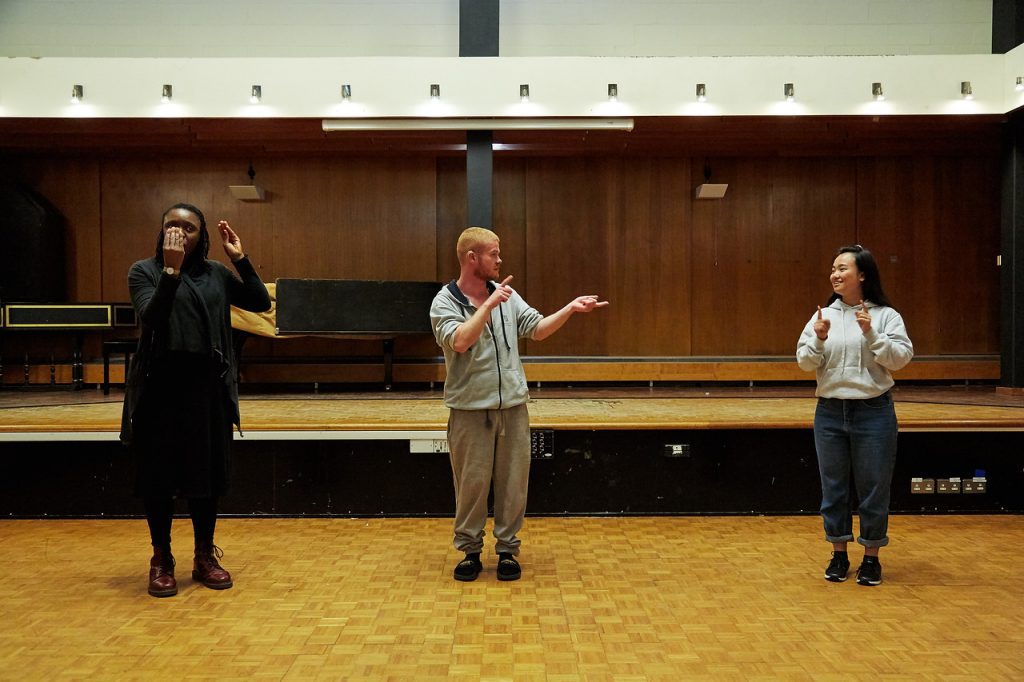 That said, the show succeeds at everything else. Performers Jamie Rae, Nadia Anim and Aleasha Chaunté create an outstandingly bubbly atmosphere, with bags of compelling communicative power. The script features a blend of languages (English, British Sign Language, and a  mysterious third language) alternating a fast-paced Joycean prose with long, meaningful, slow sentences. In addition, the “events” of the story are repeated three times, from three different perspectives, each of them adding a new angle to the show as a whole.

The result is riveting and portentous – the mode of narration is soul of the performance. Rae stands out for his contagious enthusiasm, but so do Chaunté, remarkable for her glimmering eyes and unfading smile, and Anim, who is hilariously switched-on. Elements of BSL, as well as a full-length speech, are seamlessly integrated into the show, in a celebration of the visual power of languages.

At the end, I was left with two questions. How do you initiate change? From how many sides can you look at change? While Summit might not answer the first question, it definitely addresses the second, exploring the many ways we can articulate (rather than tackle) the problematic times we live in.

Summit is on at the Shoreditch Town Hall until Friday 19th October. Tickets are £15.00 and available here.