A moving narrative of self-discovery, retelling the 'her-story' of Joan of Arc through poetry, audience participation and drag king cabaret.

Written and directed by Lucy J Skilbeck, JOAN is a fresh, funny and gloriously entertaining take on the ‘her-story’ of Joan of Arc – the cross-dressing Maid of Orleans burnt at the stake for heresy. Performed by drag king champion Lucy Jane Parkinson, the show fuses poetry, audience participation and campy cabaret numbers as Joan transforms herself into the men who have held her back. Having stormed the Edinburgh Fringe, taking home Fringe First and Spirit of the Fringe awards as captives, JOAN begins its national tour at London’s Ovalhouse. 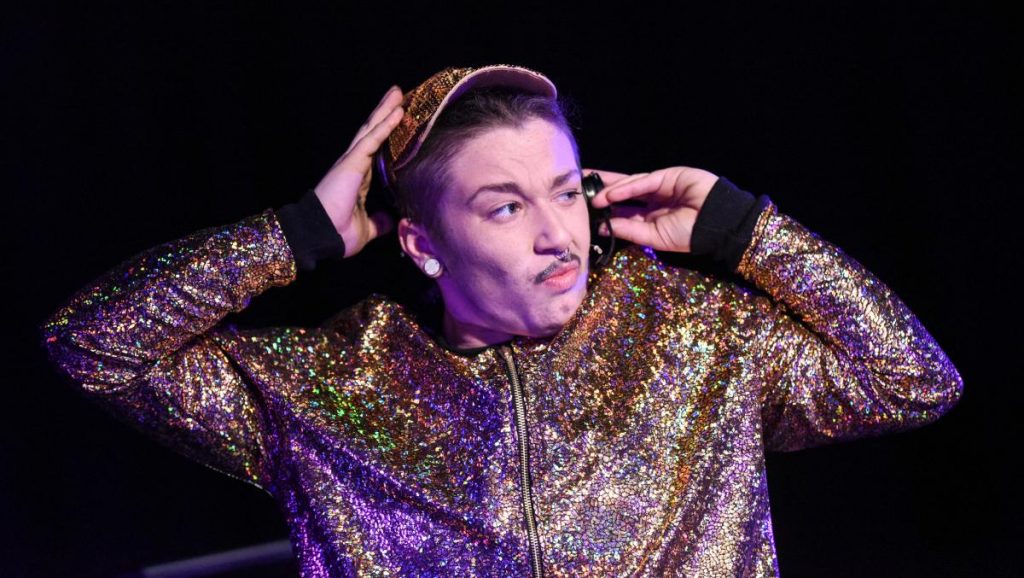 Lucy Jane Parkinson is the production’s principle asset. With Skilbeck’s script, she transforms the pious peasant girl of the history books into a “mixed up but totally uncomplicated” Northern lass – down to earth and likeable despite divine interventions. And this is key to her relationship with the audience, with whom she develops an instant rapport. Performing in the round, Joan is in and amongst us, sharing jokes and egging us onto war. Parkinson’s spontaneity with her audience-army is superb – a sequence that sees her parody the mannerisms of a male audience member is hilarious but full of warmth, as is her attempts to be wooed by a hapless stand-in for a suitor. Her comic timing has finesse, but crucially in all her interactions with us she remains sensitive and vulnerable – this is not the confrontational patter of a cabaret compere.

Speaking of cabaret, it is in the songs that showcase Parkinson’s skills as a drag king performer that JOAN truly shines. On a stage where the exits are enclosed by mirrors, Joan is allowed to play the roles she is never allowed to in her lifetime – judgemental father, fatherly judge, and (as a memorable rapping King Charles VII) adolescent sex pest. Playing these roles is for her no stranger than letting her hair down and pinning it with a flower in order to look “feminine, innit.”

Skilbeck’s writing has a subtle power, drawing sufficient connections between Joan’s struggle of sex and society and that of those who feel constrained by binary definitions of gender today, without neglecting to serve Joan’s own personal narrative. Some details are more glossed over than perhaps we would like – particularly about Joan’s military career – but these make room for a moving, and smaller in scale, narrative of self-discovery.