ROSE SHALLOO currently appears in A Pacifist’s Guide to the War on Cancer at the National Theatre. In it she plays the eighteen year old Shannon, who is twenty weeks pregnant and waiting to hear if her unborn child will suffer from the same genetic disease that she does. Rose has previously played a young mother in Call The Midwife. 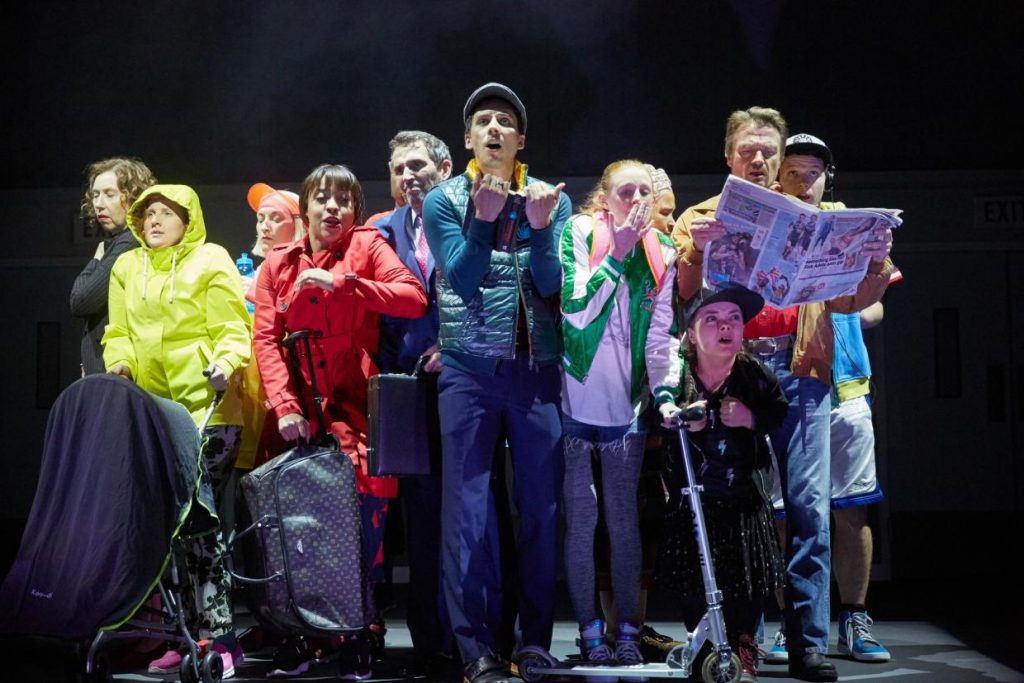 Theatre Bubble: You’ve already played in Exeter and Manchester. How did you find the experience of touring with this show?
Rose Shalloo: When we opened in Manchester none of us knew what to expect. We had no idea how anyone would react. But it seems every venue is different. Exeter was very different because it was mainly students in the audience so having a predominately younger audience changed the reaction as well.

TB: Performing at the Dorfman is always an exciting prospect – is there anything different about staging the show at the National?
RS: The Dorfman is lovely, and it’s so nice to be at the National with other shows going on. The show has really changed here, we made lots of changes during previews and slightly before here. A few spacing things really changed due to the shape of the theatre.

TB: The topic of cancer does not automatically scream all-singing all-dancing – why do you think the show works so well in matching these two themes?
RS: I think it works because we’re saying these important things, that often people don’t ever want to talk about and we’re just singing and dancing about them. I have no idea why that makes it is easier to sing about them instead of speaking about them but it does. Just because cancer is horrific, which there is no getting away from and we see the horrible reality of it in the show also. We still have moments of laughter and happiness during terrible times because that’s human nature- so the show had to show some of that joy and silliness.

TB: ‘Cancer’ will mean a great many different things to audience members. Do you think this breadth of experience was reflected in the rehearsal process and the way the show has been received?
RS: Everyone has experienced it in some way; audience, cast and team. There is no getting away from it. So I think everyone can relate to it. Lots of people have said the show is therapeutic for them and others have said it has been too much for them. It’s going to be a mixed one always and I hope that people are with us during the show.

TB: This is the first show under the Complicite Associates banner. Do you feel under pressure to establish a precedent for future projects?
RS: No I feel like everyone has worked so, so hard on this show. We have put everything into it and that’s all we can do. I’m sure it will be the start of lots of things for Complicite Associates.

TB: What would be your tip for anyone wanting to start out in professional theatre and hone their talents?
RS: Work hard and always be kind: to yourself and everyone else. You also have to want it really bad. All the work is always worth it in the end.

A Pacifist’s Guide to the War on Cancer performs at the National Theatre until 29th November. Buy tickets here.