Review of: Too High, Too Far, Too Soon

Raw, Simon Mason is utterly compelling and sympathetic as a performer

Lyn Gardner recently commented that going to a theatre and being emotionally affected does not necessarily mean you have seen a good show- or something like that. She’s right- often I find myself emotionally drained but entirely forgetful of what I have just seen, or utterly unengaged during the performance and then can’t think about anything else but the show for a while after. 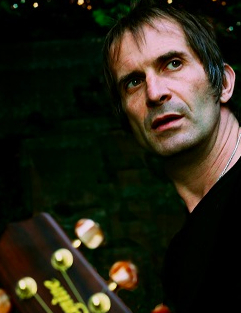 Neither of the above applies to Too High, Too Far, Too Soon, a one man show based on the book by Simon Mason and starring himself, charting his school days and lead up to and life with drug addiction, the band circuit of the 80s and 90s and Britpop stars such as Oasis- instead there is a happy meeting of emotional and intellectual engagement.

We are in the heartland of confessional theatre, although we are nowhere near the borders of misery or self-pity and neither is the exploration of addiction banal, as The Stage rather unsympathetically reviewed back in November. There is nothing lacking in Cathy Sloan’s script- we don’t need anything more with this rather epic ‘Bukowski on crack’ because it is all there in Simon Mason’s story- who will forget the stage image as he prepares to commit suicide by overdose, strapping up his arm as though it is a head to be put through a noose? That cannot be called banal. And we quickly see that Simon Mason, once supplier of drugs to the stars and wannabe pop idol now turned actor, has, like most of us, been pretending from the start. He was already an actor of sorts right from the very beginning- and in the bar at the Tristan Bates Theatre there’s a quote on the wall by Benedict Cumberbatch which is particularly relevant- ‘we all want to escape our circumstances don’t we? Especially if you are an actor.’

A liver of life, this kind of actor, we chart Simon Mason’s early years and tragedies and a period of implied abuse at his catholic boarding school and his dropping out of student life and disappearance into the world of drugs. Rather interesting problems are thrown up- what does it mean to be normal, be accepted, and be loved, to find someone to love you- someone to ‘connect with’, to be let into the party? Are we watching someone cracking up because of Post Traumatic Stress Syndrome? An illness not much talked about in the 1980s and 1990s. These may all seem clichés but you’ll find these worries might dominate quite a lot of us. So, not being let in or feeling accepted by anyone, Simon creates a party in his head- and, in part address to the audience, to himself and to his alter ego and talking voice on the TV screen, becomes the increasing fantasist- which is a product of the jealous person who imagines, because he does not possess what he thinks others have, that he is missing out on something [we are all utterly guilty of this]- like an ignored tourist on safari who thinks he is witnessing an imagined but unreachable utopia.

There have been comments by other critics that the ending does not scratch the surface of what it means to over come drugs. Do they know I wonder? Would they like a scene out of Trainspotting? Or have they missed the point? I think they have missed the point- for it is not the drugs that are important, they are the effect and not the cause- and the getting over of it is an entirely personal affair- it is enough to know that love was the cure. Finally.

Producing company Outside Edge wish to change lives through performances such as these. Judging by the audience’s reactions and murmurs of appreciation and understanding at the showing I was at, it looks like they are achieving some of this aim.

Raw, with Simon Mason utterly compelling and sympathetic as a performer, Too High, Too Far, Too Soon has finished its run at the Tristan Bates Theatre but see the website for more information and details about the piece and Outside Edge’s work.

Adapted for stage by Cathy Sloan