Review of: Unfaithful at Found111

Unfaithful never fully seems to live up to the pedigree of former Found111 shows - and while there is certainly a lot to chew on, the performance is somewhat hampered in its execution and production.

Found111 has been responsible for some rather fantastic work over the last year – be it the skincrawling-ly superb recent adaptation of Tracy Letts’ Bug or last year’s harrowing Barbarians – championing the idea of site-specific theatre as a way of creating thematic and tonal nuance in unexpected or unexplored spaces. Next to take residence in the former St. Martin’s school is Unfaithful, a new play by the award-winning playwright Owen McCafferty.

As you may expect from a show with the title Unfaithful, proceedings are swaddled in questions of fidelity, the feasibility of long-term relationships, and the existential angst that can surround our notions of monogamy. Indeed, McCafferty has struck gold with the subject matter – one that has been richly tapped recently in the re-staging of Ayckbourn’s How the Other Half Loves a few hundred metres down the road, or in Florian Zeller’s resoundingly successful The Truth at the Wyndham. We are granted a vision of a domestic scenario falling apart – a couple who, without the presence of their university-attending daughter, strike upon the difficulties of extended martial life. From there we are introduced to discussions on sex working, on generational differences between those in their 50s and those in their 20s; an ultimate thesis on the disillusionment that can ensue in the modern era. It’s harrowingly on-the-nose. 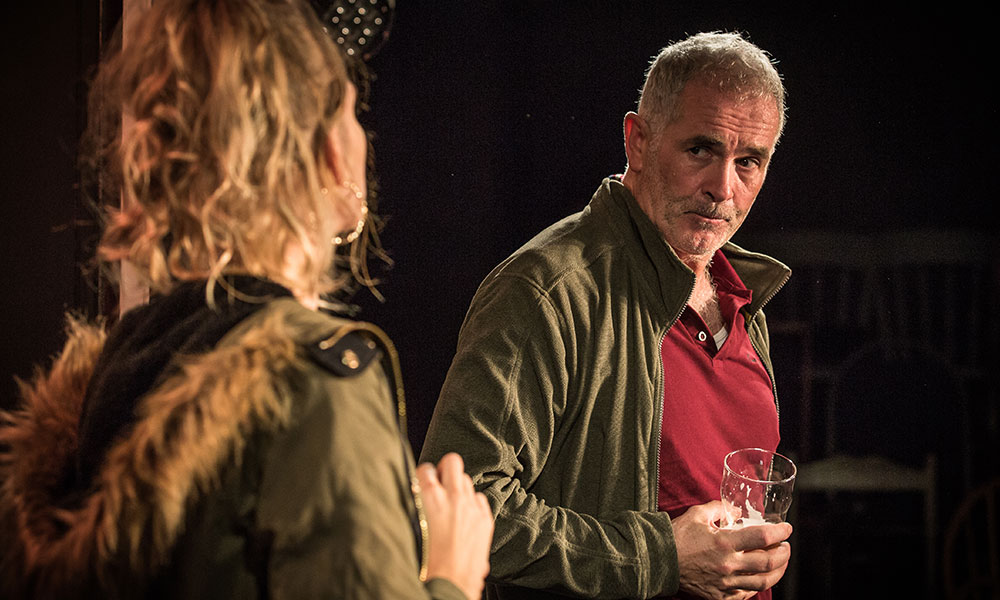 Though there was certainly a conceptual majesty to proceedings, it feels like the show existed out of place in a site-specific venue – perhaps more befitting a black box space. The whole performance seemed to function in spite of its venue, rather than because of it. Having come back from the Fringe only a week ago, where true brilliance can be found in a shipping container, this felt somewhat unimpressive – Bug, for instance, managed to throw its audience right into the sordid heart of the story, the slowly deteriorating walls of former St. Martin’s only adding to the sense of uncleanliness. The whole performance here felt conducted with more of a distance and slick sheen. Designer Richard Kent has simply placed a traverse stage in the middle of an abandoned school – it felt as though, sadly, he was playing it safe rather than responding to his surroundings. On a practical level the set-up inhibited some of the greater directorial moments from truly shining – some audience members, for example, were unable to appreciate the true significance of the wall-sized mirror across one end of the stage.

The actors acquitted themselves well, with varying degrees of success. Sean Campion and Niamh Cusack as the show’s central couple brought a charming realism to proceedings (a vital aspect if the show’s central premise was ever to succeed). Cusack’s facial expression was enthrallingly wild, captivating and earnest – a heavy weight performance that holds her scenes together with ease, while Campion had a world weariness that still felt intrinsically personal.

Pacing struggled – some of the scene changes just felt slightly too long (in spite of some superb musical interludes) and director Adam Penford could have certainly ramped up the intensity in the opening scene – the slight sluggishness here losing some of the tension and the oomph necessary for the emotional weight that comes later. 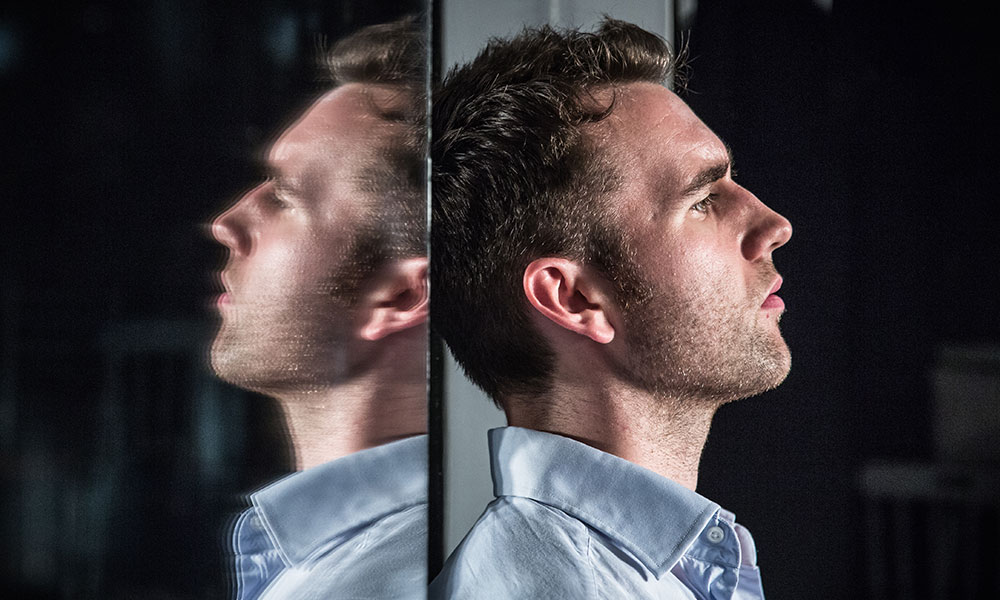 Matthew Lewis (a world away from his Harry Potter run (though ironically only about 100m from its stage reincarnation) ) and Ruta Gedmintas have a less successful affair – given a more ambiguous relationship that is never elaborated on as much as it needs – and second billing to Cusack and Campion’s central roles. As a result, it felt as though their performances were largely inconsequential, never having a significant emotional resonance or character depth. Certainly, the discussions on the modern notions of sex work were intriguingly pressing and incredibly important, but these could have certainly been examined further and only facilitated the central arc rather than augmenting it.

Unfaithful never fully seems to live up to the pedigree of former Found111 shows – and while there is certainly a lot to chew on, the performance is somewhat hampered in its execution and production. A black box stage, or something that is perhaps even more immersive, could have worked better that the former St Martin’s school.