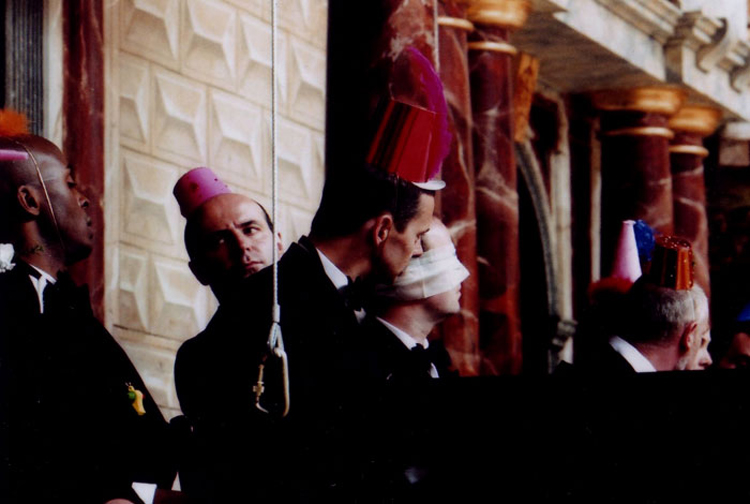 The ill-fated 2001 production of Macbeth at the Globe

When doing some research for an Opinion piece on Emma Rice’s inaugural season at the Globe Theatre, I stumbled upon The Globe’s comments section, where the debate still blazes fiercely over whether or not Rice is the antichrist. Whilst the comments thread on the page related to Midsummer’s Night Dream is the most vitriolic, Iqbal Khan’s forthcoming production of Macbeth has attracted unprecedented attention for an apparent sartorial scandal.

The discussion began with an opening salvo from one ‘Tom Stubbs’:

“I should like to know if this is going to be put on in 17th century costume; I am worried that it might be similar to the Burton production many years ago, with people dropping pebbles in buckets to signify a killing. I recall the director saying he made no apologies for his production; I always felt someone should have.”

To which The Globe responded:

“I’m afraid we can’t comment on previous productions of Macbeth put on by other companies and not Shakespeare’s Globe. Our 2016 production of Macbeth is still in early planning stages at the moment, so we can’t yet confirm what style and direction the director, Iqbal Khan, will take.”

Unsatisfied by this answer, ‘Frank Hollis’ weighed in with his own criticism of not only rocks and buckets but formalwear itself.

“I couldn’t agree more. This was my first trip to the Globe, along with 10 friends. They were all put off. Not so much by the rocks in the buckets, but by the fact that all the male characters were in evening dress.”

‘F Cossa’ only fanned the flames of tailoring-terror, hysterically observing:

“I am amazed that there is only 5 weeks left before the opening and still nobody knows if the play is in costume or not!”

In only a few comments, Iqbal Khan’s production had gone from having doubtful and subconscious influences from unidentified productions of Macbeth, to featuring a fully naked cast in a bizarre Full Monty mashup. 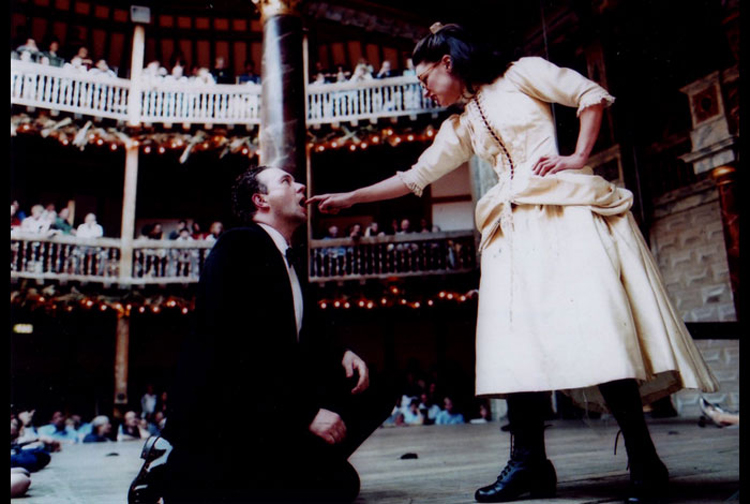 But the caparison controversy was swiftly being redefined elsewhere. ‘Neil Mungeam’ aptly summed-up the absurdity of this agony over apparel, observing:

“I confess I find all the fretting about whether the production will be in 17th century dress rather amusing. People are worried that a play set in medieval Scotland might not have 17th century English costumes!”

Which ‘murrayzz1’ interpreted as a attack on the existence of history itself:

“Who said anything about English costumes? Mr Stubbs merely asked whether the costumes would be from the 17th Century. Scotland had a 17th Century too.”

‘Pik61’ saw this as an issue not only of facts, but of ethics:

“I don’t know any one who would buy a ticket if they knew the production would be in modern costume. The Globe should listen to the public rather than pander to the vanity of producers or costume designers. Only announcing style and direction after selling the tickets the is quite frankly immoral.”

‘Duncan’ soothed the debate with a reminder that the lead will probably still act despite the haranguing over haberdashery.

“Ray Fearon is a great actor and his Macbeth will be worth seeing whether he’s in modern dress, Renaissance costume or a binbag.”

No comment on Ray Fearon’s acting style when naked, however.

A curiously recurrent concern was whether or not the production would be suitable for younger viewers. However, rather than worrying about the levels of blood and gore onshow in Iqbal Khan’s production, the main concern was instead (you guessed it) what the actors would wear as they are stabbed, murdered and beheaded. Costume once again triumphed over content. ‘Deborah Russo’ asked:

“I would like to bring my daughter can you confirm whether it would be a traditional production?”

Meanwhile, a brave ‘Alan PB’ waded in to bring clarity to the whole stones-in-buckets controversy:

“Tim Carroll’s 2001 production of Macbeth with Jasper Brittain did include stones dropped into a bucket.”

This was not enough for ‘Tom Stubbs’, who seemed to struggle with concept of subjectivity:

“It was the first time I took my daughter, then a teenager, to the Globe. It almost put her off for life. There was quite a fuss at the time, despite the director’s not apologising and Alan PBs love for the production.”

Having clarified that ‘Alan PB’ and the daughter of ‘Tom Stubbs’ could somehow react differently to the same production, the Globe was forced to press gang costume designer Joan O’Clery into publishing her design sketches to throw water over the whole argument – which (no doubt) some unfortunate intern had to then insert into a reply to every single comment on the site.

Thankfully, the raging curiosity of ‘Tom Stubbs’ was, however briefly, satiated:

“Thank you. Although I would prefer 17th century costume at the Globe, I do like the look of these. I’ve booked to see Macbeth and am looking forward to it in mid July. And I will come back and give my opinion of it.”

We are all holding our breaths for the official verdict.