Review of: A Secret Life at Theatre503

A Secret Life at Theatre503 is a technological triumph but one that could have gone just an extra step further.

The last time I was asked to put on a pair of headphones for a piece of theatre, it was on the 6th of August 2015 – I was sat in the Edinburgh International Conference Centre ready to watch one of the first previews of Simon McBurney’s now reputed The Encounter. Sound, it seems, is the place to be when it comes to innovation – after developments in the visual and physical, oral is the next to receive the technological revolution; it is telling, for instance, that Emma Rice chose to install microphones in the Globe for her opening production of A Midsummer Night’s Dream.

As such, when I was told to download an app and an audio piece for Baseless Fabric’s A Secret Life, I was excited by the possibilities the show had in store. The concept was brilliantly obvious – take your app, follow the actor through a promenade environment, and immerse yourself in the thoughts and emotions of the main character Audry, a 71-year old widow (played wonderfully by Maggie Turner) as she wanders across the Battersea area to meet her granddaughter. 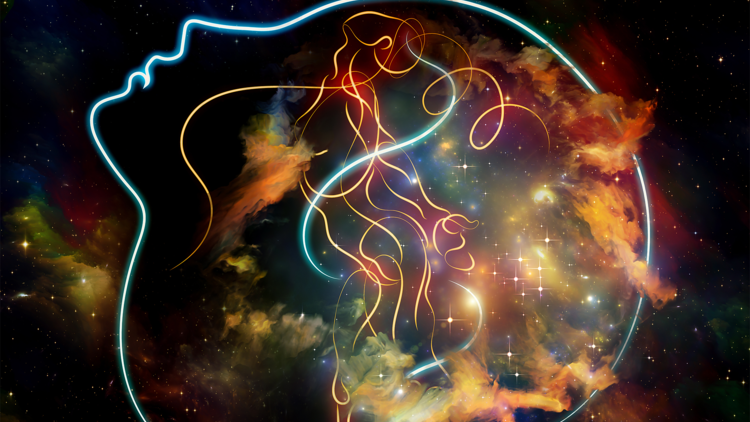 After the novelty of the concept wore off, A Secret Life gradually descended into a soothingly melodious process, and as an individual I found myself seduced by the lilting nostalgia of Turner’s voice. Her story, from the 1940s onwards, was a story of a fading London, and the promenade element of the show stood out in really lacing together the ambience and quiet charm that ran throughout. We followed, spectral, behind Turner as she navigated parks and roads, whilst through our headsets following her own biographical life. It felt as though on a museum tour, each exhibit being a certain memory or spur in Audry’s life. The voice of Fred, Audry’s deceased husband, was a startling presence that felt remarkably natural – just as we accompanied Audry to meet her granddaughter Ruby, so too did Fred’s memories and personal charm – even as a disembodied character he felt distinctly real.

Tamara Micner’s script succeeded in many respects in raising an awareness for the elderly – those who can get swept up in a city rapidly altering its features and shedding its past lives. The speeding junctions and mobile phones felt almost anachronistic as we followed Audry back in time – through the war, to the dances and the separate environment.

The difficulty with A Secret Life came as the show introduced a second character in the form of Phoebe McIntosh’s Ruby. The idea of adding dialogue between Ruby and Audry as well as hearing Audry’s inner voice was certainly intriguing, but what emerged was a sense of broken conversation between the two that never had any distinct pace. The app’s audio flitted between Audry’s spoken words, Audry’s inner thoughts, and Ruby’s responses, sometimes (though rarely) the actor’s talking not matching what we could hear. Furthermore, by having to articulate Audry’s emotions and feelings on top of the conversation she is having, the relationship between the grandmother and granddaughter grew relatively fragmented and distant – emotions themselves can happen instantaneously, in a more natural context, rather than over the course of seconds.

To a certain extent it feels that A Secret Life chose to play it safe and never truly used the app as comprehensively as it could have been used – the show never really gripped in a way it could have. There’s an app on my phone, for instance, that simulates an audio attack from zombies whilst I go for my morning run – a fantastically novel use of audio that this didn’t seem to match. Whilst A Secret Life was certainly more artistic than Zombies, Run! , what the play needed was to be slightly more adventurous, giving the audience even more than it did in exposing Audry’s true thoughts and feelings. A technological triumph, certainly, but one that could have gone just an extra step further.

Part of the Wandsworth Fringe 2016.