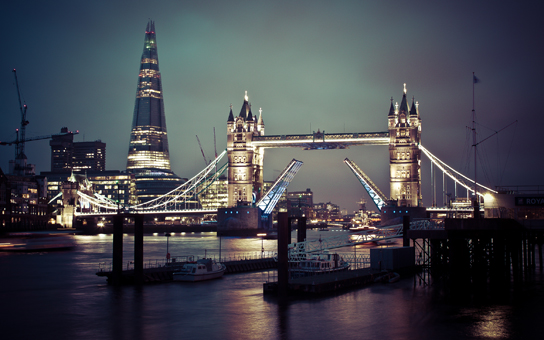 I was just asked to give my opinion on whether the cost of London life now outweighs the value, and whether regional cities now actually offer more opportunity for people looking to pursue a career in the creative industries.

Deciding on the right place to base your creative business will always be a payoff of competing needs. On the one hand the availability of funding will always be a big factor. On the other hand there are other considerations – both personal and business to take into account. One of the key business decisions is how important the cluster effect is for your company. If you concentrate all the people involved in the same industry in the same area you get a massive payoff in terms of ideas generation, economies of scale and access to hard resources such as equipment and soft resources such as people and skills – Silicon Valley would be the classic example. If you want to get fancy the economic term for this cluster effect is agglomeration. I’ve written about it before here.

Traditionally London hasn’t actually been a very good place to get funding. Even though, as recent high profile reports have suggested, London receives more than half of total UK arts funding, it also contains more than half of all the people working in the arts – and to compound the problem the funding within London is mostly swallowed up by large national organisations – like the National Theatre, meaning there is less for small to mid-scale organisations and individuals. The result is that per-capita funding for those actually working in the arts is in fact lower in London. The reason people have chosen to stay is that they recognise that being part of an industry hub is more valuable than hard cash. However with the continued attacks on the London creative hub, which look set to see even more money diverted away from the capital, this is going to be an increasingly difficult decision to make.

For those choosing to abandon the capital there are several choices. Either try to find a second tier creative hub within the UK – where you will get some of the benefits of agglomeration with the bonus of more funding per head – Bristol and Manchester would both be at the top of that list. Or alternatively if you are a company that is self sufficient for creatives and can work in isolation the best financial plan is to move to an area where there’s very little or no art being made – and therefore the least competition for funds. At the moment the East Region (particularly Essex and the Thames Gateway) – would be my first choice for companies wanting to leave London. Ironically of course with touring being the primary model for theatre companies – just because you receive the funding from being based in a specific area doesn’t mean that is the area that will benefit most from your artistic product. But that’s another issue altogether.

The final and potentially most radical choice available is artists wishing to leave the capital is to choose to abandon the UK altogether. Why settle for a parochial second tier arts hub in the UK when you can move to a first tier international arts centre in another country. Both France and Germany offer arts funding that is roughly double that per head of population in the UK. While cities like Buenos Aires offer a vibrant international arts hub with living costs a fraction of what they are in the UK. While this is a very attractive option for British artists – for example theatre company 1924 are developing their next show in Berlin, or the fact I’m currently in Buenos Aires writing this article – it could spell disaster for UK theatre. While we indulge in silly arguments about London vs the regions we run the risk of running down and loosing the only internationally competitive arts hub we have in the UK.

Alexander Parsonage teaches workshops on the business of theatre http://training.fingerinthepie.com/business-development. For more on agglomeration and attacks on the London creative hub please see http://www.theatrebubble.com/2014/03/london-vs-the-regions-funding-debate/