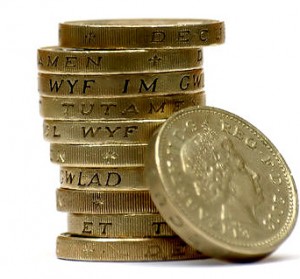 So the chancellor – to much celebration in the house – has announced tax breaks for regional theatre and tours. Hurrah! Ermmm.. at least I think it’s a hurrah! It sounds good, at least to begin with. So the first question that came to mind was why the regions? Why not London? He’s modelling these tax breaks on the tax breaks being enjoyed by the UK Film industry. But saying they will only apply to regional theatre would be like saying to the Film industry we’ll give tax breaks to any film companies as long as you’re not based in Soho or the East End. Sure there are some… but if you’re trying to stimulate an international industry why leave out the bit with the most chance of success? I fear it comes down to the same London bashing I commented on here last week.

That said once you look at the detail it probably wouldn’t have made much impact in London anyway. Obviously we need to see the details of the announcement before we can go into any detailed analysis. But based on the chancellors announcement it would appear the tax break will be on corporation tax (which is paid on profits) as suggested here – but as most touring theatre and regional theatres are either charities or not-for-profits they only pay minimal corporation tax anyway. So that means the tax break will only really effect commercial theatre and tours.

So far from supporting the arts in a meaningful way – it would appear this announcement gives an incentive to anyone wanting to produce yet another Blues Brothers The Musical tour… whilst doing absolutely nothing to support the creatively interesting work this country makes, or indeed the area of the country most of it is made in. Put bluntly it supports people who don’t need supporting, whilst ignoring those in the greatest need. So I fear any hurrahs are indeed premature. As always the devil will be in the detail – and I won’t be holding my breath.

What we really need is some equivalent of the US 501(c) organization not-for-profit status which would extend the tax breaks and gift aid support enjoyed by charities to other not-for-profit organisations – such as theatre companies – as well as giving them reduced rates with many commercial suppliers of services – such as PayPal. However this is probably a topic for it’s own post.