Celebratory and funny, a gentle introduction to Mozart’s Don Giovanni

Mozart’s Don Giovanni is a romp of immorality with its story of a fictional libertine and seducer. South Africa’s The Darling Music Experience offering “Alla Breve” (Opera in the brief, invented by Dr.  Christoph Preiser) directed by Raimondo van Staden, is no less that, despite its shaving down to 90 minutes, with pianist accompaniment (Dr Lisa Engelbrecht) and 7 singers playing 8 characters. This is Don Giovanni for all ages and all backgrounds of SA, a nation with 11 official languages and many cultural groups. 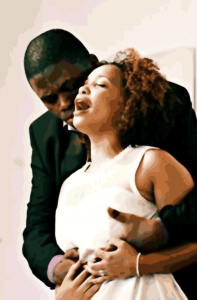 Here it is reimagined as if from Leporello’s point of view: he introduces, in English and Afrikaans, the various characters and tells us of Don Giovanni’s  rape of Donna Anna and the murder of her father the Commendatore, as if presenting an informal news channel. There are none of the usual luscious machinations that come with such works, the first horrific scene is also cut. Instead, the presentation is sit com esque, performers are on hard chairs as if starring in a community version of Blind Date rather than “a work without blemish, of uninterrupted perfection.” (Charles Gounod)

The effect is to highlight the wit (Don Ottavio weakly producing a gun, emphasising class perhaps, brings out a laugh)  rather than its sweeping power and large scale grandeur and the feeling is one of celebration rather than vengeful redemption over Don Giovanni’s descending into hell: the moments where the cast strut their line dancing at Zerlina’s wedding and at the end are a nice twist.  Sometimes it does suffer thematically. One misses the terrible sense of isolation that Don Giovanni finds himself in at the opera’s denouement, and Johannes Slabbert plays the anti hero so affectionately, with Donna Anna seemingly unaware of what has been done to her and with no real awareness of her rapist, with its traumatic consequences for them strangely unhighlighted, that we can have nothing but empathy for the seducer.  Leporello is less of a foil and more of an anxious friend watching his best mate descend into further trouble. Neither can we feel fear at Martin Mhkize’s back from the dead Commendatore, donning Donna Anna’s dangerous red cloak and holding a statue up to his face, there is not attempt to give a sense of the super natural. It isn’t dramma giocoso, a mix of serious and comic action but more just comic action.

The overall affect of Alle Breve is make the opera feel slightly uneven and to glaze over its more serious themes. But the singers, all with perfect enunciation, are a joy to listen to: Amanda Meke’s cheeky Zerlina shines in particular, as does Johannes Slabbert’s easy and big voiced Don Giovanni. And there is a certain intimate warmth and passion that is often missing in the bigger Opera House productions.

Celebratory and funny, this is a gentle introduction to Mozart’s Don Giovanni for first timers.