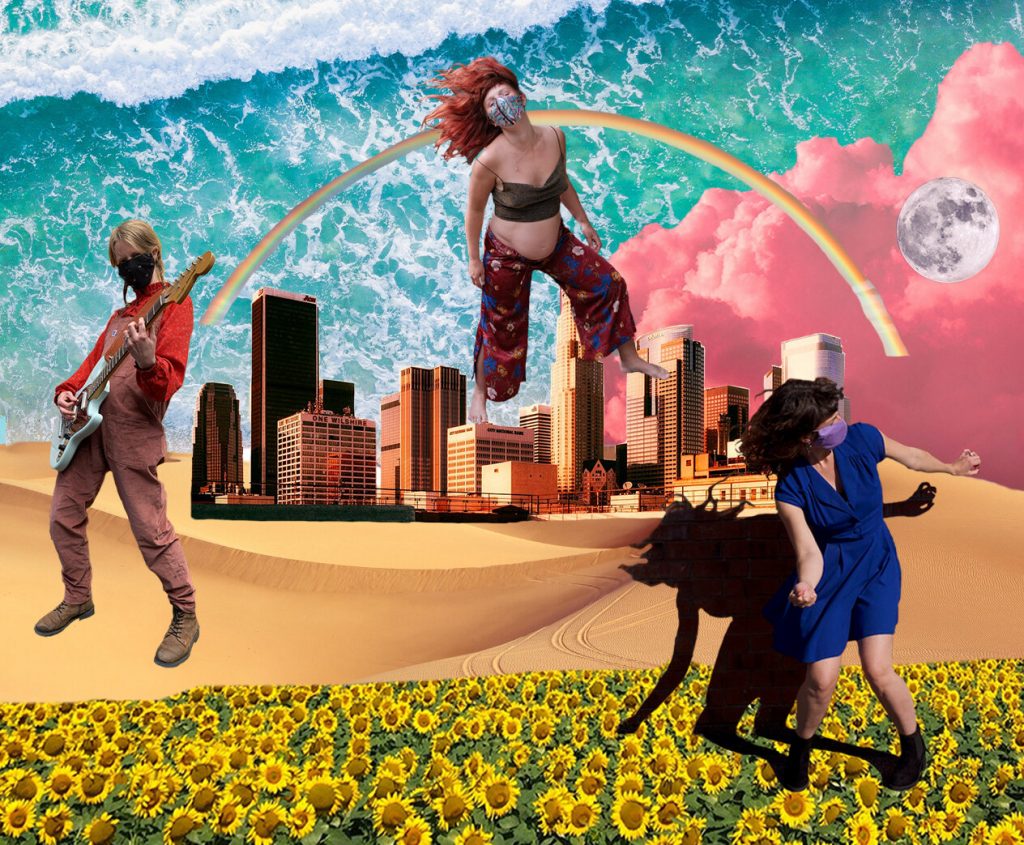 When Covid-19 thwarted their plans to make a new show, RashDash looked to the music that has always been at the heart of their work and made an album. Don’t Go Back To Sleep: The Lockdown Album is based on interviews with people across the globe and draws on musical influences from pop and punk to folk – including a track created in British Sign Language. The title track, Don’t Go Back To Sleep shares its name with a poem by renowned 13th century Persian poet Rumi, which was shared with the company by a Leeds-based poet who is sampled on the album track of the same name.

With three-part harmonies spanning multiple musical genres, RashDash follow 18 people from 12 countries; Argentina to China, and here in the UK through the joys and fears of lockdown following the pandemic. Sampling interviews with strangers set up through friends, and making use of soundscape and song, the album weaves together the voices, experiences and dreams of a global population waking up to the world and taking a second look at who we were before everything changed and who we are becoming. What can happen if we don’t go back to sleep? Is change possible if we all stay awake?

Contributors whose voices can be heard include a man in Mumbai, whose work usually takes him away from home, who spent 26 days with his 26 year old daughter for the first time during lockdown; a Swedish doctor in favour of his government’s no-lockdown stance; a young participant in the National Youth Theatre of Kenya who offered views from Nairobi’s Mathari slum; an anonymous woman in China surprised by the lack of co-operation with rules she saw on the news from Britain and a New Zealander eagerly returning to normal social life as her country declared the all clear.

Trailed by lead single Never Waste A Crisis which was previewed on Bandcamp and released online today across major platforms, the album will receive its live debut next month at HOME Manchester in a series of shows that will bring the songs to real life audiences as part of the venue’s first season of live work since the shutdown. HOME last presented work in March before the venue was forced to close due to COVID-19 and reopened on 4 September after 168 days of closure.

Speaking about the album Abbi and Helen said “Being stopped from making live theatre has been a huge blow and we’ve missed / are missing it terribly. But in trying to find the ways we might work together remotely, the ways we might create art for different platforms we’ve made a stand alone album for the first time – something we’ve always wanted to do and are really proud of. Speaking to people from across the world about their experiences has been such a privilege and pulled us through this really tricky time for the company and for all of us personally.”

Links to various streaming options on the RashDash website here