Actor John Heffernan tell us about Swings and Roundabouts, a short film by Frances Loy and Libby Brodie which tackles the difficult subject of grief after miscarriage. 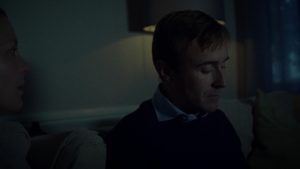 What made you want to work on Swings and Roundabouts?

I thought the script was really fascinating. It takes a real skill to write a short film well, I haven’t really been involved in many before. Quite often they can fall into the trap of being quite abstract and vague, but this script painted such a beautiful portrait of Paul and Sarah. I thought it was superbly handled and their relationship was so complex. In a few deft, quick touches I was able to really imagine them as a couple. Another important part of it was the subject matter. It’s dealing with something which isn’t often addressed, and it needs to be addressed. It happens so often, it’s such a common issue for many couples and that’s not mirrored in the television and film that I’ve seen. I was very keen to get involved. 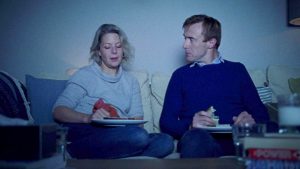 Everything was always professionally handled but decisions were made quickly, and we were thinking on our feet a lot of the time. I found it exciting to be able to work like that, spontaneously responding to situations, and the cast and crew were really keyed up to get everything done. Safe to say I really enjoyed it. 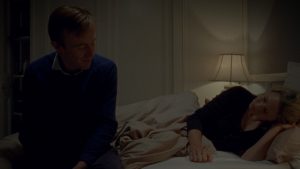 Is short film a medium that interests you in particular?

Yes it is, I’ve been to a few screenings of short pieces at film festivals and been a part of one or two and I’ve really enjoyed the format. The medium fascinates me, especially the skill involved. When it’s done well, I think it can be brilliant. So much culture is leaning towards long film and television that churns out sequel after sequel, series after series to keep the viewer watching. They’re dangling a carrot and sometimes there isn’t even a definite end. To work in a format that does the parallel opposite of that, something in miniature, is something that can be wonderful. While I think of such great writers who I really admire, like George Saunders and Chekov, they are so skilfully able to construct lives in an economic way, I think it can be just as satisfying with short films. 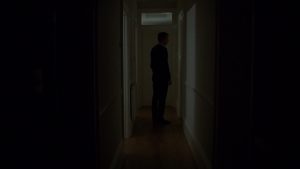 What’s your next project?

I’m just finishing off one this week. I’ve been working on an adaption of a Nancy Mitford novel called The Pursuit of Love by Emily Mortimer, who is also directing it. We were all set to go just before lockdown happened and then obviously it was put on hold. I’ve been so lucky though, as we were one of the first back up and running. I was very sceptical about it going ahead but somehow, we’ve managed to keep the shoot going since the end of July. It’s been a delightful job to work on. Then in December I’ve got quite a big ten-part TV series to look forward to. It’s a big Tudor drama and I’m excited to start researching into the history to prepare.

You can see Swings and Roundabouts in the Copa Shorts Film Fest from 7 – 10 November https://copashortsfilmfest.org/