Artistic Misdirector of the Lockdown Theatre Company, Rohan Candappa, tells us a bit about what he’s been up to this pandemic 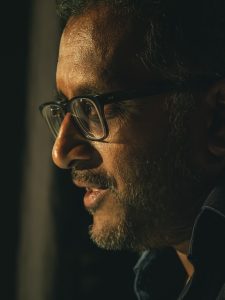 What inspired you to start the Lockdown Theatre Company?

The prospect of theatres closing. But also the fact that many of the side jobs that actors do to pay the bills were disappearing too. And at the start there was no mention of government support for the arts. Financially, so many actors were staring at a cliff edge. At the time I had just started rehearsing a new script with a couple of actors. And they were worried about what lay ahead. I didn’t want to do nothing. So I asked if they’d be up for self-taping a monologue that I’d pay them for. They said yes. And the idea grew from there.

It seems it was important to you to pay the actors – why was that a motivating factor for you?

My wife is an actor. So I know that actors are often asked to do things for no money. And often they do, either because they like the project, or because they just want the chance to practice their craft. In contrast, most of my working life has been outside of this world. And out there the concept of getting paid for the work you do is pretty well established. It’s also about respect. And valuing the talents, knowledge and experience of actors. So, you do the work, you get the pay. Seems a reasonable way to approach things to me. 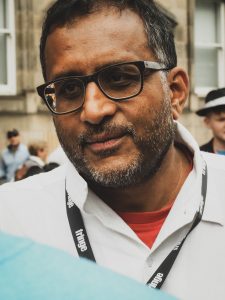 I’m aware there’s a huge body of work but what have been the highlights for you so far?

Having a stupid idea. Telling people about the stupid idea on Facebook. Then getting such a big response that you have to do it. Beyond that the best bit has been virtually meeting a load of actors & collaborating with them. As for the actual films, I like all of them. Clearly I’m biased, but all of them have moments that connect, that make you think. But if I were to choose one film, for personal reasons it’d be A Short Film About Theatre And Class.

Was it a challenge to write a new monologue each week?

Yes. But strictly speaking it wasn’t a new script every week. Seven of the scripts already existed – but had to be worked on. Thirteen of the scripts were written from scratch. To be honest, at the start I had no idea if I could wrote that much, that fast, and the work not be crap. The only way to do it was to make decisions fast, trust your instincts, and to jettison the doubt that’s always lurking in the background. And be open to what the actors brought to the table. Things an actor said were often the spark that started a script. 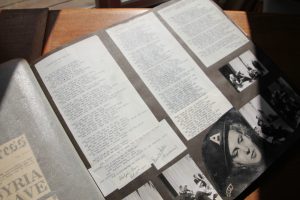 What can we expect from London Calling, the finale to the project?

It’s a powerful piece of work that draws parallels between the Blitz London survived in 1940, and the pandemic we’ve just lived through in 2020. The idea grew from a news report that revealed that in London more people were dying at the height of the pandemic than died at the height of the Blitz. Uniting then and now is a previously unseen lyric written in 1940, beautifully set to music in 2020. And there’s a performance by Guy Hughes that grips, moves, and transcends.

What do you think the process has taught you that you might take forward into your post-lockdown life?

I learned that anything is possible. Also that maybe one of the real secrets of directing is to find good actors, give them some decent words, and then get out of the way. I learned, or possibly re-learned, that for me the success of any artistic endeavour can’t only be judged on the end product. How you walk through the forest, and what you find on the way, is as important as the waterfall you end up at. And I learned that if you’re constantly waking up at 5 am because you’re head is buzzing with ideas, you might as well make a coffee and start working.

Check out all the Lockdown Theatre Company films here