How are some of our most creative arts organisations are beating the virus?  Suffolk Festival directors give us an inkling.

Jane Zarins, Julia Sowerbutts and James Christopher, like everyone else in the arts world have had to reassess their theatrical festival adventures that were all prepared and set up for the good people of Suffolk. As the nation shut down so did the new-writing arts festival at The Cut in Halesworth, Suffolk. However, as Jane Zarins said ‘INK really feels for their actors at the moment and we also want to honour the writers.”

So before the ink had dried on the ‘closed for business ‘sign this creative team, with their usual original flair, made new plans to give a wealth of talented writers and performers involved in the festival a voice and a new platform. 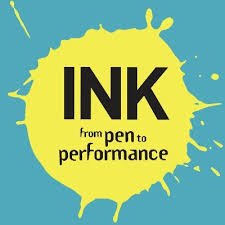 Julia, Jane and James were keen to mark the festival and somehow keep their festival of creatives involved.

Jane explained how it was just a matter of rethinking how best to use their talented resource. Firstly, some of the well-known writers and directors at INK were asked to share their Top Script Writing Tips, and any obliged. From comedy writers like Miranda Hart and Jan Ethrerington, to Steve Waters, academic and playwright as well as the novelist Esther Freud, each shared anecdotes and useful tips about the challenges of writing and these are now being posted 3 times a week on INK’s Facebook and Twitter – check their site for further links www.inkfestival.org.

Secondly, the INK team also asked for submissions for One Minute Monologues for a month and the best of these scripts were sent to INK actors who then recorded or filmed the speeches and returned them to INK. So far over 160 One Minute Monologues have been collected with around 40 being filmed. ‘We share 2 of these films each week on Twitter and Facebook interspersed with the Top Tips on the other 3 days of the working week’ says Jane.

The monologues have also been picked up by Radio Suffolk, ‘a fabulous opportunity for all those involved’, she thinks.

After an initial radio interview advertising the new script writing opportunities, Radio Suffolk were so impressed they requested the monologue films / recordings for broadcast and now they are aired 4 times a week at 8.30pm with either the writer or actor being interviewed.

INK were on a roll with the idea that Covid closure did not mean being silenced and it now seemed that everyone was wanting in on the act. Out of the blue BBC Radio 4 heard about the monologues and INK were invited to be featured at end of the Today Programme in their “The Show Must Go On”, A broadcast slot that allowed companies, whose work had been cancelled, to have an opportunity to perform. INK once again has left their mark in the most positive of ways!

As INK generates so much new original work the loss of the festival is not only a real blow to the arts scene nationally but also in particular to Suffolk as theatre workshops with young people has been shelved, particularly galling as play-in-a-day sold out. Comedy nights, that were also selling out too will be a great miss for those who like something a little off piste. Because of the range of work INK has on offer it means the rural communities of East Anglia presently miss out, as post festival tours have also been lost to the effects of Covid19. The encouraging news is that their new play about the USA airman, Joe Kennedy, whose WW2 test plane plane exploded eight miles south east of Halesworth, will eventually tour East Anglia, with rural communities recording their thoughts of war time Suffolk. As memories are collected by INK they will work closely with Halesworth museum, helping build their wartime archive.

Perhaps, any recovery in the fortune of the arts will come from reaching out to smaller communities. As INK builds on their original ideas, with their tours and educational programmes they grow support from local people, allowing the performing arts to revive and this will ripple out to take in a wider audience -because INK’s local reputation always catches the national eye.

So, 2020 may have gone by without the full programme from INK but original thinking has still allowed new work to be heard. I’m sure on their return in 2021 East Anglia and the rest of the country will once again feast on their eclectic contemporary programme of entertainment, education and theatrical delights after all, original is what INK does best!

More information: www.inkfestival.org
£25 weekend ticket
Photography by Martin Smith.
Down but not out as the INK Festival has new plans to have an extended festival in 2021

Lad written and performed by Rhys Dunlop and Alan Mahon, is clever and so contemporary, with its jokes and jibes [Read More]