Alan Mahon tells me that One Duck grew out of his time at the Lir Academy, Trinity College Dublin. Founded in 2016 One Duck has gone from strength to strength with accolades and plaudits from newspapers and the festival going audiences who have enjoyed both the wit and depth of their work. Clearly Lir was a creative hot spot. Along with fellow creative graduates like Colin Campbell, Rhys Dunlop and Connor Madden One Duck rode a successful wave with early collaborative work, Lad by Dunlop and Mahon, along with creative direction from Martin Thomas brought the early success at the Dublin Festival. This was followed by John O’Donovan’s If We Got Some more Cocaine I Could Show How I Love You. It took a while to get funding and for their work to reach a wider audience and as the company developed Mahon became more of a driving force.

It seems the work with O’Donovan was a bit of a turning point and he has now written three productions for the company. Presently his play, FLIGHTS is enjoying a successful transfer at the Omnibus Theatre in Clapham with five star reviews. One Duck’s work often touches on a nerve, as it focuses on the role of men, both in their relationships with each other but also with women. They can tell traditional stories in an entertaining and relevant way and offer something that is not found so easily in other mediums. As women continue to develop a very different voice in society the company work seeks to explore the necessary changing attitudes required from their male counterparts – in a gentle and often humorous, yet thought provoking way. 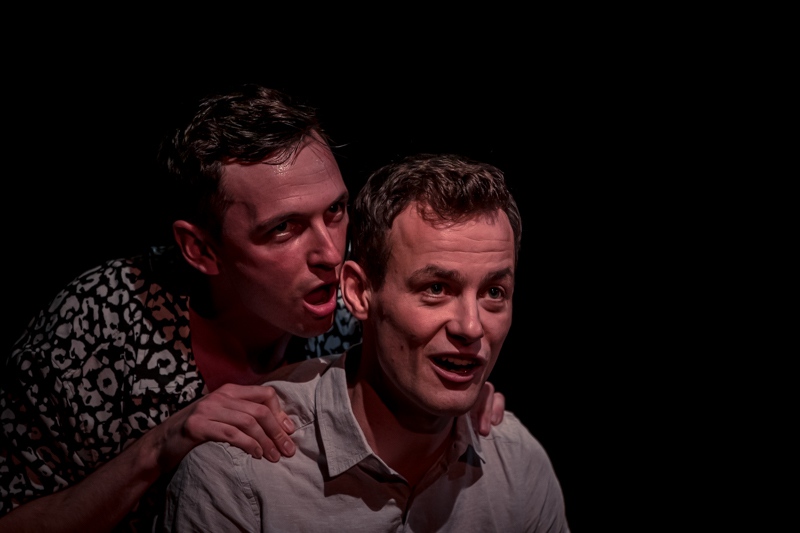 In Lad (soon to be performed at The Vaults Festival), the character of Steve is feeling good in the play, he’s a bit of a lad and he likes it that way. However, he starts to realise that perhaps such a state cannot go on forever, especially as his mates are changing and increasingly understand the opposite sex. One Duck puts our Steve under the microscope like an endangered species and this might make us talk about our own current thinking.

Mahon talks about the need for funding to get the ideas up and running and speaks appreciatively of support shown from the Arts Council of Ireland. Of course it’s not all about funding but venues as well. It appears many theatre venues are too expensive and such costs start to limit the number actors in a company and can impact on creative exploration.

As Lad is about to open at The Vaults Festival, (March 4th) Mahon praises the venue for making it possible for a company like One Duck to present award winning material in a central London location. It seems that such a window gives opportunity to companies that otherwise might not be able to afford some of the expensive major fringe venues that London has on offer.

One Duck has a passionate group of creatives that seek to provoke, entertain and draw in an audience that has a depth and range of age and backgrounds, to ensure the arts are not simply the prerogative of a select group.