Co-artistic directors of LUNG, Matt Woodhead and Helen Monks, take time out from their ongoing national tour to give us the lowdown on what to expect from Trojan Horse, the challenges of creating verbatim theatre and the path to a performance in Parliament. 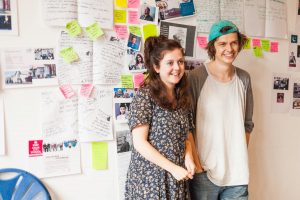 Can you tell us a bit about Trojan Horse and the background of the play?

Trojan Horse is a local story that hit the national press. Teachers and governors in Birmingham were falsely accused of radicalising their students. The case against the teachers collapsed but their defence wasn’t reported in the mainstream media.

LUNG have worked for over 4 years with some of the affected teachers, governors and students. We’ve collected over 200 hours of interviews. The teachers in particular have been heavily involved in feeding back into drafts of the script and taking an authorship & ownership of the story.

This play is a call to arms against the Prevent Agenda and so called ‘British Values’ which are quickly becoming the fabric of our education system.

Why is now such an important time to be performing the show?

The fundamental issues that caused Trojan Horse still haven’t been addressed. Why was the head of counter terrorism appointed to lead the government’s Trojan Horse inquiry? Why did the mainstream media report of ‘Extremists and the Trojan Horse approach in state schools’ when there was no evidence of extremism? Why was the prosecution in the case against the teachers sitting on thousands of thousands of pages of evidence they refused to disclose?

Trojan Horse happened in a culture of fake news, double standards and a shift in politics to the right. This is very much the world we are living in today. 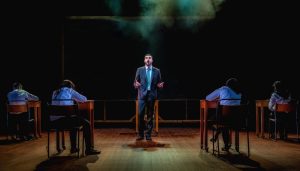 What’s the most challenging aspect of creating verbatim work?

The biggest challenge is always making sure the right people come and get involved in the conversation. At every performance of ‘Trojan Horse’ we have an Urdu translation of the show and 25 free tickets available for anyone who wants to access this. Free school workshops and £5 tickets are available for any state school.

In partnership with MEND (Muslim Engagement and Development) our Engagement Manager Madiha Ansari hosts a post-show Q&A after every performance. Panels are made up of local campaigners/teachers/politicians who have a personal connection to the subject matter. We are always joined by Professor John Holmwood who was an expert witness for the defence in the Trojan Horse Inquiries. In every city we visit, we want to spark grassroots discussion and collective action.

Looking nationally, we are working with Baroness Sayeeda Warsi, Naz Shah MP and The APPG on British Muslims to call for the government to define Islamophobia. We’ve launched a petition and we’ll be bringing the show to the Houses of Parliament later this year. 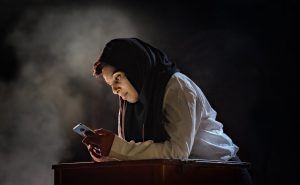 Last year you toured to Birmingham for the first time. What was it like to perform the show in the communities directly affected by the inquiry?

Birmingham was electric. The teachers and governors joined us for every performance, got up on the stage at the end of the show, took a bow and spoke. It was a privilege to watch them stand up in front of 300+ people every night, speak openly about their experiences and own their truth.

On our last day in Birmingham, we did a guerrilla performance in a community centre in the grounds of Park View School. It was particularly special for the teachers to come back to the school and be surrounded by their former colleagues and friends who were standing in solidarity with them.

What’s next for LUNG?

LUNG are developing a verbatim musical with 5 young people at The Queens Theatre in Hornchurch about their lived experiences of the care system. It will be touring in schools and community centres in autumn 2020, we’re very excited!