The Thelmas, the team behind the smash hit Ladykiller, are returning to VAULT festival with two brand new shows this Spring: Santi & Naz and NOTCH. Director Madelaine Moore speaks to Theatre Bubble about the inspiration for their latest productions, what makes a Thelmas show and why they’re reframing the term ‘feminist theatre’. 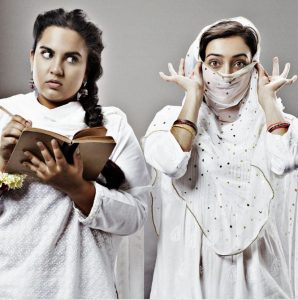 After directing Ladykiller at VAULT Festival last year, you’re directing two new shows this year. Tell us a bit about them

Santi & Naz is a story about two best friends that takes place between 1945 – 1949, with the partition of India in 1947 triggering a set of events that turn their world upside down. Writers Guleraana Mir and Afshan D’souza-Lodhi have created such a beautiful story, one which absolutely gives a sense of how partition might have impacted people in a very personal way. It features two young women who are funny and relatable, and full of joy navigating their way through this huge historical event.

Notch tells the story of a young Croatian woman, who moves to Ireland in the hope of starting a new life, but quickly finds starting again isn’t so easy without money, a home, let alone when suffering from unresolved personal and familial trauma. This is a complex female character who allows us into her inner world, revealing her humour and resilience, as well as her vulnerability. This comes to the fore when she meets a local woman called Mags, becomes obsessed with her and does something unspeakable.

They’re very different shows, what makes them both Thelmas shows?

A big part of The Thelmas’ work is about apologetically sharing female-focused stories which aim to defy and re-frame the term ‘feminist theatre’. Both the stories are told by characters who are largely underrepresented on stage. In Santi & Naz’s case, partition is well documented, however there are very few personal accounts of the events, and many of them are from men. We wanted to find a way to give voice to these young women, who would almost never be heard otherwise. Notch is similar in that currently our social and political climate is such that the voices of EU migrants are often drowned out in political debate. Although Notch is set in Dublin, we felt that choosing such a compelling character might be an interesting way of unpicking some of the issues.

Another thing we spend a lot of time thinking about, when telling female-led stories is addressing the question of agency; who is at the centre of the story and do they drive their own story forward? With both Santi & Naz and Notch, the characters are locked in a struggle to find agency in a world which affords them no power. No matter how flawed their handling of their situations might be, or poorly judged the actions they take, they are determined to try to carve their own paths. This is also something that came up in our other shows Ladykiller and Coconut – what we see on stage is essentially the consequences of this struggle. It is frequent to see theatre that places marginalised characters in the role of victim to which circumstances happen, particularly when they are also female identifying, so we are really big on making sure we push back against that.

What inspired Santi and Naz?

Around the time of the 70th anniversary of the partition of India, Guleraana had talked about wanting to make a show about it, so we began thinking about what that might look like. We did some initial work and realised that what we wanted was to have a show that touched on the partition, but didn’t feel like something out of a history book. We wanted it to be coming from a personal perspective, and be relatable to a contemporary audience. At the same time, I had also been interested in exploring teenage female friendship, so we decided to tell the story through the eyes of two young women. 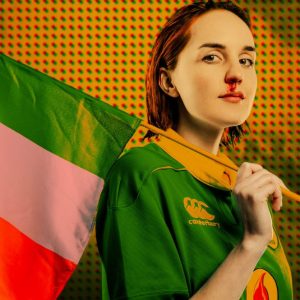 NOTCH is the first time you’ve collaborated with by Danaja Wass, how did you meet her?

The Thelmas run a monthly women writer’s group at Southwark Playhouse, which aims to challenge female identifying writers to develop new work which is daring and breaks with convention. Danaja brought 10 minutes of Notch along with her about a year ago and as soon as I heard it, I turned to Guleraana and was like, “We need this piece!”. As Danaja was leaving I nabbed her and got her contact details. There was something about it that was so visceral and exciting, and the lyricism of it really draws you into the inner world of this incredibly complex and contradictory character. She’s also really up for working in a slightly more experimental way, which is where my practice is beginning to head, so it’s a great partnership!

Is it difficult directing both shows at once?

In a word, yes, but because we have staggered the development of both them, it means that they are not both at the same stage. Santi & Naz started out in 2017 when we did a scratch at Derby Theatre with 20 minutes of material, which served as the basis for what the story has now become. That has very much been a collaboration between myself and the writers over  a long period. Notch was developed into a full length piece after that writer’s group and then Danaja sent it to me. I have done some dramaturgical work on it with her over the last year, but it has been a bit more of a traditional commission and produce model. This is going to sound like the worst kind of no-so-humble brag, but I have worked hard to get to the point where I am this busy, so I‘m going to shout about it! I am basically a workaholic, so while these two are happening, I am directing the Arcola Women’s company show for their Creative Disruptions Festival in March. Ladykiller goes on tour in March too, so we are currently doing a redesign of that, plus the Edinburgh shows I directed in 2019, Katie Greenall’s show Fatty Fat Fat is touring this spring, and Sadie Clark’s show, Algorithms will be coming back too. So I am pretty busy!

What other VAULT Festival shows are you looking forward to?

Our Associate Producer for Santi & Naz, Vikesh Godhwani is co-directing the new Chalk Line show, The Nobodies which sounds great. I am also really excited for Peyvand Sadeghian’s solo show, Dual, directed by Nastazja Somers – these two are top drawer theatre women, so I have no doubt it is going to be excellent! Nastazja is also developing Latinx piece, Invisibles with MIO Projects which sounds interesting. I saw a 15 minute version of Nathan Ellis’ WORK.TXT earlier in the year which was really unusual in terms of form, so can’t wait to see how that has developed. Aside from those, Shybairn’s Talk Propa looks good, as does The Paper Bird’s Ask Me Anything.

What’s next for The Thelmas?

Apart from the Vault shows, Ladykiller is embarking on a 29 date tour of the UK & Ireland in March and April which we are working on with house Theatre and Laura Elmes Productions. There is also something else very exciting happening with the show later in the spring, however we can’t say what it is yet, but keep an eye open around the beginning of February for news! We are also planning on taking Notch to Edinburgh Fringe in August. Beyond that we will be continuing development of Guleraana’s new play, Bootcamp, which features a large all-female ensemble cast, and is what we hope to be our first mid-scale production. We are planning on some participatory involvement in the development, and hopefully in the final production too which is exciting. We’ve already done one R&D of it earlier this year at Ovalhouse, so we’re looking forward to getting back to that soon.