Artistic director of The Theatre, Chippping Norton John Terry tells us all about their forthcoming production of the Olivier award winning comedy Jeeves and Wooster in Perfect Nonsense which tours the UK Feb – May 2020. 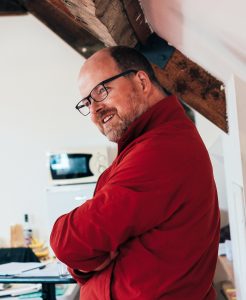 Perfect Nonsense is a brilliantly clever stage adaptation of the world of PG Wodehouse and his two best beloved characters. Not only does it capture the elegance and wit of the original writing, but brings a thrilling element of anarchic farce to the proceedings. We watch as Bertie Wooster endeavours to present a one man theatrical performance of a recent series of mishaps in his life, only to find that he hasn’t remotely though through how to put this onstage. Luckily, Jeeves, his ever-trusty butler, is there to help him through. It is an intensely comic, fast-moving explosion of characters, costume changes, manic misunderstandings and hilarious epithets.

Why did you want to present this play?

It brings together the jazz-era style of PG Wodehouse, the hilarious tempo of a classic farce and the contemporary edge of productions like The 39 Steps and The Play That Goes Wrong. It has proved an incredibly popular choice, with a huge tour visiting almost 50 venues across the UK.

How did you come to co-produce this with The Barn?

In some ways we have a lot in common with The Barn in Cirencester – the size of our theatres, our audiences and communities – but also a lot of differences. Whilst we have been going for over 40 years and host a mixture of received and inhouse productions, The Barn are only two years old and make all of their work themselves. Our teams have gelled well together, sharing skills and experience to make the most of the partnership, and it will be a great opportunity to show what two small regional theatres can produce for the national touring scene. 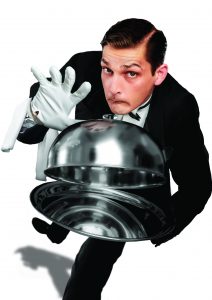 Were you a fan of PG Wodehouse before preparing for the production?

I was. My first introduction was as a teenager through the Fry and Laurie TV versions, and then discovering the books from there. It has been a lovely opportunity to go back and re-read.

What kind of audiences will enjoy this show?

We hope that it will be both a great first introduction to Wodehouse for those who don’t know him and a warmly familiar reminder for his ardent fans. I think the stylistic twists we have brought to the show – for example the cast having to provide all of their own sound effects throughout – will make it an appealing show for younger and more contemporary audiences.

What’s next for you after the tour?

I am based full time at The Theatre Chipping Norton, so it will be back to thinking about our next Christmas show, and a prospective tour of a play about the Mitford sisters in the Spring of 2021.

Jeeves and Wooster in Perfect Nonsense opens at The Theatre, Chipping Norton on the 5 February (and tours until 31 May), more details here