Produced by:
The Playground Theatre

A thrilling play and a dark insight into the extremes of emotional abuse, but Gaslight's gripping plot is let down by a lacklustre performance.

The term gaslighting, referring to the psychological manipulation of a partner into questioning their sanity, has become commonplace in popular vocabulary – earlier this year there was viewer outcry over examples of gaslighting in hit reality TV show Love Island. But many of those who use the word are probably unaware of the 1938 thriller from which it originates.

In Patrick Hamilton’s play Gaslight, Mr Manningham abuses and manipulates his wife, Bella, into believing she’s insane. He hides objects around the house to convince her she has lost them, banishes her to a bedroom and makes her believe the footsteps she can hear upstairs are figures of her imagination. It’s only when a stranger turns up unannounced that Mrs Manningham begins to unravel her husband’s elaborate deceit. 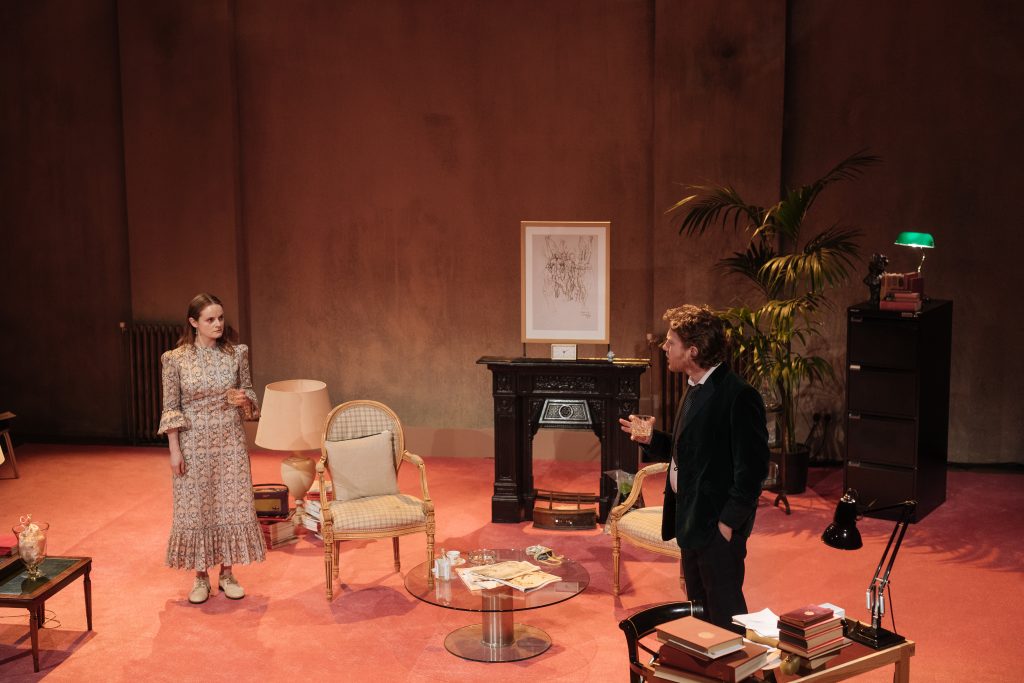 Rough and Bella in the Manningham household. Photo: William Waterworth

It’s a snappy little play that moves with brisk speed towards the plot twist of its finale. This means there isn’t huge room for scene-setting and character development, and some of the performances in Playground Theatre’s revival, directed by Imy Wyatt Corner, failed to deliver the necessary depth that would bring this play fully to life. Jemima Murphy as the haunted Bella Manningham was at first a little unconvincing as the pale, wan wife but as she gradually dissolved into hysterical desperation, followed by fierce bitterness, she came into her own. The play was at its strongest when Bella performed alongside the excellent Joe Mcardle as Rough. Mcardle’s performance as the eccentric police officer who arrives to save the day injected some light humour but also rigorous character into the proceedings.

However, Jordan Wallace’s Jack Manningham lacked the sinister energy the role is so desperately crying out for. The character has so much potential for subtle nuances – every line a calculated step in emotional manipulation – but much of this fell flat in a two-dimensional portrayal that flickered between rational calmness and shouty anger. 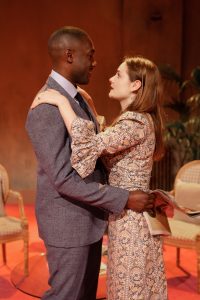 Grace Howard and Rebecca Ashley tied up events as loyal servants Nancy and Elizabeth, although their storylines are a little underdeveloped. The moment in which Mr Manningham demands Elizabeth to walk like a cat is one of the most disturbing scenes, in which his power-crazed need for control is most glaringly evident.

Although Kate Halstead’s set design felt a little inconsistent at times, the carpet was a smart touch. It was ‘Baker-Miller pink’, a colour used in prison cells after psychological research in the 1960s determined it to have a calming effect, even going so far as to influence muscle strength and the cardiovascular system on those around it. Even though the science has since been discredited, the colour has been used in many prisons, schools and hospitals over the years – the NFL have even banned its use in opposition changing rooms.

Overall it was the sharp dialogue and gripping plot of Hamilton’s original story that shone here, and there were one too many lacklustre moments in what could have been a compelling performance.

Gaslight continues its run at The Playground Theatre until 10th November every night at 7.30pm. You can book your tickets from www.theplaygroundtheatre.london.