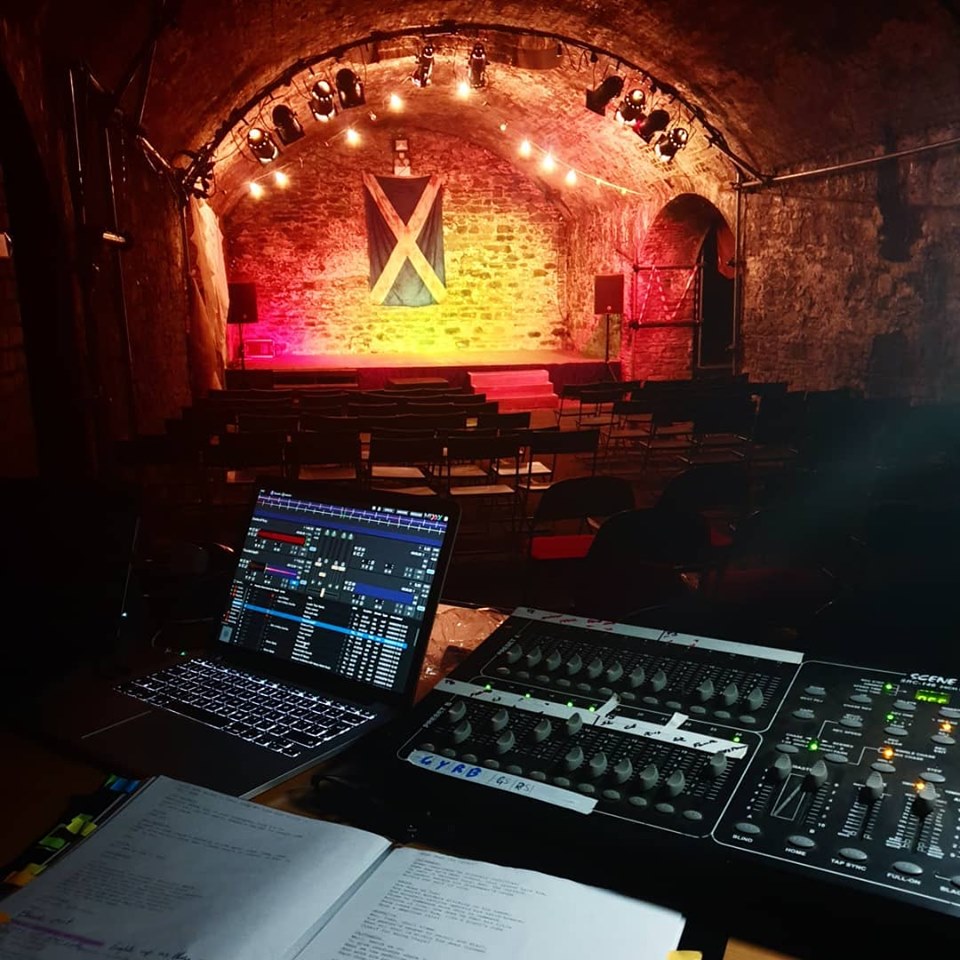 For anyone who really cares about improving work in theatre and film, profit share is never the first or ideal choice. However, for grassroots organisations – like us – with little to no external funding or sponsorship, and no wealthy benefactors, it is the only honest way to reward the cast and crew of a show. We can proudly say that as a result of this good practice, we have never once ended a show in the red, and our actors have always earned money from the shows they are in with us.

Regardless of the budget of a production, you should never, ever, for any reason, promise anything that you cannot guarantee offering your cast and crew.

Sadly, as with anything, people jump on the bandwagon to use it as a fancy way of saying that they have no intention of paying the cast and crew, or add so many “dodgy costs” to the outgoings that they make it look as if no profit is made – which then badly hurts the companies who are genuinely paying whatever they can and supporting their cast and crew in whatever way they actually can.

We spent a lot of time working out the fairest possible way that we can do this. One day hopefully, we will reach our ideal – which would be to have the funding and income to be able to offer all cast and crew a regular weekly salary. In the mean time we are constantly looking at best practice to benefit everyone involved with us. After all, we started to benefit local people wanting to get into paid theatre work, in an area where there are few, if any, such opportunities, and in an area of high poverty. We would be extremely remiss not to benefit everyone!

So today, we decided to share what we have developed as our best practice for honesty, open-ness, and supporting everyone in our team. Obviously this is always looking at improvement but this is where we are at, at the moment.

So, we looked at funding day to day running costs in a way that this does not come from the actors earnings from shows. That covers rehearsal space (we use a local community centre), and annual insurances.
We traditionally have had tables at carboot sales and fetes; and while this will continue, we will be soon opening a regular book stall at our local town market. This covers the costs of the rehearsal venue, and the insurances for the most part – as well as providing extra publicity for our shows, which of course sells more tickets to earn for the actors! Again, none of those costs are taken from the show ticket sales. We are also able to provide free tea, coffee, biscuits and milk for free rehearsal refreshments – on a week when income is low, one of the company directors will purchase these for the group.

Then of course there are show costs. With early planning, and always keeping an eye out, we have been able to source most of our costumes, props, and even techincal equipment, by touring local second hand charity shops, and picking up things from Freecycle. We have some lights (fully tested, and working beautifully), and a sewing machine for repurposing fabric and costumes, that had been found dumped. It is amazing what you can find, and remake, with planning and effort.

Then it is down to getting the show on the road. We only book venues which can offer a box-office split, rather than an upfront hire cost. The usual split is 80% to the production company and 20% to the venue. We did learn in our early days to be very careful with contracts for the venues, to make sure they do not add hidden extra costs that you never agreed to. As a regional and female-led company, there are venues which will try to change things from under your feet.

We tend to be quite clear that we only accept actors and crew based in our regional area – this is because many of us live in less-than-ideal accommodation where we cannot put another person up, and we do require people to attend rehearsals and performances in person. With no possible budget to cover travel and hotels, we therefore are restricted to working with people based in our local area.

So, once shows are booked, we work ourselves crazy in publicising the shows – after all the more ticket sales we get results in the more that the actors and crew earn. Publicity on little or no budget is a whole other article, and takes a huge amount of work, but it can be done very effectively.

After the show, we get the ticket sales reports from the venues, and the payment for our (usually 80%) of ticket sales, from the venue to our company. This is usually quite detailed information, and we make this available to all cast and crew, in our productions locked cast/crew facebook group, as screenshots, so that everyone involved in the show can peruse and check the figures should they so wish. Once the show run (which may include several venues) is over, and all sales reports received, we refer back to these reports as made available to the cast and crew; and also provide the final breakdown of total earned by the show.

This (again in a group post provided to all cast and crew) is then broken down equally by the number of people involved in a show, so that each person will receive an equal amount, down to the nearest penny. (Regardless of your role in the show, you receive an equal share, because you are equally valuable to to the show – without you it couldn’t happen!).

The payment then is made available and paid out within 7 working days, of our having it, to all cast and crew. That is how we deal with the financial side. However, that is not the limit of what we provide.

You can provide more than money as well.

Regardless of a low or non-existant budget, you can provide extra things to your cast and crew, which is seriously valuable. It can vary a little by show but there are constants we developed our list by looking at portfolio development opportunities for your people, creature comforts, and tangible things! It also doesn’t need to be the often nebulous and undefined “exposure”, hated by all theatre and film professionals. It is far better to consider what actual things you can guarantee being able to offer. These do not need to be expensive things, or even cost you much time, but can be very valuable to the recipient none the less!

Our guaranteed “extra” things for cast and crew on any production include:
– Show photos (character photos, on set, or in a themed location)
– Individual character posters (featuring a character poster of the actor)
– Video clips of the show featuring the work of the actor or crew member.
– Copies of any publicity (think newspaper articles, etc) featuring the cast or crew members image or name.
– Social media shoutouts where possible for the cast and crew members.
– In-rehearsal / backstage refreshments (tea, coffee, biscuits, fruit squash)
– references for work or education (after show run has ended)

We do not ascribe a financial value to these things but instead provide them in addition to the financial profit-share.

What is important in any profit-share production, is to offer everyone what you can guarantee: in our team, nobody, from the company owners, to the tea-lady, is treated differently from any other, or gets any more or less than the others. It is also critical to be open about everything. Not only does it allow people to see for themselves, that you are doing all you can for them, but in a world where all of us are jaded by malpractice, it builds confidence, which is also important – it adds to a positive atmosphere, and a positive atmosphere makes for a happier cast, who put on a better show, which builds the production following, and so on.Our ultimate aim is to find the funding and support to be able to move to regular weekly salaries for the team, and in fact active attempts are being made to find the support to take this next step, however, in the meantime, this is where we are. And doing our best with the circumstances we find ourselves in.