Produced by:
The Park Theatre

Fast is a deathly tale that gives wellness a bad name!

Fast by Kate Barton, directed by Kate Valentine is a dark tale of diseased obsession driven by ego and galvanised by prejudices as a newly found sanatorium offers hick cures of the day to the rich and gullible. It is a lack-lustre piece for a variety of reasons. Squeezing it in to a small studio at the Park Theatre does the piece no favours, as it minimises the potential of the lonely crumbling building and along with direction that is clunky at times any chill this thriller might produce is somewhat luke-warm. 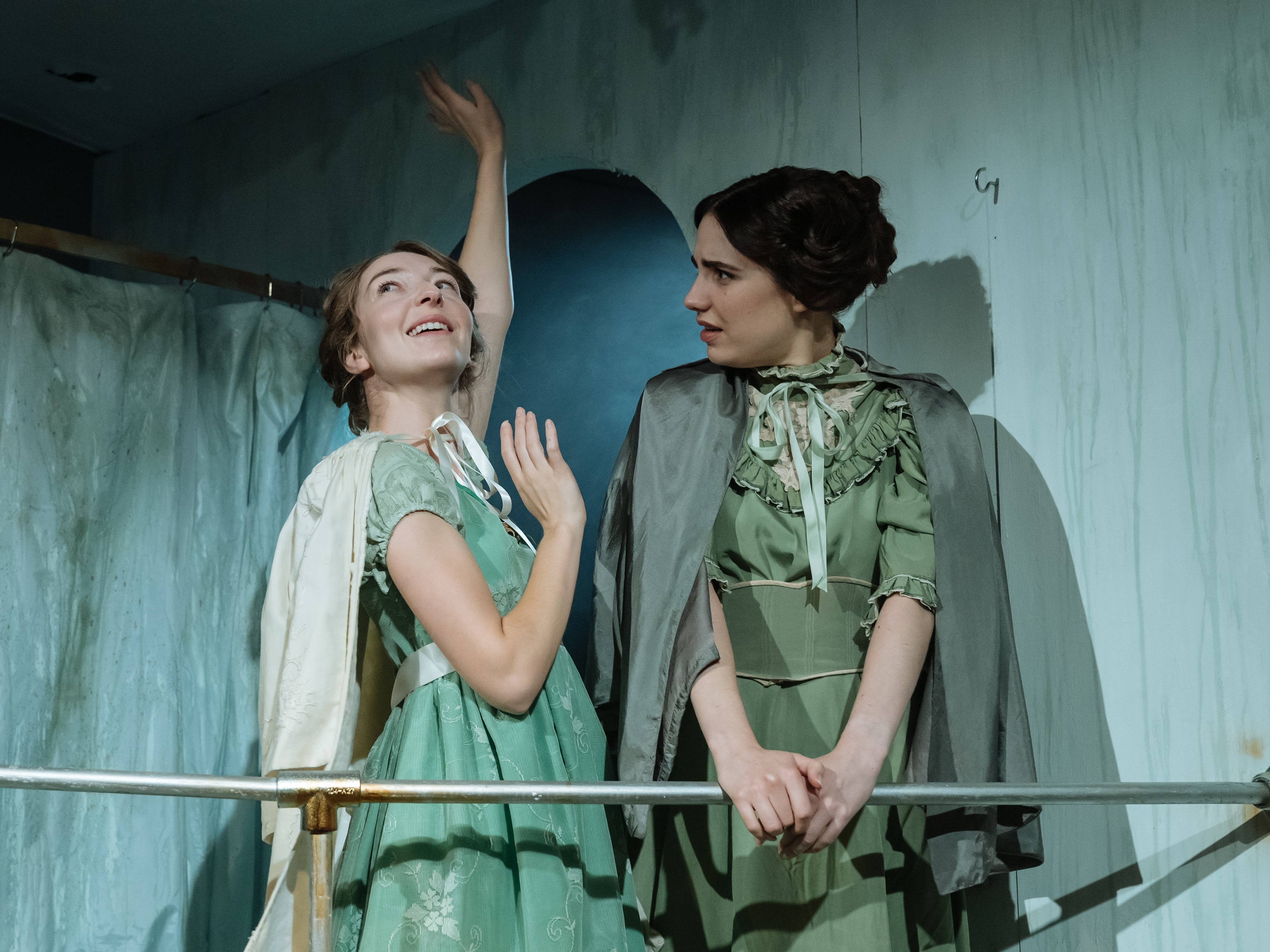 Fast is a play that revisits the deathly deeds of early nutritionists where wellness centres were not quite as we would imagine with their brutal care and stark facilities. Based on a true story of Linda Hazzard (the very name seems a giveaway) whose medical practices were already under scrutiny by the Seattle press as her staunch views on health provision was based on a suspect latest fad, namely starvation. Hazzard thought, control the food intake and you control the bacteria therefore organic disease will not arise and you will be rejuvenated – an innocent theory with terminal results. This play focuses on some of fatal events that took place in her sanatorium. Two English sisters (played by Natasha Cowley and Jordon Stevens) starve to death. Cayton Jnr, a local reporter, seeks to find the truth and Hazzard, despite feeling herself to be an expert on intestinal issues feels vicitmised by the press and believes herself to the subject of sexism from her male medical contemporaries. Much as Hazzard blurts out from time to time that she is excluded and alienated by a male dominated society it sits uneasily as we can see her patients subject to poor practices – so they may indeed have a point.

Some spooky moments catch the breath briefly as the play creeks its way towards the inevitable but generally much of it lacks a degree of tension and sense of anticipation. The sisters limp through much of their opening scenes as they carry their lightweight suitcases and dialogue to match. It often lacks suspense and focus and much as Caroline Lawrie gives an energised and decisive performance there is little in the way of danger. A psychological thriller it may have been, had there been a psychological depth to the characters but here we have set pieces; the orphaned sisters, the demonised protagonist and the pushy journalist but despite Lawrie’s strong performance the play lingers towards a cruel death. Lively exchanges with Cayton Jnr, played with style by Daniel Norford, give the play some suitable contrasting moments. With Clayton Jnr and Hazzard there is a sense of characters sparring and developing as they seek out their own conclusions but too often the atmosphere is deflated. Fast is a play with potential but it is not fully realised here despite valiant efforts. Special mention here should be given to Ben Bull and Don Bywater who’s lighting and projection design really helped move the piece along and captured something of the period.

Fast is on at the Park Theatre from 15 Oct – 9 Nov
Tickets: www.parktheatre.co.uk