Review of: Derriere on A G-String

Derriere on A G-String is written by Alfred Taylor-Gaunt’s who has created a series of sketches, scenes and vignettes that both entertain and challenge us with its range of creativity and imagination. It is a delightful programme delivered with a sense of fun and comedic frolics, as Taylor-Gaunt seeks to entertain us with a new take on old classics.

There is plenty in Taylor-Gaunt’s work to satisfy the more traditional amongst us as there are arabesques, pirouettes and adagio a plenty but it is in the manner in which Derriere is delivered; comic turns and lifts, amusing adagios and an amalgamation of moves serve to entertain sharply and with pace. If you don’t get it, no worries there’s plenty more to catch the eye. His work is fast and funny and it’s not everyday you can say that about ballet. 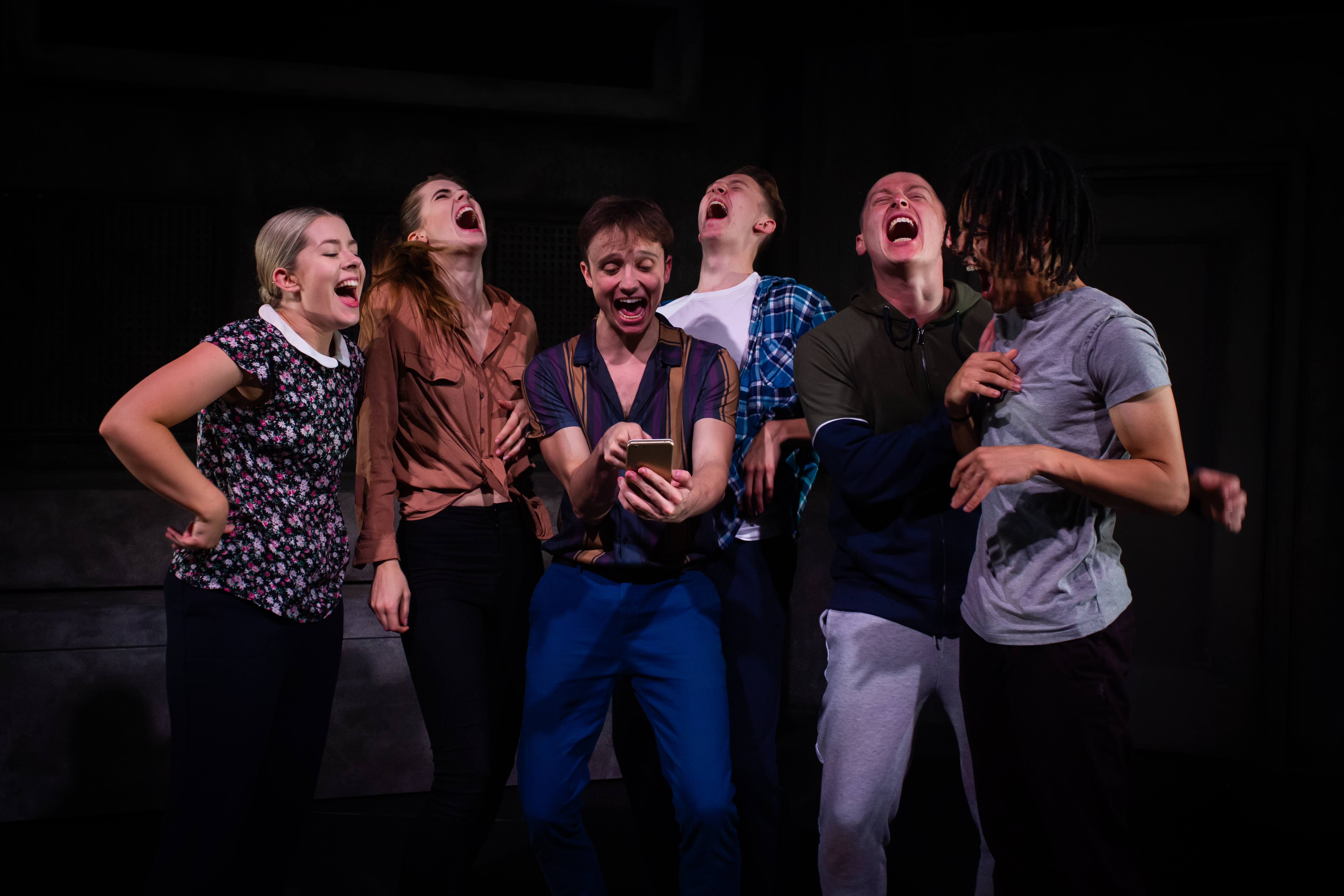 It’s irreverence is amusing as we recognise choice classical pieces set to seemingly contradictory action and movements; waiting for the bus and commuting to work at an ever increasing pace to Henry Wood’s Hornpipe was controlled and filled with chaotic changing imagery. Scenes moved seamlessly from one to another, as in Morning Wood, where the bed was set up with ease and the recognisable action of erotic dreams starkly contrasted with the delightful expectations of Grieg’s Peer Gynt music. This challenging of expectations kept the piece rolling along with ideas coming thick and fast. Flight of the Bumblebee was given a new and invigorating interpretation with Carmina Burana,O Fortuna, for once reflecting some of those dubious lyrics.

Dancing was controlled with elevations, turns, stretches and arches to entice the eye but humour, however dark, was never far away as in our charity workers asking for donations and when not forthcoming, of course violence ensued – darkly funny stuff. Vocal sounds were a leitmotif linking or reflecting attitudes that were then compounded physically – all entertaining stuff. This is the crux of Derriere, it seeks to entertain and deliver classics both musically and physically in a format that can reach a wider and younger audience, – classical dance for the Instagram generation – short snappy, rude and irreverent yet at its heart sound and respectful. A new and younger audience will, I am sure be drawn in to the world of dance as they witness the work of Ruth Emily Plaxton, Aisling Tara and Josh Sinclair-Evans as they present this fresh approach to a range of classical work because they make the form seem accessible and importantly achievable – this young troupe knock down many of the barriers associated with classical dance.

Libby Todd designed a striking set with neon lights and flexible cubes, all usefully used from beds to toilets and this allowed the piece to flow effectively. Equally the costumes, from hard hats to high viz jackets reached out to communicate that dance is not set in aspic but alive and kicking. This was particularly evident in the builders scene, The Buttcracker, where our macho men connected through the pas de deux, speedily grabbing every salacious moment as their tape measures and spirit levels become longer and larger with each step, twist and turn. Alex Murray and Jonathan Mewett were particularly strong, capturing much of the humour of the evening and Sammy Moore interacted with audience with a great sense of ease and fun.

Alfred Taylor-Gaunt’s work is filled with wit and clever innuendo wrapped in a contemporary bubble that explodes with life. So many everyday subjects are given the treatment; the NHS with a bloody Rossini overture, a delightful egocentric delivery of The Human Voice to Barber of Seville where the company worked in a physically theatrical manner as well as being a unified dance ensemble. I particularly was enticed by the over sized swan playfully interacting with a rather dashing hero to the strains of Tchaikovsky. In Every Cloud Has A Vaper Hiding the company really shone with its sense of creativity, skill and expertise as the hoodie clad group, with their uniformed movements and synchronised puffing, pushed palls of smoke into the blue lit night which was visually very arresting.

Derriere on A G-String is a production that will be appreciated by a wider audience than usually might attend the lofty heights of Saddler’s Wells, catch it if you can.