Writer and performer Polly Wiseman tells us a bit more about uniting Andy Warhol’s muse with his would-be assassin in Femme Fatale, and why she is encouraging all women to help her make a new feminist manifesto. 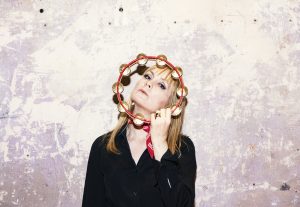 Femme Fatale is about to tour Sussex before coming to London, can you tell us what the show is all about?

Set in 1967, it’s an imagined meeting between Andy Warhol’s muse, Nico and his would-be assassin, Valerie Solanas. Nico, singer with The Velvet Underground and Warhol Superstar, waits to shoot his latest movie when her room is invaded by radical feminist Valerie Solanas. She wants the celebrity’s help to spread her message of female revolution, but Nico only craves drugs to insulate her from her pain. But perhaps these two iron-willed opponents could change their futures, if only they would become allies… A darkly comic drama about fame, failure and feminism, it features original writing, live music, Super 8 footage and stand-up in an intimate cabaret setting. The show draws parallels between 1960s feminism and now, throwing in to relief how much still needs to change. 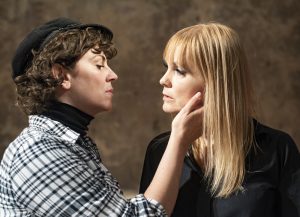 And what drew you personally to the subject matter?

It’s still really hard, as a woman, to live an unconventional life and be celebrated for it. I think it’s high time that changed: that’s why I wanted to write about Teutonic junkie Nico and ‘feminazi assassin’ Valerie Solanas. Both revolutionaries, in their different ways, thirty years after they both died, their work continues to inspire artists and activists. As singer with The Velvet Underground, Nico exuded Ice Maiden cool. But she grew to hate her glamorous blond image and in her solo career, dyed her hair brown, became a heroin addict and pioneered a whole new genre of music as the ‘Godmother of Goth’. Clearly, there were dark roots beneath the shiny blond surface. Valerie Solanas is remembered (when she ever is) as the angry psycho who shot Andy Warhol, but she was an influential second wave feminist. When I read her 1968 SCUM Manifesto – Society For Cutting Up Men – I found it both hilarious and utterly relevant. Realising Valerie and Nico had been in the same Warhol movie (I, A Man), an idea started to form: what would happen if I put these two uncompromising characters in a room together?  As the 2017/18 revelations of sexual abuse in Hollywood came to light, I started to consider Valerie’s shooting of Andy Warhol as an early #Times Up moment. The time seemed ripe for a re-imagining of two female pop culture icons, battling for control of their own destinies. As a writer, my obsession is telling the stories of outsider women – which both Valerie and Nico  were, coping with mental illness, poverty, addiction, abuse and in Valerie’s case, homelessness, begging and sex work. They used gallows humour as a survival tactic, so my play is a dark comedy. And it’s a cabaret-play, because I wanted the characters to be able to interact directly with the audience. 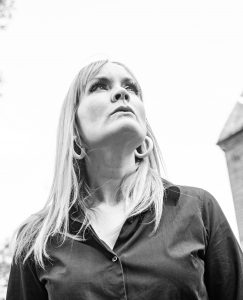 Feminism and equality continue to be issues, what do you think we can learn from Nico and Valerie to use to further the cause today?

A quite important takeaway from Valerie’s story is “Don’t shoot anyone!” But seriously, what I take from them is: go your own way, do your own thing – and eventually, the world will catch up. Both women, for better or for worse, were true to themselves – and they’re finally beginning to get the recognition they deserve. Which isn’t to say that everything is now sorted. The battle for sex and gender equality still hasn’t been won, so alongside the show, we’re making a new feminist Manifesto that audiences and the online community can contribute to. At the end of the tour, we’ll show it to policy makers and start a conversation about the things that still need to change for womxn. That’s our way of honouring the less homicidal part of Valerie Solanas’s legacy: her original 1967 SCUM Manifesto! The way to contribute is:  write your demand down, take a photo, share it to Instagram/Twitter tagging us @SCUM_2019_ and using #SCUM2019.

You have worked with director Nathan Evans before, what would you say characterises the work you make together?

We have a history of revisiting alternative pop culture: we wrote and performed a musical around the songs of Blondie together, at Latitude Festival and the RVT and I was ‘Door Whore’ Polly Vinyl for his celebrated club night Vauxhallville at the RVT, which fused cabaret, burlesque, political satire, visual art – and occasionally, theatre – and marinated it all in booze and good times and great music! Perhaps ‘irreverent’ is a good way to describe the work we make. And we’re both keen to illuminate the stories of outsiders. Nathan has a phrase, “Make em laugh, make em cry – make em think.” That’s the ultimate aim, I guess. 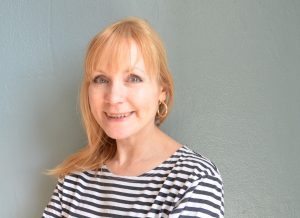 Tell us a bit about your company Fireraisers too, how did it begin and what have you produced in the past?

I founded Fireraisers when I was at drama school, having realised that most parts for women were rubbish: also that ninety percent of the population would never set foot in a building called a theatre. So the aim was to produce ‘extraordinary theatre in unexpected places’, whilst employing at least as many women as men. Based in Lewes, East Sussex, our shows put women centre stage: Bright (at Soho Theatre) featured a central character with bipolar disorder, Phoebe 1999 (performed in a night club) was about a Brighton woman who dressed as a man to fight in the Napoleonic wars, Loaded (toured the South East) was about an ex porn star (I’m currently turning this in to a screenplay for Danfilms) and our International Writer’s Festival (Birmingham Rep/NT Studio/Hampstead Theatre) featured work by Tena Stivicic (Susan Smith-Blackburn Prize Winner), and Anna Ziegler (Photograph 51, starring Nicole Kidman, in the West End). We’ve done several large scale outdoor shows too: we produced site-generic interactive murder mystery, X, in woodlands across the South East, developed Manchester Sound: The Massacre for Home Mcr, which collided Rave culture with the Peterloo Massacre in a recreated Hacienda in a warehouse in the Northern Quarter and produced Andy & Edie, which played everywhere from The Criterion in the West End, to art galleries, to Selfridges window on Oxford Street and This Rough Magic (a version of Shakespeare’s Tempest) on an oil rig moored off Brighton beach that included Red Bull’s extreme sports team, 100 professional and community performers and a specially-commissioned drum n bass soundtrack and attracted a record one night audience of 30,000. Femme Fatale is playing cinemas and bars in the South East and at Omnibus, we’re turning the space in to something resembling a cabaret-bar. 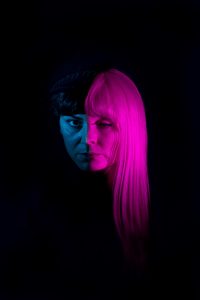 And what is next for you, and for Fireraisers?

Next up, I’m going to be working on a fantastic movement-led show called Hawk, for Company Gabrielle Moleta and developing my play Warlords & Tyrants, in which villainous Victorians collide with death threats on Twitter and a sculpture of a ten storey man-eating vagina…I also hope to remount my immersive audio installation, Damage Control, with Playground Theatre  – which uses verbatim dialogue to explore the language of emergency, from the Great Fire to Grenfell, set amongst Josie Spencer’s incredible life-sized sculptures. Fireraisers will develop an immersive, site-specific show drawing on Daphne DuMaurier’s short story The Breakthrough, about a team of scientists trying to capture the soul at the moment of death. We hope to work with scientists and psychologists and are on the look-out for spooky abandoned labs on cliff tops…with reasonable transport links! We also have plans for an original touring show  featuring film and live music: a cinematic tale of passion, possession and poison, which will tour to cinemas and bars in the South East.