Review of: Heartbeat of Home

A fusion of music and dance with story telling that enthrals as the fiery rhythms spark our emotions to feel the passion and the pride of dreaming of a new world.
Image Now photo

Heartbeat of Home is a show that shouts out for inclusivity, diversity and unity. In the turmoil and division of Brexitland it somehow seems fitting that Heartbeat of Home tells us something about the unifying spirit of Ireland, both in its traditional elements and its international presence. Conceived by John McColgon it is a highly creative piece of entertainment and with the inventive choreography of John Carey along with stylish musical staging by David Bolger the show vibrates with energy and would excite any audience. This is a five star show on sheer dancing talent and skill alone, not to mention the high quality creative production values, and if the storytelling was occasionally unfocussed, this is still a show to recommend. 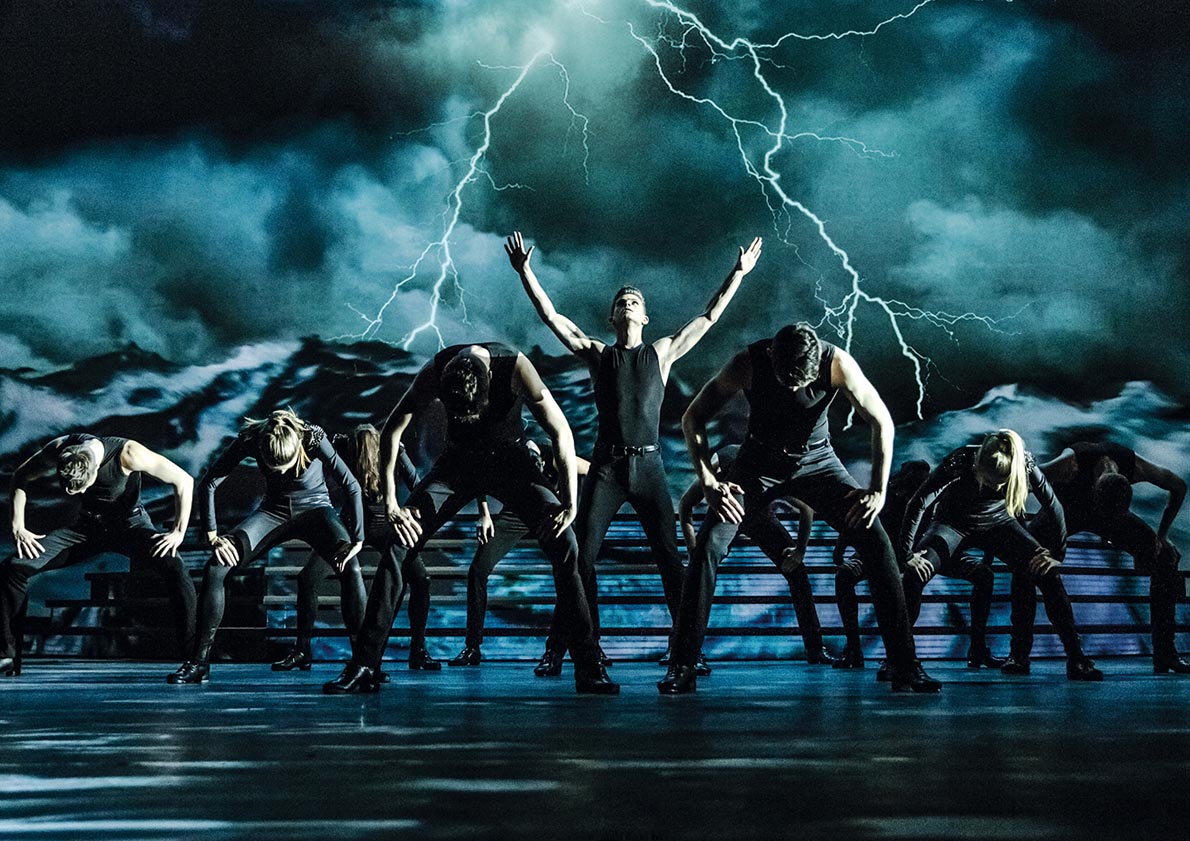 Heartbeat of Home is a tale of diaspora – a people searching for something new while lamenting the call of home. It illustrates the courage to seek new shores with new-found freedoms. It is not only an Irish story but importantly this fresh take on it reminds us that the struggle of the poor, the excluded and the oppressed were not confined to Ireland. Through dance and movement the piece sets out to show the similarities between peoples – the struggle is a common one and each beat, toe tap, clap and stamp echoes the voice of all nations who find themselves dreaming of new opportunities – demanding to be heard.

Goal posted by a selection of personality-fuelled musicians the simple open stage with a few steps is deceptive as the upstage video screen moves through a range of vibrant images to set scenes, change atmospheres or offer a vibrant range of dreamscapes, all designed by David Torpey and David Mathias. Similarly, the music is an audio kaleidoscope, composed by Brian Byrne with lyrics by Joseph O’Connor. Their music provides us with haunting Celtic tones but it also has echoes of the Latino genre with its samba rhythms and flamboyant flamenco sounds – even contemporary dance beats are evident with a hint of funk or hip hop. The music is eclectic and the compositions mesmeric as sound and images collide and to complete this panoply of creativity a wide range of dance styles fuse in exciting harmony. Instrumentals are interspersed with song and this cavalcade of dance and song really does have something for everyone.

The first half struggles to keep the narrative focused and at times songs seem more of an interruption to the story telling. For sure Heartbeat and the Emigrant’s Lament earn the moving farewell in Homeplace but as the storytelling wavers it is easy to be simply impressed by the brilliance of the lead dancers, Maggie Darlington and Bobby Hodges, both dynamic and in their athletic star-like delivery. However, the sense of revealing all people’s journeying together was not always coherent. As we got introduced to sunny Caribbean moves, or the controlled passion of the flamenco or indeed the sensual Latin influences it was not always in sharp focus. The contribution of Pablo Egea and his partner Rocio Montoya was riveting and in their set routines were expressive and their passion for freedom was clearly evident in their story telling– dancers of the highest caliber for sure. Equally in feverish rhythmic encounters Lisa Welham and Valerio La Pietra riveted the audience with their flair, precision and control. The beat continued, driven by the excellent percussive invention of Mark Alfred, not only the MD but a key performer as well

The storytelling was at its best in act two; Land of Shared Dreams, with its brilliant opening sequence. Using iconic images of the high-level construction immigrant workers of New York was awesome. As working migrants literally take to the skies they find their own unique cultural expression on a supposed twelve inch steel and it is both exciting to watch and moving to behold the unity and harmony among those who have dared to dream of another life.

Fiesta Mundo was exhilarating and captured the sense of fun and relief of a journey complete. Impressively the piece not only captures a sense of passion and commitment of the immigrants, as in Flamenco Fuego or the exciting Tango Nuevo but it also conveys moments of humour evident in the construction scene and New World Groove – all very cool.

Heartbeat of Home is a fusion of musical sounds and styles that illustrates the ideas and common goals of freedom and acceptance and is brilliantly expressed through the egalitarian notion of dance and movement. We recognise the desire to dream of a better life while not wanting to lose the things we cherish. Heartbeat of Home captures the dreams of us all.

Edit. The article was updated on 17 Sept to correct the lead dancer. We had incorrectly identified James Greenan as lead Irish dancer but this role was in fact taken by Bobby Hodges on press night.