Review of: The Living Room

A surreal journey through the rules of death led by two charismatic clowns.

Audience participation and clowns, two things I did not expect to find so enjoyable, or so affecting. From the very first moment when you enter the space to find a glamorously gothic Amrita Dhaliwal intently unrolling paper tape and tallying scores in chalk you know you have found yourself somewhere that’s both arrestingly unpredictable and entirely sure of itself. We’ve barely sat down before the other half of this double act, a puppyish Gemma Soldati, has made her unexpected appearance and we’re being moved around the seating bank. With less engaging performers The Living Room could have been awkward and alienating, but their effortless ease with the audience made us feel safe and bonded us as a group. 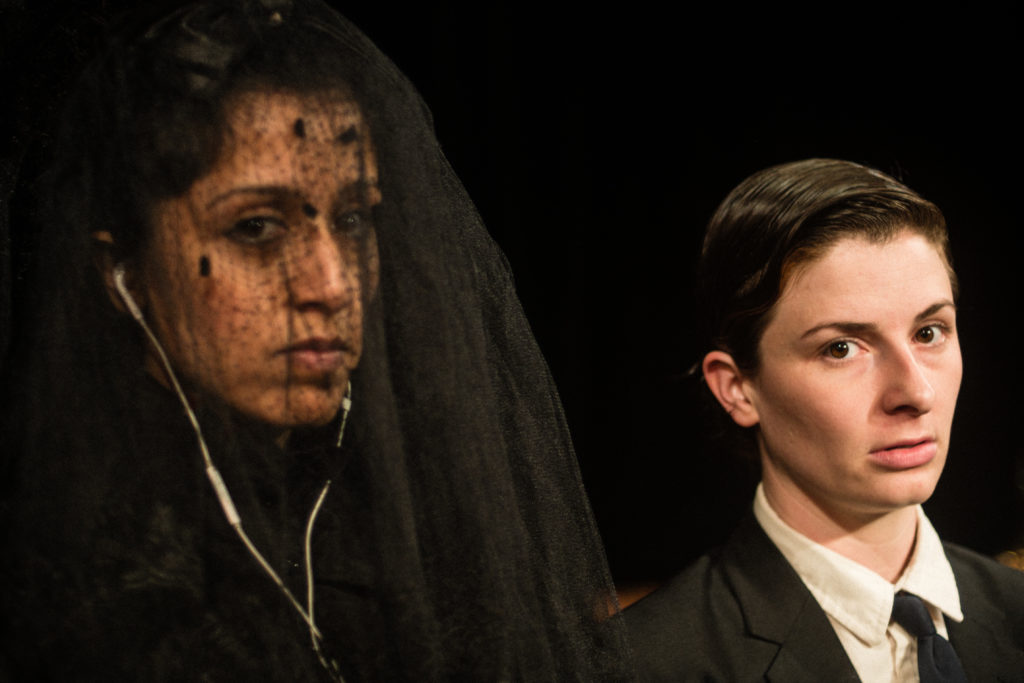 The surreal plot sees our protagonists confined to one room, answering phone calls that tell them who has died, and taking note of the death for their records. Dhaliwal is the regal, commanding ‘Accountant’. She tells us the rules, and we trust her authority. Soldati is more (deliberately) clumsy and idealistic. When she accidently kills The Most Important Member of Their Household, we know that she’s learning a hard lesson about the finality of death, and the way that life goes on regardless. The extent of their skill becomes apparent when they ask us for the names of loved ones, who have left us, and despite having been laughing continuously up to that moment, we take it seriously, and there’s a real sense of ritual mourning. Then it’s back to laughing.

At the end of this hour of dancing, slapstick and waiting for the grim reaper, the Accountants reset the room for the next batch of The Living, and we head off into the night still talking to each other.

The Living Room will be continuing its run at Assembly Rooms till 24th August at 21:20 every day except the 13th and the 20th. You can book your tickets from www.edfringe.com