The zombie genre has been played to (un)death. That said, its horrific and comedic potential continue to draw crowds and entertain them greatly. Zombie Zoo, a two-hander by Kevin Short, brings a new perspective to the tried-and-true trope by portraying a conversation between a captive half-turned zombie – speech and comprehension intact, reasoning and appetite for brains completely out of control – and his military prison captor who attempts rehabilitation. Unfortunately, it does not take long to exhaust the premise, but the engaging physical performances, multimedia presentation, and some eleventh-hour surprises keep the show engaging throughout. 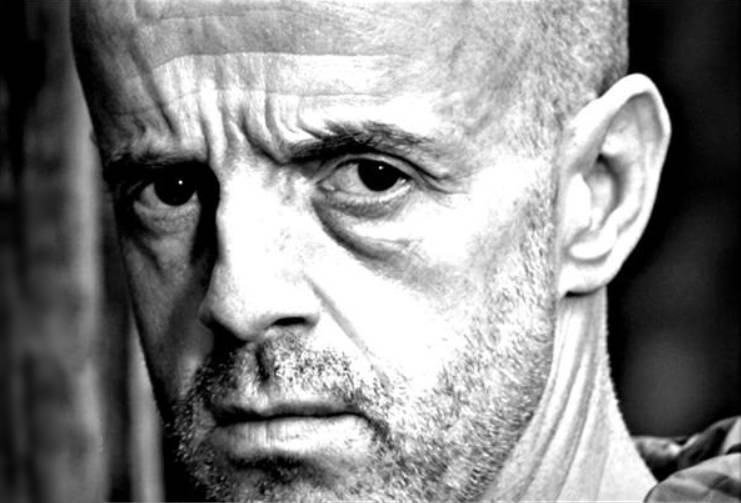 Zombie Zoo finds an ideal setting in an almost-bare black box, believably simulating an underground bunker in a war zone. The live performance is punctuated by ‘archival footage’ of the zombie war, with our two leads – Short and Dominic McHale appearing in flashbacks to the world above and their life before this (voluntary and involuntary) confinement. This dynamic presentation keeps the pacing strong and captures the apocalyptic scope of the world Short and company have created – impossible in the confines of a small Fringe venue!

Short has the least forgiving role, showing the same relentless physicality and vocal intonation as he constantly keeps his guard up around his charge. Realistic, possibly, but unfortunately not the most compelling. By the time the show reaches its final act, not enough has been done to hook audiences on the twist. By contrast, McHale puts in a powerhouse performance as half-mad, man-eating prisoner. While solely focused on his plans for feeding and world domination, his volatility and unexpected turns of phrase make him endlessly watchable – perhaps more zombie fiction should give voice to the  The script is workmanlike at best, relying too heavily on exposition that seems extraneous with the supporting video, but the occasional brain-based turn of phrase and misinterpreted repartee elicit genuine chuckles.

Zombie Zoo might not change the genre and stumbles when wading into emotional territory, but fans of the brain-eating beasts will find fifty minutes of strong entertainment.