A Rugby tale of obsession and desire.
Review of: Bleeding Black

A sporting tale for our times.

A new one-man play written and performed by Christopher Watts is a personal narrative of how the intensity of fandom can be destructive. Identity is at stake in this tale of the young trouble Kiwi who starts out with such promise as a keen rugby player from the tender age of five.

Watts conveys much of the complicated emotions between a New Zealand rugby obsessed father and son. The former is distracted, absorbed, supportive of his sport while excluding so much else (his wife, his son and in some instances his community) and the latter, his son who is open and sensitive with all to learn. 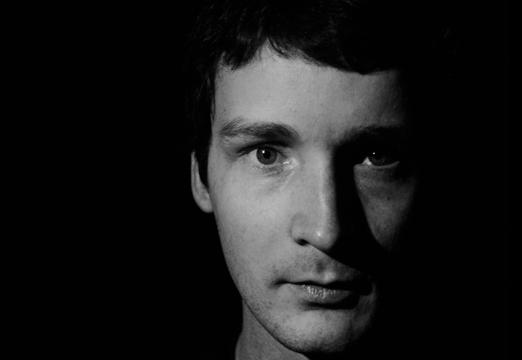 Dad is the local coach and will not entertain the idea of a young footballer so knee-high Christopher is enlisted in rugby training in Palmesrton. Does he resist? Can he speak his thoughts aloud and say no to ‘harden up a little bit kid’? This personal narration is filled with regret. Filled with realisations of the bullying tactics of a ‘no whining’ dad, filled with the echoes of aggressive advice of ‘hurt them’, filled with the thoughts of how inspiration can turn to obsession.

Our storyteller is inspired by the skill of the All Blacks and wants to become a player and importantly sees it as way of bonding and being with dad. Even witnessing dad’s touchline ban for being foul mouthed the young Christopher, still needy for ‘father and son time’, forgives. Of course there are results, Christopher’s skills improve and he gets his Napier scholarship. Freedom still eludes him, as he screws up his studies and relationships through his rugby obsession. He drinks heaps, either to celebrate success or mourn some kind of loss; the All Blacks are his gods. Demanding gods, new kit, new debt, new stimulants, and new commitment is the constant demand. Each defeat can be chronicled, a 2013 tie with Ireland, each loss relived 2011 with France. Players and stats are his mantra, Cruden, Beaver, 2017, 2015, a draw, a loss a forward pass – these gods consume him. As Christopher falls, losing his studies, his job and girlfriend a somber reality strikes – he is like his dad! If you train to exclude, to hurt and to be a beast – guess what? That’s what you turn out to be!

For a boy who wanted father and son time it is a depressing tale of shame and waste. The All Blacks can inspire and sport can unite but fixed obsessions destroy as the individual identity seems get lost in the crowd.

Watts performs with energy and conviction, characterising the narration effectively in places as he switches pace with some skill but an exploration of familial tensions and male oppression never really felt convincingly conveyed by full time.

The relationship that New Zealand has with rugby is intense and informs all of their lives and this sad tale is a story for our times where we should remember that to win is glorious but defeat can hold a certain dignity as well. What seemingly divides us can also unite and that’s what we should obsess about – Watts does a pretty good job of reminding us of all that.