Review of: Age Fright: 35 And Counting

A poignant, funny, show about childhood nostalgia and ageing.

In a tiny room in Riddle’s Court, stand-up Jaleelah Galbraith is confronting mortality. She sits on the stage and tells us about death. First of a grandparent, then of a friend. Someone older, and someone who will always be younger. She explains the stages of grief. That she discovered that it’s not linear, but muddled. And that sometimes all the stages are experienced at once. 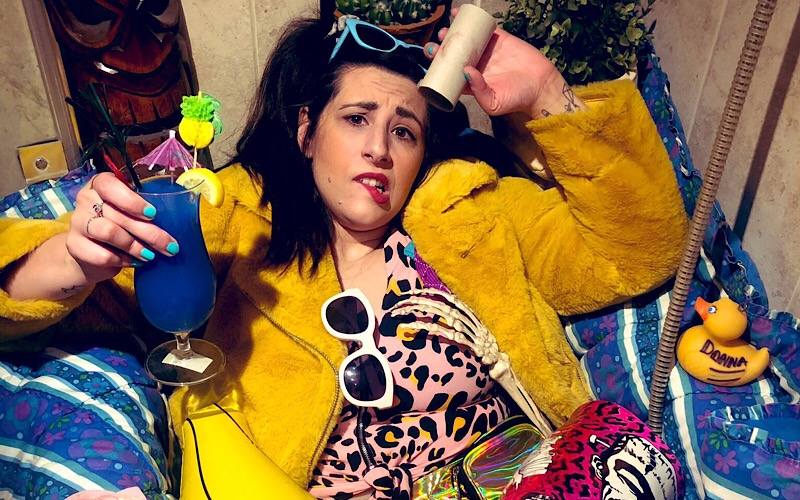 But this lesson comes towards the end of a bright, chatty set. At the beginning she warmly and enthusiastically reminds us of the boredom of daily adult life. Then Ticks us through a list of iconic 1990s pop culture.

The audience add to the list, pitching in with tamagotchis and furbies.

Her Mother is affectionately ‘called out’ for all the toys that she wasn’t allowed to have, mostly to avoid being kidnapped – which leads to a very risky and sweetly delivered routine about men with vans. We hear about her nerdy, and brief, love of pathology. She elaborates on the various things she learnt from milestone birthdays, and reads at random from her childhood diary.

This appealing comedian, with craft and confidence, has created a set that felt like hanging out with friends, reminiscing, and larking about.  The hour went so quickly, that I would have happily stayed for the rest of the evening, but she sent us out into the relentless Edinburgh rain, with wise words about the perils of live streaming, and PJ and Duncan (now Ant And Dec) rumbling quietly in the background.