Review of: A Partnership

Gildded Ballroom present A Partnership, a sophisticated examination of life, love and how the most important relationship you have is the one you with yourself.

A Partnership at the Gilded Balloon is an unexpected gem at the fringe. A Partnership deliberately challenges the notion of a ‘gay’ issue play, firstly, as the main protagonist tells us, ‘gay is not a thing it’s an is’ – and so it is with this play. Secondly, the play is about relationships and deals with themes that are pertinent to all of us seeking comfort and closeness from our partners as it examines the way any couple might work to achieve that, or should I say struggle to achieve that?

The material concerns relationships, the hanging on, the loving, the muddling through the arguments and the moments we can grab to celebrate the good. Sometimes, as in any relationship, we can lose sight of  what binds us together  particularly with demanding jobs, family expectations and social pressures. However, where this play is original is when it thematically steers the conversation away from traditional gay anxiety as perceived by others and shifts the focus to people and relationships and this seems like a platform worth developing. 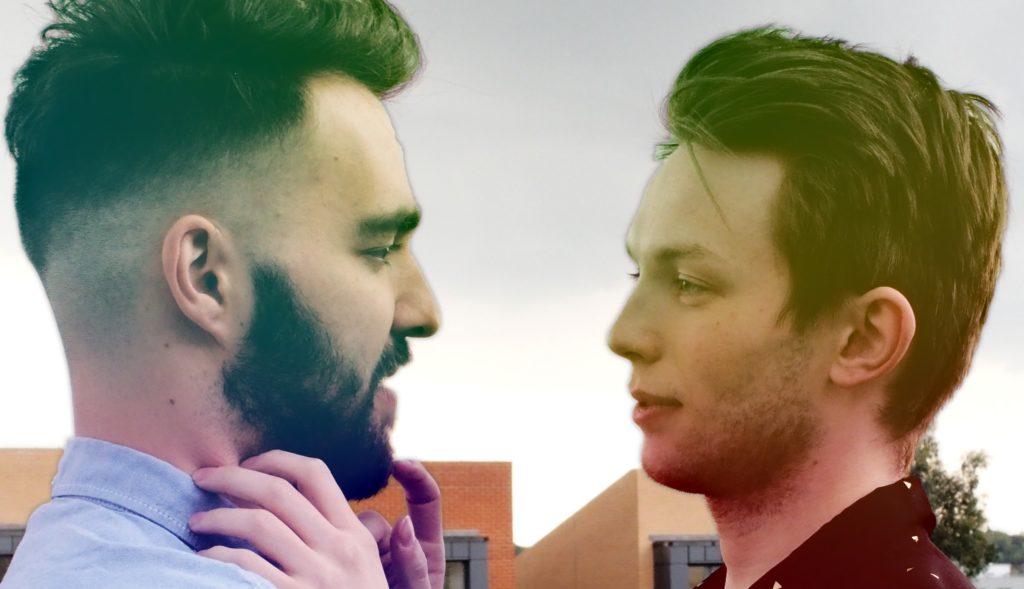 The writing feels authentic and the emotional journey sophisticated in its unravelling. It’s almost Ally’s birthday and he stands on the threshold of 30 resisting coming to terms with renewed responsibilities, mortgages and lack of clubbing. That is not the only thing lacking here, we realise that intimacy and commitment seem to be amiss as well. The partnership is five years old and the itch has started early between these two young upwardly mobile young men. Of course there are smart humorous quips ‘Hello to a John Lewis loyalty card’ which seems to send Ally into high anxiety but through the camp he knows there are deeper issues as his partner seems ‘fresh out of bedside manners’ but unearthing the issue is difficult with the emotionally clammed up Zach.

Loss of his mother has impacted on Zach and certainly his professional demands seem to take their toll but through a roller coaster of emotional turmoil we find that the greater pressures Zach suffers are from him self. The writing was generally fluent and lively creating a sense of long standing intimacy. Although clunky in places (some stereotypical behaviours might have been culled) the play really finds its feet when it unexpectedly exposes the homophobia from within.  Surrounded by packing cases is a suitable visual metaphor here as Zach, being pushed by Ally, tries to unpack his own emotional baggage – not an easy task.

The writing asks us to consider living the love. Living love where a person may not feel happy in their own skin or where a relationship might not manifest itself in some preconceived notion or where their behaviours are not what may have been conditionally expected and where societal demands make it difficult to declare their commitment. The play reminds us that close relationships are signified by holding hands or by gestures or simply by a kiss and should they not be freely expressed with ease?. All these things eat away at Zach and subsequently it impacts on the couple’s relationship because just like anyone else if you’re not happy with yourself it’s difficult to be happy with someone else.

A Partnership challenges the expected notions of behaviours. It is a play that has raised the bar as it considers the demands of monogamy and lifestyle in gay relationships. In particular it focuses on the internal struggle of some individuals who have to find an equilibrium between how they think and feel and how they behave.

Will Ally make it to 30 still in a relationship or will his partner bail out – buy a ticket and find out!