Review of: The Hunt

A tense and uncomfortable Nordic noir film-turned-play that resonates and disturbs in equal measure. Superbly acted with a wonderfully spare and effective set.

Lucas is the archetypal adored small town primary school teacher. He is witty, lively and considerate, loved by pupils, parents and fellow teachers alike. That he has turned to teaching following a split from his wife makes him still more attractive to a head teacher, Hilde, who is looking for love, and a parent, Mikala, in a troubled marriage. He is also popular within the local hunting lodge. While reluctant to be involved in the lodge rituals surrounding shooting, drinking, singing and saunas, he is a crack shot and commands great respect. Even his son, who has moved to the city with his ex-wife, is desperate to come back to live with him. 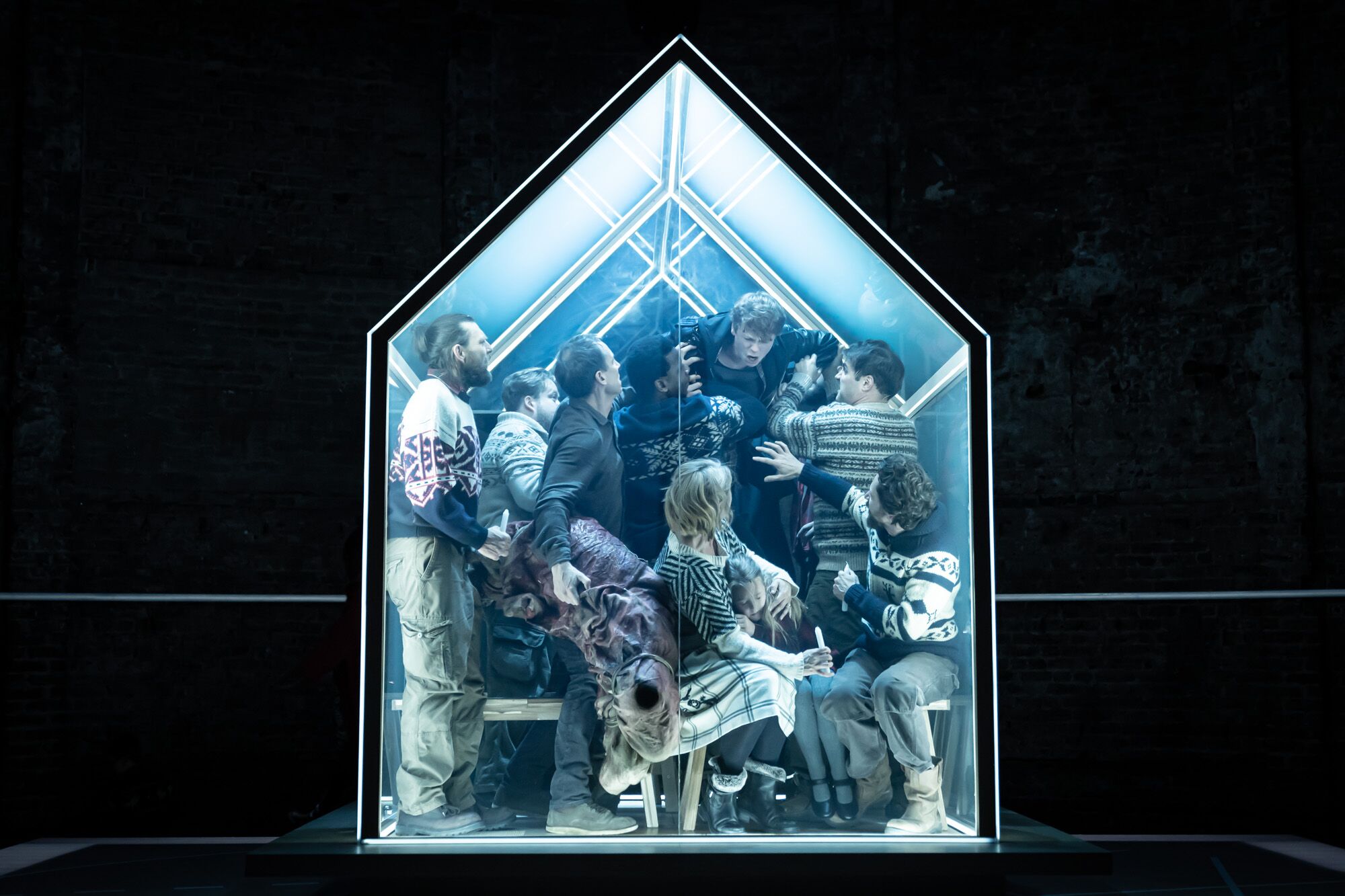 I Such admiration and love is not, however, sustained if the teacher concerned is accused of exposing himself to the children. When Lucas, waiting for the last child at school, Clara, to be collected, rejects a gift on the grounds of being inappropriate he becomes the unwitting victim of her childish revenge. Clara has been shown sexual images on her friend Peter’s phone (his father’s cast-off) and describes them as having been performed in front of her. The hysteria created prompts other children to make allegations and Lucas is suspended from school and rejected by the small community. How can he clear his name and can he ever regain respect?

Rupert Gould directs David Farr’s adaptation of a 2012 Danish film with great sensitivity. We share Lucas’s pain as all except his son immediately assume that he is guilty, and there is never any loss of credibility – even to the point where we too start to question whether he could really have been that perfect. The combination of the macho culture of the lodge, and the school authorities attempts to do everything above board, highlights many of the current issues surrounding the naming of the accused. The school informs parents of the incident and the children are interviewed without names being shared – but on a small community only one man has been suspended from his job.

This is an exceptionally well-acted production, with Tobias Menzies excelling in the role of Lucas. The Almeida set is, as ever, highly effective with a rotating glass hut centre stage working as sauna, hunting lodge and classroom. The only nagging issue is how the young actors (who are clearly not as young as the children that they play) cope in understanding the lewd acts that they describe. I have no doubt that the theatre has taken great care over the process, but it cannot have been easy.

There is a history of success in turning Nordic noir film drama into stage plays and it is no coincidence that the other great success (also performed at the Almeida) was Festen, given that this too was a film by Thomas Vinterberg. Intense drama within small communities may arguably be more effective within an intimate theatre rather than on the big screen. There is no escape from what many may find an uncomfortable watch – but The Hunt is nonetheless powerful for this.

The Hunt is on at the Almeida Theatre, London, from 17 Jun  – 3 Aug
Tickets and more information at: almeida.co.uk