Told through puppetry, music and live magic – and by an international team of creatives from the UK, the USA and Korea – Joyce is a quirky family show featuring two unlikely accomplices who fall into a children’s book. Turtle company Co-director Stevan Mijailovic tells us about giant hamsters, live magic and bringing a fantastical new show to life for children and grown ups 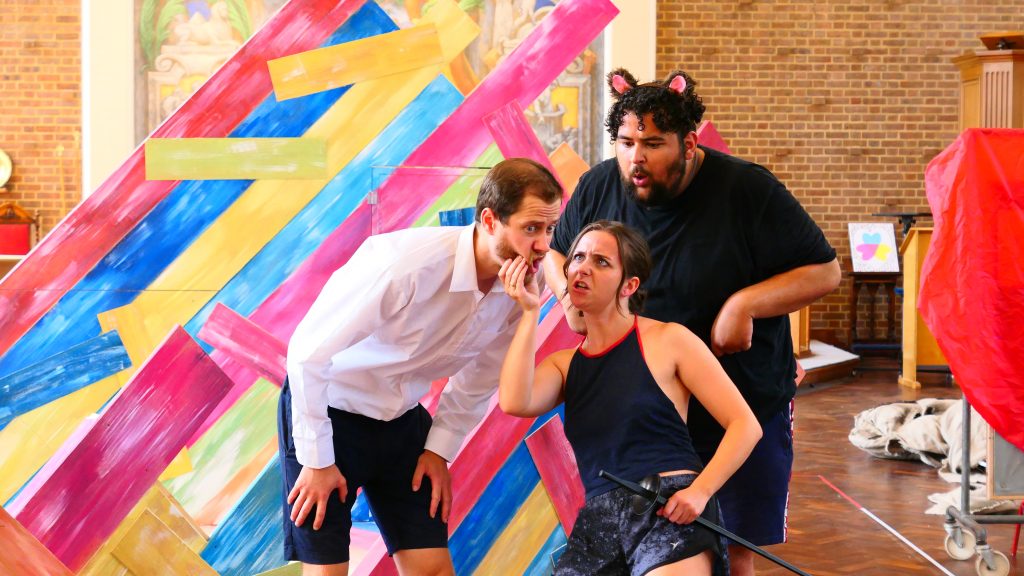 Can you tell us a bit about Joyce?

Joyce is a new family play that tells the tale of a Dad that gets caught up in a magical world along with Bo-Bo the family hamster. Throughout the play, we meet so many weird and wonderful characters from sticks of dynamite to giants. There’s music, magic and song. It really is a lot of fun.

Where did your inspiration for the show come from?

The inspiration came from Yossef K. Junghan saying that he wished there was a piece of theatre that he could take his nieces to that was fun for both him and them. So we had to work out what that meant. We thought about kids films and plays that we still liked to watch and why. We also thought about those that we didn’t like to watch but were so enjoyable as children. From this; playing around with our imaginations, exploring character ideas and having fun, Joyce was born.

Your creative team comes from Korea, the US and the UK. What’s it like working in such an international company?

It’s amazing having such variety in our creative team and it is exciting having all these voices from around the world working together, everyone trained in different ways, has had different experiences and has journeyed on different paths that have lead them here, which has made for a very interesting process. It has its difficulties when we are apart from one another as there are some serious time zones to contend with but when it all comes together it is worth the 2am skype calls.

You’ve also worked with award-winning magician Minsoo Park. What has he brought to the show?

Minsoo is a magician in every sense of the word. He has been incredible to work with in that you can say things like “can you make that float?” or can you make this happen and the next day he has made what seems impossible, possible. Also, his close-up magic is mind blowing and he has been entertaining the whole team since day one.

Joyce features a giant, human-sized hamster called Bo-bo. How does your actor playing Bo-bo get into character?

Bo-Bo has been a journey for Marc and it has taken a lot of hamster videos and animal movement work to get to a place where he can play around with the character which is now fantastic. It has got to the point now where he is being targeted by hamster advertisements on his social media from googling and watching hamsters on a daily basis. It’s been lots of fun finding the moments where he can just be a furry animal on stage.